Were you the victim of an assault or battery? It’s natural to feel scared or anxious after a traumatic event, especially considering the act that caused your injury was an intentional act of malice. Finding a trustworthy advocate, an experienced Chicago assault attorney, can help alleviate some of that fear, and allow you to take control of the situation.

This is a difficult question to answer as each case is unique and without going over the details of your case, we cannot make generalizations. The best thing you can do is to call our firm for a free consultation. The initial phone call will allow us to discuss the circumstances of your case, determine how to proceed, and work out the estimated value of your case.

While assault and battery are often used interchangeably, the terms mean two different things. Assault is defined as an intentional act to physically harm or threaten an individual. Even if the individual is not physically harmed, assault can occur if the victim feels threatened. Battery is defined as actually causing serious bodily harm or the infliction of actual harm.

Both crimes are punishable by law, but both can also fall under the umbrella of intentional torts which allows victims to file a civil lawsuit to receive compensation for the damages suffered. A Chicago assault attorney can help guide you on the steps needed to file an assault or battery lawsuit.

A civil wrong inflicted intentionally that can form the basis of a personal injury lawsuit.

A mental state required to prove both assault and battery – typically, the perpetrator must intend to cause fear or touch the victim.

Money awarded to the victims to compensate them for the harm they have suffered or to punish the perpetrator.v

What is the Difference Between Criminal & Civil Court?

When another individual causes injuries to you or a family member, law enforcement may pursue a criminal case against the aggressor. But, an assault case can also be tried in a civil court, and it is important to understand the difference between the two.

The primary goal of a criminal case is to impose punishment on the individual for their wrongful act. Punishment can be anything from fines to jail time. A civil lawsuit, on the other hand, allows the plaintiff to receive compensation for the damages the aggressor caused.

The key difference in criminal and civil court is the intent.

An assault must be intentional to establish liability, but it also means that only one person (the defendant) meant to commit the act that caused the other person (the plaintiff) to feel threatened.

What Else Should I Know About Assault & Battery?

Earlier you learned that assault and battery are two separate entities, but there are even different subcategories, too. There are two levels of assault or battery  – simple vs. aggravated which can mean misdemeanor vs. felony charges.

A simple assault is a threat causing someone to fear impending violence. It is a class C misdemeanor and can lead to community service of anywhere between 30 and 120 hours and/or a fine of no more than $500. Simple assaults against special victims such as police officers or other public servants are upgraded to a felony charge, though.

Typically involving weapons or more severe forms of threats, these charges are deemed more serious than simple assaults. According to the Illinois Statute, a person commits aggravated assault when he or she commits an assault against an individual who is on or about a public way, public property, a public place of accommodation or amusement, or a sports venue. An aggravated assault can also be classified on the status of a victim such as a disabled person, teacher on school grounds, or even a correctional institution employee. If a firearm is used in an assault, it becomes an aggravated assault.

“A person commits a battery if he or she knowingly without legal justification by any means causes bodily harm to an individual or makes physical contact of an insulting or provoking nature with an individual.” Like simple assault, it is classified as a misdemeanor unless it involves a special victim such as a police officer. In that case, the simple battery is upgraded to a felony charge.

Types of Assault and Battery

The Illinois Domestic Violence Act of 1986 established laws that protect victims of domestic violence. If an act of violence is committed by a “family or household member”, the victim is protected by the Illinois Domestic Violence Act. As defined in the act, a “family or household member” includes spouses or former spouses, parents, children, and stepchildren, persons who formerly shared the same home, persons who dated or were engaged, regardless of gender, persons who allegedly have a child in common, persons with disabilities and their personal assistants.

Abuse can also include a number of things. Most people believe it only includes physical abuse, but it can be defined as harassment, making a child or other person watch abuse, forcing you to do something you don’t want to do, or denying a disabled person access to needed care.

As mentioned above, an assault can occur without inflicting injury. If you have been verbally assaulted in a threatening manner, you may qualify for an intentional tort lawsuit. Certain types of speech, specifically if threatening harm, are considered assault, even if an injury did not occur. The only thing that needs to occur is fear for your or a loved one’s safety. If you have questions about what type of verbal abuse qualifies, a Chicago assault attorney can assist.

Stories of elderly loved ones being abused in nursing homes are not uncommon, unfortunately. Physical, sexual, emotional, or even financial abuse are all examples of the types of abuse elderly nursing home residents can suffer at the hands of their caregivers.

Driving Under the Influence (DUI)/ Driving While Intoxicated (DWI)

You’re on your way home from work when out of nowhere, a vehicle hits you. You suffer serious injuries as a result. If the driver of the other vehicle was driving while under the influence of alcohol or drugs, they can be held both criminally and civilly liable for your injuries.

In a similar instance to driving under the influence or driving while intoxicated, reckless drivers can also be held liable if their actions caused injury to another person. Charges can be pursued in a criminal court and a civil lawsuit could be filed seeking compensation for the damages suffered.

While assault does not necessarily mean an injury was inflicted, battery occurs when harm to an individual has occurred. Both assault and battery can be further divided between simple and aggravated. The difference between the two is often the threat or use of a firearm. If a firearm was used in the crime, harsher punishments are imposed, and the civil lawsuit can often request more compensation for damages.

Sexual abuse is considered a form of assault. In Illinois, sexual abuse and assault victims can take their abusers to court. While criminal charges may have resulted, the charges, in that case, will not help pay for your pain and suffering. This is where a civil case comes into play. Holding the responsible party accountable for the harm done to you rather than the crime committed can help you recover compensation for your suffering, medical bills, and even emotional distress.

In order to file a civil lawsuit, the victim must establish three elements in order to prove the accused’s intent.

How Can a Chicago Assault Attorney Help?

As Chicago injury lawyers, we have seen first hand the implications an assault can have on a person’s mentality – there is no sugar coating the devastating effects. We will fight for the compensation you deserve to move forward, and by doing that, you will be able to concentrate on healing from the experience.

But, you may be wondering what does compensation usually cover? Victims of assault an/or batter are entitled to both compensatory and punitive damages which can encompass a number of things.

Our unwavering dedication to our clients has allowed us to win millions in verdicts. If you are interested in learning more, we offer free, no-obligation consultations for any potential Chicago intentional tort lawsuit cases. Contact TorHoerman Law today to speak with an experienced Chicago assault attorney. 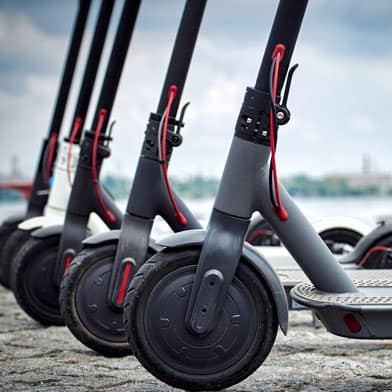 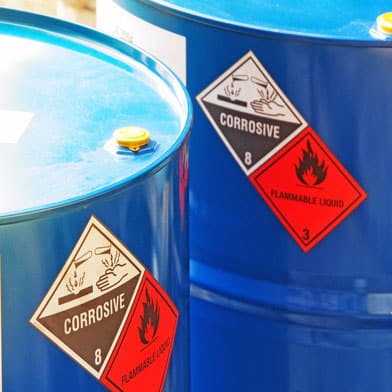 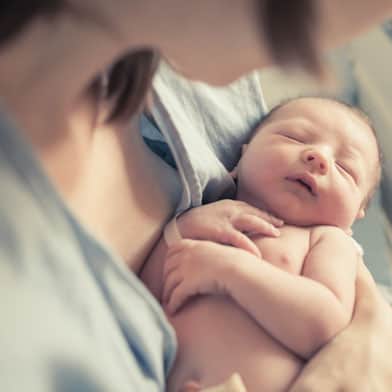 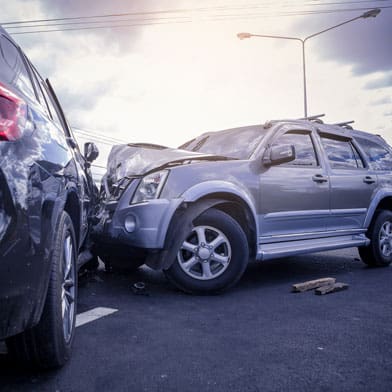 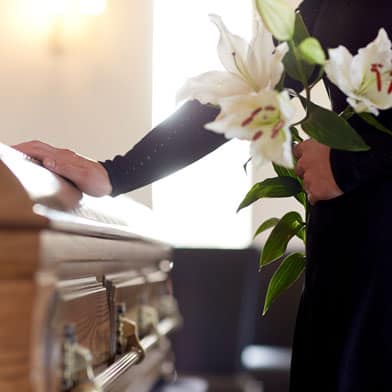 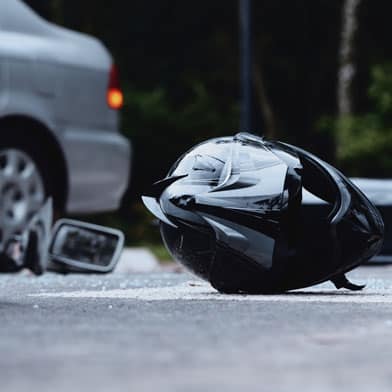 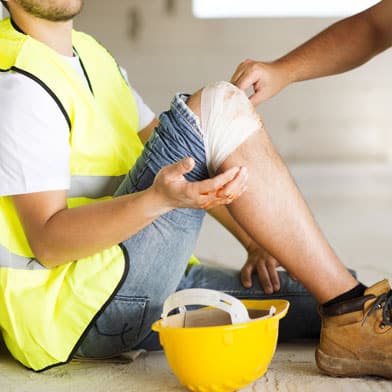 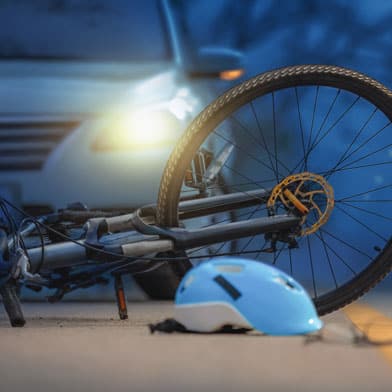