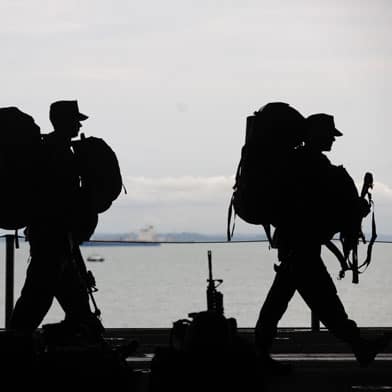 A former commander in the Vermont Army National Guard, Wesley Wade Black, and his family to receive a $3 million settlement to a medical malpractice claim against the Veterans Administration, one that left Black with “limited” life left. This claim states a Vermont Veterans Affairs hospital failed to discover the former commander’s colon cancer developed by the inhalation of smoke from burn pits during his years serving in Iraq and Afghanistan.

Vermont U.S. District Judge Geoffrey W. Crawford approved this settlement, stating, “time is limited due to the course of Mr. Black’s Illness.” Wesley Black was awarded a Purple Heart and Bronze Star Medal, but that is of little comfort as, after the diagnosis in 2017, he was told by doctors that he was likely to die from cancer within five to six years.

His family is to receive about $2.1 Million and his legal team almost $850,000. $358,500 of the family’s settlement is reported to be placed into a trust managed by Black’s wife but there for their 5-year-old child.

According to his lawsuit, Black would breath burn pit fumes from an open-air area devoted to the combustion of trash, often done with jet fuel or diesel. These military activities occurred for as much as 8 to 12 hours at a time during his 4 years in Iraq and one in Afghanistan. Once his tours were over, he developed several bowel issues, including chronic diarrhea.

Black eventually looked for treatment at a Vermont VA hospital around July 2013, but they ultimately diagnosed him with irritable bowel syndrome, without conducting any additional lab test that could’ve discovered signs of colon cancer.

In 2017, Black was reported to the emergency department of the VA. Doctors found the cancer, but it was already too late. As the lawsuit says, “Wesley Wade Black [was] deprived of the opportunity to be cured”.