Social media platforms are used by millions of people everyday to connect with others who have similar interests, post pictures, and keep up-to-date on the latest news.

The positive aspects of social media are varying, but there is a more serious matter to confront with these platforms: the mental health issues that have risen in young adults.

You may be eligible to file a Social Media Mental Health Lawsuit if you are the parents of a teen, or teens, who attribute their use of social media platforms to their mental health problems.

Parents of teenage users who have taken their own life as a result of mental health problems linked to social media usage may be eligible to file a wrongful death claim. 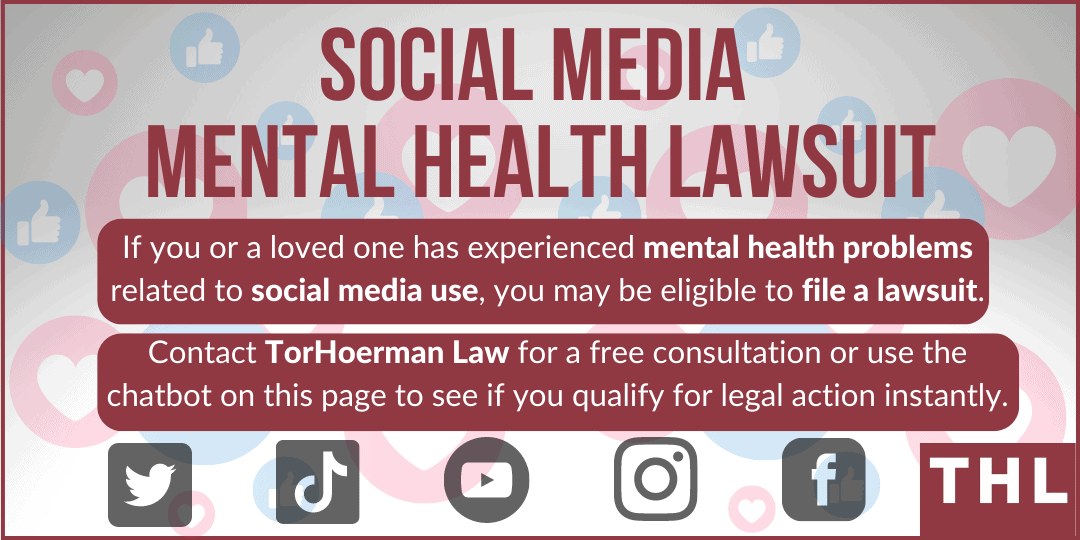 Social media companies like Facebook (Meta), Instagram, TikTok (ByteDance), and others have evaded responsibility for putting teen mental health at risk, and these lawsuits aim to compensate victims for their injuries and damages.

What do lawsuits against social media companies allege?

These lawsuits allege that social media companies knew or should have known that their products are potentially unsafe for children. They claim that certain mental health problems in young people have been directly caused by excessive social media use, encouraged by the way that social media platforms are crafted.

What Are Potential Injuries in a Social Media Harm Lawsuit?

Teens and young adults who have used social media sites and subsequently suffered from mental health impacts may be eligible for a lawsuit.

If you or a loved one have suffered from any of the following, contact us for a free consultation:

What Are Potential Damages in a Social Media Harm Lawsuit?

In a Social Media Harm Lawsuit, damages could include some of the following:

Other potential damages are possible.

As the legal pressure on social media companies grows, more damages may become viable in claims for compensation.

Is this lawsuit a class action lawsuit?

No. These lawsuits are pending to be certified as a multidistrict litigation (MDL). MDLs are a type of legal procedure used to speed the process of handling complex litigations by consolidating cases and addressing pretrial procedures in a single court.

MDLs are consolidations of lawsuits with similar allegations and injuries, and are designed to ensure consistent rulings across cases with similar context.

Facebook and Instagram (now Meta) support consolidation of the lawsuits, but other defendants like TikTok, YouTube and Snapchat are opposed to consolidation as they believe their platforms are not as related as Meta is to the claims.

Visit this page for more updates as they become available.

Lawsuits against social media companies have alleged that teens and children are suffering from mental health issues and other related disorders due to excessive use and exposure to harmful content. 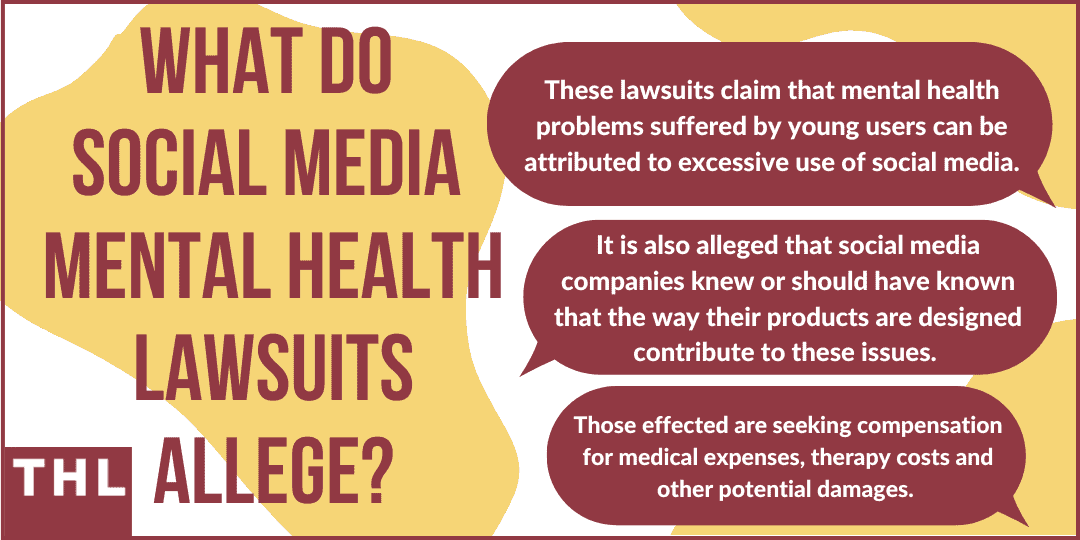 These claims center around the idea that social media companies like Facebook, Instagram, TikTok and Snapchat were intentionally designed to retain an audience of young users, and that in turn causes mental health problems.

The social media companies are accused of failing to warn users and parents about the risks of their products.

How did the Social Media Mental Health Lawsuits Come About?

Lawsuits alleging mental health problems in teens and young adults due to social media use stemmed from Facebook whistleblower Frances Haugen's testimony before congress, as well as the release of leaked internal Facebook documents on teen mental health relating to their platform.

What Health Effects are Potentially Linked to Excessive Social Media Use?

Lawsuits for health impacts from social media use include a variety of injuries or mental health effects, including the following:

With the extremely high rate of social media use by teens and children comes a high rate of potential mental health problems.

Paired with the social isolation of the COVID-19 Pandemic, the mental health impacts on vulnerable teens is at an all time high. 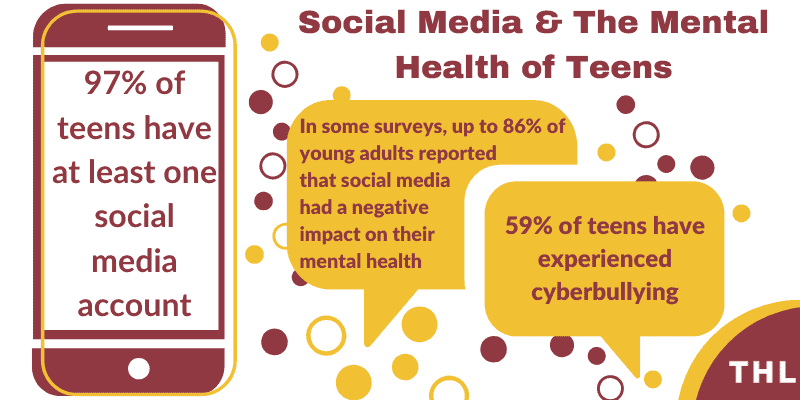 According to the Pew Research Center, 45% of teens are on social media "almost constantly", with an average over 60% using the top social media platforms daily.

A University of Pennsylvania study found that social media use increases depression and loneliness in teens.

The University of Pennsylvania study look at the social media sites Facebook, Instagram and Snapchat, and found that when teenage users engaged with social media sites for only a limited period per-day, their mental health took a dramatically positive turn.

Research on the rise in depression and anxiety in teens as it relates to social media use is fairly limited.

Efforts to expand knowledge on the issue include the University of Wisconsin - Madison's Social Media and Adolescent Health Research Team (SMAHRT), established to focus further research on these issues, promote social media safety, and strategize how social media users can change their relationships to certain platforms.

Instagram, more so than Facebook, is used by millions of teenagers on a daily basis and has been a catalyst in an increased risk for mental health problems in teens.

The Facebook Papers, leaked and published in an investigative series by the Wall Street Journal called the "Facebook Files" detail the internal research that Facebook employees completed.

The research at Facebook concluded that their platforms have a major impact on the mental health of young users, specifically teenage girls and young women.

TikTok, owned by Chinese company ByteDance, is among the most popular social media sites for teens and children.

The video platform is easy to use and understand, and filters users personal feeds according to an algorithm.

The negative effects of TikTok have been widely reported on and are now beginning to garner scientific research.

Snapchat is a popular messaging and image sharing app used by teens around the world.

Snapchat lends itself to excessive use in that users are encouraged to use the platform daily to keep their "streaks" - consecutive days they use the app to send messages to another user.

Excessive social media use has been proven to contribute to negative mental health effects in teens and young adults.

Child Sexual Abuse Material (CSAM) is a type of child pornography that refers to images or videos depicting sexual exploitation and the abuse of children online.

CSAM has been found on numerous social media sites, but has been especially rampant on Instagram.

This illegal and harmful content is spread within communities and groups on the platform, and Facebook (Meta) is aware of this, publishing a research study on the subject.

CSAM distribution is illegal and users can face criminal charges for partaking in the communities.

Legal action is being considered against social media companies for their part in allowing these communities to exist and for allowing vulnerable users to be exploited.

Our law firm is investigating the claims against social media companies for mental illness caused by excessive usage.

Social media platforms have been proven to have negative effects on the mental well-being of teens and children who use them, and these lawsuits aim to compensate victims for the suffering that has been caused. 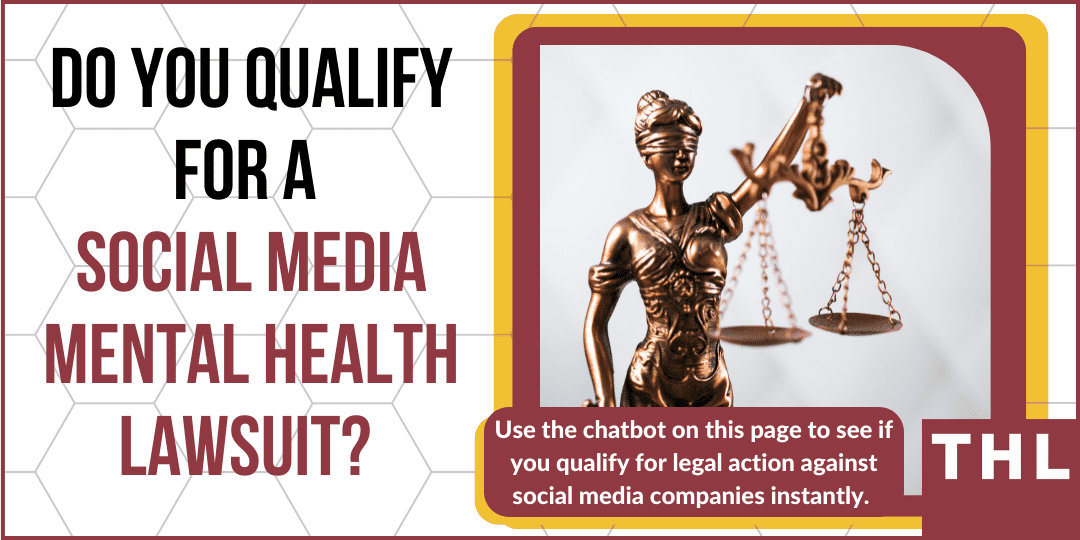 TorHoerman Law and our associated law firms are investigating the potential litigation against social media companies.

We understand the detrimental effects social media can have on young people and how these massive companies have evaded responsibility for their part in the mental suffering of some teenage users.

We are currently investigating and strategizing how to effectively move forward with legal action. 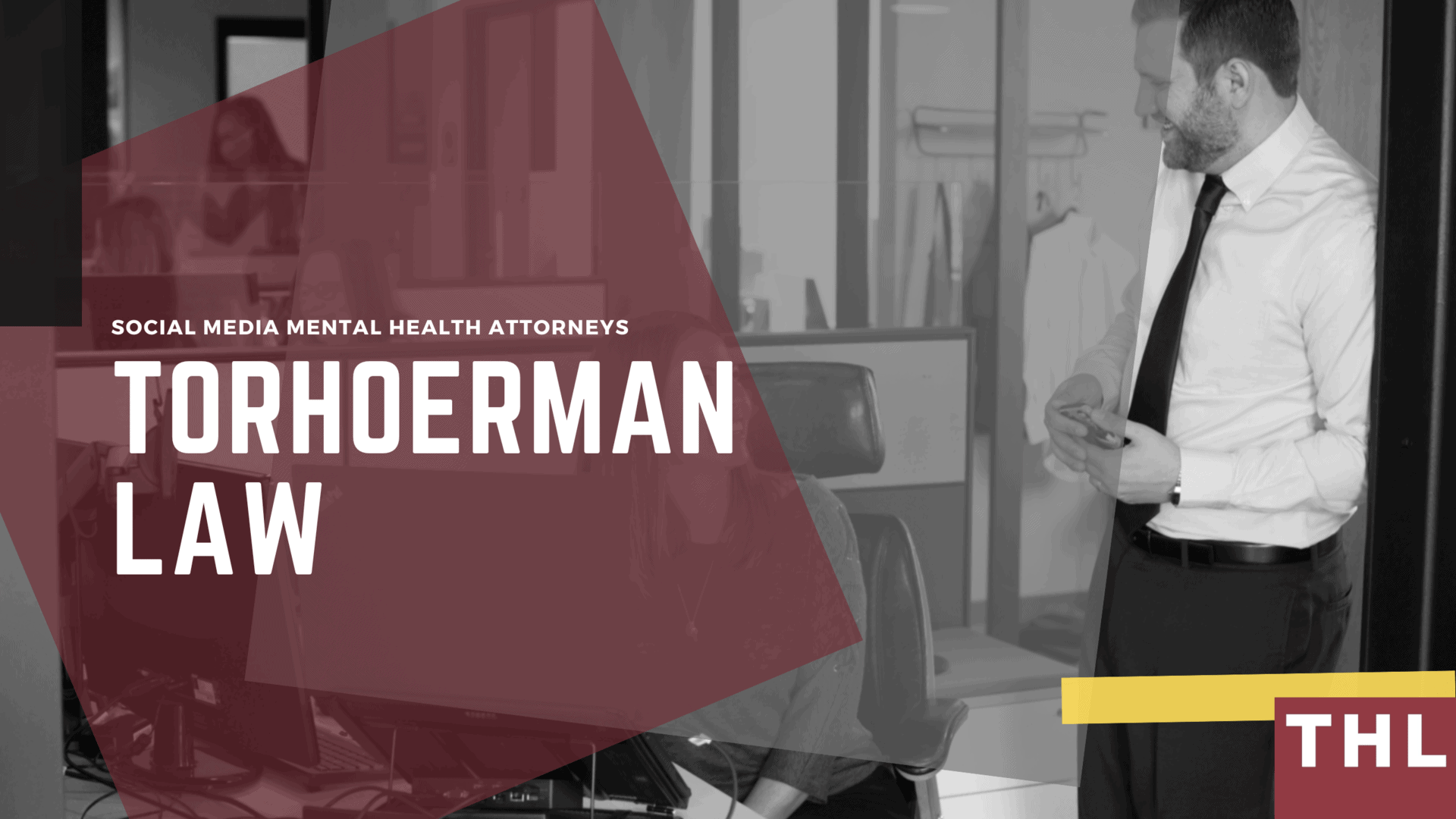 If you or a loved one have suffered from mental health problems potentially caused by social media usage, particularly Instagram, you may qualify for a claim.

Contact us today for a free consultation or use the chatbot on this page to see if you qualify instantly.