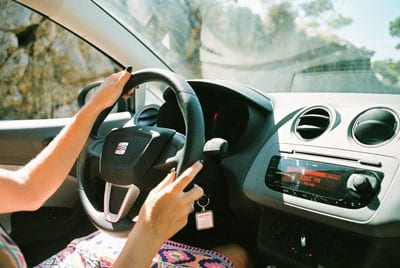 In a recent U.S. House of Representatives floor session, House Representatives passed the SELF-DRIVE Act (Safely Ensuring Lives Future Deployment and Research In-Vehicle Evolution) by a 2/3 majority. If ratified, the bill could become the framework for federal regulations and laws governing autonomous vehicles.

“This bipartisan bill paves the way for advanced collision avoidance systems and self-driving cars nationwide, and ensures that America stays a global leader in innovation,” said House Rep. Greg Walden (R-Ore.) and Rep. Bob Latta (R-Ohio) in a joint statement. Walden is the Chairman of the House Energy and Commerce Committee, the congressional committee that approved the bill for floor debate in July.

The SELF-DRIVE Act is now off to the Senate floor, where the second congressional branch will draft their own form of the bill. SELF-DRIVE Act sponsors hope to negotiate the bills and sign them into law soon. If ratified, SELF-DRIVE will be the first major step by the federal government to regulate self-driving cars on U.S. roadways. Federal oversight seems to be welcomed by the usually anti-regulatory auto-industry, who is dabbling in the completely unchartered territory of autonomous vehicles.

Until now, states have held comprehensive regulatory duties over self-driving cars, making it difficult for the auto industrial-technological complex to circumnavigate the 21+ differentiating states’ laws, purposes, and definitions that have been used to govern the engineering and design of autonomous vehicles. The SELF-DRIVE Act would pre-empt states from implementing certain laws governing autonomous vehicle technology. Under the bill, states will still regulate vehicle registration, driver education, insurance, law enforcement, and local issues. While the federal government will dictate other aspects of autonomous vehicles, such as traffic safety standards.

But the extent of federal power over autonomous vehicle engineering is in contention. On the House floor, lobbyists from the auto-industry argued that manufacturers need flexibility in the design process. While autonomous vehicles are still in the early stages of design for mass-use purposes, manufacturers want time and federal complaisance to explore different designs before strict safety regulations bog them down. With the introduction of autonomous vehicles on a mass-scale, Congress and automotive manufacturers hope to drastically reduce the number of fatal auto accidents. The National Highway Traffic Administration – the agency that is tasked with regulating autonomous vehicle safety standards – estimates that 94% of fatal accidents can be attributed to human error.

In 2016 alone, there were nearly 40,000 fatal car accidents. With the proper safety protocols and regulations, self-driving cars could save thousands of lives every year. Optimistic estimations, which predict a steep downtick in annual fatal accidents, have led lawmakers to push the bill through the legislative process with haste. The Senate is expected to release its autonomous vehicle regulatory bill soon.

The Senate plans to address issues that the House did not, including self-driving trucks and how they could affect the commercial trucking industry. Until both congressional bodies have come to an agreement on an autonomous vehicle bill, the future of self-driving cars is very much in the air. But lawmakers and industry representatives both seem to be optimistic about the prospect that future U.S. roadways will be dominated by safe autonomous vehicles.