Tor Hoerman is a nationally recognized lawyer dedicated to helping those who suffered an injury or loss as the result of corporate or individual misconduct. Recognized as a leader in the industry by Courts and colleagues alike, he has been very active in numerous Mass Torts, with tremendous results and success. Over the course of his career, Tor has been actively involved in various complex litigations, including acting as lead counsel and serving on steering committees.

Tor’s excellent reputation in the legal industry is shaped by his dedication to others and the number of successful cases that have followed. He has been recognized by his peers as one of the top 100 lawyers in the State of Illinois every year since 2012. He is on the Board of Governors of the Illinois Trial Lawyer and active as an executive board member of the Mass Torts Trial Lawyer Association. Tor was also selected as a Top 25 Distinguished Alumni from his alma mater, Chicago-Kent School of Law.

As an empathetic and compassionate advocate for those who have been injured or killed as a result of the negligence of another, Tor has taken on some of the world’s largest and most profitable corporations to achieve justice simply because he believes corporations should be held accountable for their actions when they choose to put profits before people.

Tor earned his undergraduate degree from DePaul University and graduated from Chicago-Kent School of Law. After gaining considerable experience in the legal industry, Tor founded TorHoerman Law in 2009, which just celebrated its 10th anniversary. Presently, there are more than 20 employees spanning three cities, all working towards the goal of helping those who have been wronged.

Eric was born and raised in Dallas, Texas. He now lives in the Loop of Chicago with his two dogs: Rosie and Wrigley.
Before deciding to pursue a career as a litigator, Eric was interested in being a Broadway performer. He spent two and a half years studying Acting and Vocal Performance at Oklahoma City University, a well-renowned performing arts college; and spent his Summer’s in New York auditioning for shows and honing his craft.
Eric traded in performing on a stage to performing in a courtroom. 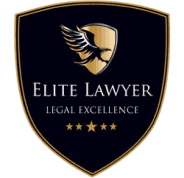 Tor is the proud father of Casey, Kirsten and Quinn, and husband of Jessica.

Personally, Tor is the proud father of Casey, Kirsten and Quinn, and husband of Jessica. He tries to stay active including still playing baseball.