According to a study conducted by the U.S. Centers for Disease Control and Prevention's National Center for Health Statistics, there were more than 63,000 accidental deaths attributed to overdose in 2016. Most of those deaths were a result of opioids. In the United States, the opioid crisis has become a dire problem. Many of those addictions began after the person was given a prescription to counteract pain following a surgery or injury. More than 140 Americans die from opioid overdose every day. While the official statistics for 2017 are not in, they are expected to be similar if not worse. The war against opioids wages on.

When people think "opioids", they usually associate the word with heroin. And while heroin is, in fact, an opioid, it is not necessarily the root cause of our nation's current epidemic. The problem, which was brought to light in the mid-2000's, did not start with street narcotics – In 2009, heroin accounted for only 9% of fatal drug overdoses & synthetic's accounted for 8%. Today's epidemic was initiated by the completely legal products that are nearly-bioequivalent to heroin: prescription painkillers. Oxycodone, Hydrocodone, and similar pharmaceutical medications, popularized by pharmaceutical companies in the 90's, accounted for 26% of fatal drug overdoses in 2009.

In the last decade, significant efforts have been made by our justice system as well as special interest groups to counter the prescription opioid crisis. From a superficial perspective, these efforts appear to have been met with at least some success. Prescription opioid fatal overdoses are down by 3%. This could be attributed more to the increased efforts towards overdose response and less to the efforts to reform prescription painkiller distribution. But while prescription painkiller fatalities have dropped in the past nine years, opioid fatalities have skyrocketed. In 2009, opioid overdoses accounted for around 21,000 fatalities in the U.S. By 2016, opioids accounted for 42,249 fatalities. But how? The spike in opioid fatalities can be attributed mostly to the introduction and growing popularity of synthetic opioids. Synthetics are added into street narcotics in varying amounts to increase the potency of the products. These synthetic products are unregulated, untested and highly dangerous. 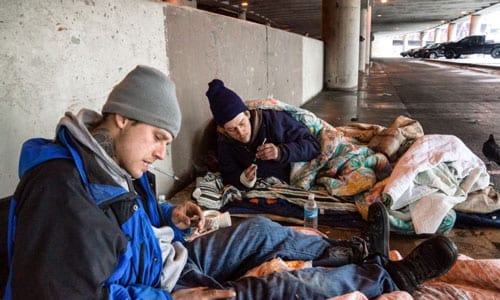 Take for example Fentanyl. Fentanyl has become one of the most common street synthetics. Fentanyl is up to 100 times more potent than morphine (and many more times potent than heroin). Just 3-milligrams of fentanyl is enough to kill an average adult male. Fentanyl products are in high demand; users prefer strong synthetics over less potent opioids, despite the immense risks. It is a common misconception that users prefer synthetics because they choose to use synthetics in the first place. Most opioid users don't start off using synthetics or even street narcotics. In fact, a 2013 study found that nearly 80% of heroin users reported using prescription opioids prior to heroin. But because of the characteristics of prescription opioids, habitual users seek out synthetics as a way to combat their body's growing tolerance. Prescription painkillers can be highly addictive, so the more often someone uses them the more addictive they become.

As more people start to turn to more dangerous street narcotics, the number of synthetic overdose fatalities has skyrocketed, with an average increase of 88% each year since 2013. From 2015 to 2016 alone, fatal synthetic opioid overdoses doubled from 9,500 to 19,400. Fatal heroin overdoses have also been on the rise, increasing 19% on average each year since 2014. These trends have led us to "National Health Emergency" that is the opioid epidemic. The number of fatalities is so dramatic that it has actually attributed to the decrease in U.S. life expectancy for the last two years.

What Are We Doing To Combat The Opioid Epidemic?

In October, the executive administration declared the opioid epidemic a public health emergency but fell short of its promise to declare it a national emergency, which would have increased funding towards efforts to tackle the epidemic head-on. While the anti-opioid ad-campaign that has been initiated is a decent first step, it is not the response that the epidemic beckons. But, action has been taken by cities and states against pharmaceutical companies for their role in the opioid addiction epidemic. On May 31, Ohio's General Attorney, Mike DeWine, filed a lawsuit alleging pharmaceutical companies recklessly advertised their products by minimizing the risks while excessively promoting the benefits. This lawsuit is following a string of similar lawsuits in Mississippi, Illinois, New York, several U.S. counties, and the Cherokee Nation. Although similar to the landmark 1998 settlement agreement against tobacco manufacturers' in countless ways, the primary difference in the opioid lawsuit will be proving the pharmaceutical companies contributed to consumer's addiction. This may be difficult because many consumers ignore doctor’s instructions and warning labels on the medicine bottle. Outside of any concerns over the likelihood of winning a lawsuit, we know that opioid addiction is an epidemic - plain and simple - and taking action against the pharmaceutical companies is a step in the right direction in the effort to solve the crisis. For pharmaceutical companies, this isn’t something that will likely go away soon. Thousands are affected by opioid addiction, but with a united effort, we can fight to end the opioid epidemic.

Is There A Solution?

Statistics of opioid abuse have shown a rise in the number of users over the last decade. Fatal overdoses are only now rapidly ascending parallel to the rise in the use of dangerous street synthetics. But what research has shown us is that a vast majority of users are still becoming addicted to prescription pain medications first. To kill the snake, you must chop its head off. Before any real progress can be made to end this epidemic, complete reformation of prescription opioid distribution is necessary. This will not come before federal regulations on the pharmaceutical industry are initiated. Until we, as a society, can recognize the real issue behind the opioid epidemic lies in overdistribution and overuse of painkillers, we cannot expect to see an end to the opioid epidemic in sight.

Abuse, National Institute on Drug. “Prescription Opioid Use Is a Risk Factor for Heroin Use.” NIDA, www.drugabuse.gov/publications/research-reports/relationship-between-prescription-drug-heroin-abuse/prescription-opioid-use-risk-factor-heroin-use.