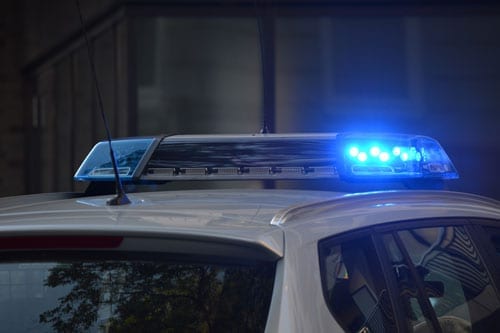 Tiger Woods was recently arrested near his South Florida residence for driving under the influence (DUI). Since that time, images of Woods' mug shot have been widely circulated. Information on the arrest detailed Woods' demeanor included slurred speech, failure to complete a sobriety test and unconsciousness at the wheel, leading most people to assume Woods had been drinking. But his BAC test results show that Woods had not consumed any alcoholic beverages before getting behind the wheel. In fact, medication prescribed by Woods' doctor was the sole reason for his incapacitated state.

While DUIs are most commonly associated with alcohol consumption, they are not limited to alcohol alone. Drivers are considered "operating under the influence" if they have consumed any recreational drugs, or in Woods' case, certain prescription medications. Unlike alcohol, authorities cannot measure prescription medication to a standard in order to determine whether an individual is unable to operate a motor vehicle.

Rather, it is up to the officer's own assessment of the driver's state to decide whether someone has been rendered incapable of driving. In the case of Woods' arrest, the on-scene officers assessed Woods' cognitive abilities before deeming him incapable of operating a vehicle. After conducting BAC testing, alcohol was ruled out. Further questioning and testing revealed that the golfer had consumed a cocktail of prescription medications. Woods was arrested on scene and is now awaiting his arraignment scheduled for August 9. If convicted, Woods may face fines of up to $2000, probation, or possible imprisonment of up to six months.

According to the police report, the golfer is currently prescribed Vicodin, Solarex, Torix, and Viox. These medications were likely prescribed following a recent back surgery Tiger Woods underwent in late April. Tiger Woods claimed that he was not aware of the danger of driving while using the medication although the labels for these prescriptions warn consumers of the associated risks with driving. He explained in a statement, "I didn't realize the mix of medication had affected me so strongly." Individuals with prescriptions often do not take into account that certain medications can affect cognitive functions to the same extent as alcohol.

It is important to be aware of the side effects involved with your prescription. Check the label or talk to your healthcare professional to ensure that it is safe to operate a vehicle while taking your medication. The potential ramifications of driving under the influence of prescription medication (that impinges upon your driving abilities) are the same as driving under the influence of any other substance. If convicted, drivers face the same penalties as any alcohol or drug related DUI. Even if you are not caught, the likelihood of being involved in an accident increases dramatically. For example, a 2015 study by the Governors Highway Safety Association found that almost 43% of driver fatalities involved either prescription or illegal drugs in the driver's system.

According to a study conducted by the National Highway Traffic Safety Administration, fatal accidents where the driver tests positive for a medication or drug has doubled over the past decade. Tiger Woods situation, though unfortunate for the 14-time PGA major champion, started a more important conversation: alcohol is not the only contributing factor of a DUI. Driving under the influence of any debilitating substance, such as prescription medication or even opioids, is incredibly dangerous, not only for the driver but for other motorists as well.