TorHoerman Law offers free, no-obligation case consultations for all potential clients. Contact us today to speak with an experienced attorney about your legal options and getting compensated for the injuries you’re suffered as a sledding athlete.

Yes. A concussion is often referred to by doctors as a “mild TBI.” Both terms are used when a person experiences a change in normal brain function for no longer than a minutes following trauma. Concussions are usually not life-threatening, but their effects can be serious.

The case value of a traumatic brain injury depends on a number of factors. Damages claimed for a typical brain injury case are almost always over $100,000 and claims in the millions are not uncommon. Awards of these amounts do not mean that you will receive this amount; several expenses must be taken into account.

Oftentimes, legal fees can be unafforable for potential clients. However, TorHoerman Law operates on a contingency fee basis. Thus, our clients do not owe us any payment until they have received financial compensation for their injuries. 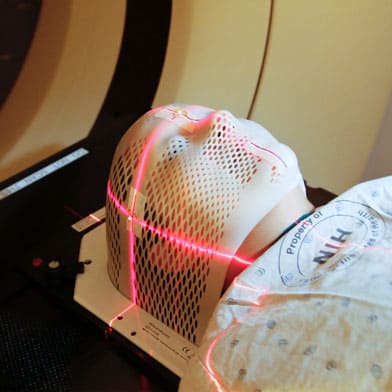 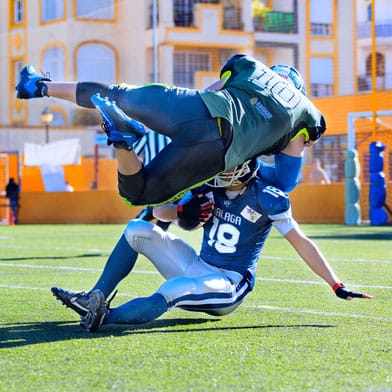 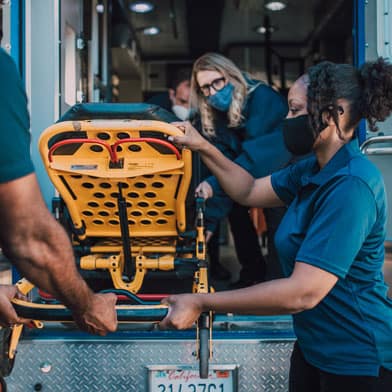 Sliding sports such as bobsled, luge, and skeleton have captivated Olympic audiences for nearly a century. Athletes in these niche sports — there are just a few hundred people involved in sliding sports in the United States and Canada — accelerate down tracks at speeds that reach up to 80 miles per hour. While sledding athletes make headlines every four years, they are often left out of discussions about brain injuries in sports.

An increasing number of bobsled and skeleton athletes have reported that they suffer from psychological symptoms affiliated with traumatic brain injuries (TBI). After several high-profile athletes took their own lives, it became clear that the trauma is a real concern. Athletes who suffer from TBI, whether through repeated minor impacts or a high-speed collision, can be affected for their whole lives. If you or a loved one suffered from a skeleton or bobsled head injury, you could be eligible for a sliding sport athlete brain injury lawsuit.

Patterns of head trauma, deteriorated cognition, and athletes taking their own lives have raised a question — “Is sledding safe?” Sliding sports athletes in bobsled and skeleton have exhibited post-concussion symptoms often associated with athletes in high-impact sports (for example, NFL players). The New York Times reported:

“In recent years, an increasing number of athletes, current and retired, in sliding sports, especially bobsled and skeleton — a sister sport in which competitors slide headfirst on a small sled made of metal and carbon fiber — have said they battle chronic headaches, a heightened sensitivity to bright lights and loud noises, forgetfulness and psychological problems.

Brain experts who have studied these athletes say the symptoms most likely stem, at least in part, from years of enduring the notorious crashes, routine headbanging, brain-rattling vibrations, and strong gravitational acceleration forces that are common in their sports.”

Neuroscientists and psychologists are still working to understand the effect sliding sports have on athletes’ brains. While the specifics are still being studied, it’s clear that sledding and sliding sports can cause significant damage to the brain. Personal injury lawyers and law firms are now filing sliding sports brain injury lawsuits on behalf of those that suffered brain injuries resulting from sledding sports.

According to the New York Times, sliding sports athletes were knowingly or could have been knowingly put at risk of injury by coaches, medical examiners, and other staff and were either not properly warned, full precautionary measures were not taken, or both.

As a sledding athlete, you were obviously aware that your sport came with at least some risk. However, the severity of long-term damage from head injuries, which seem to be known but not minimized with total capacity by team staff and the Olympic organization as a whole, was either downplayed or not fully recognized by many athletes. Now, athletes are facing the harsh consequences of this misinformation.

If you are now suffering “sled head” from your time as a sledding athlete, you deserve compensation for the costs associated with your injuries. Contact TorHoerman Law for a free, no-obligation consultation with a sled head injury lawyer today.

Several notable bobsledders and other sliding sport athletes committed suicide, raising questions about the sports’ effect on mental health. According to The New York Times, numerous prominent North American sliding sport athletes have killed themselves in the last decade after struggling with depression, Parkinson’s disease, addictions, and other issues. Friends and family of the athletes reported that they exhibited impulsive and violent behavior that they believe was because of their sustained head injuries.

What is Sled Head?

The negative mental effects of sliding sports, particularly in bobsledding and skeleton, are not a secret. In fact, athletes use the term “sled head” to describe their exhausted, foggy mental state after a routine track run. This concerns doctors and brain specialists who see the term as evidence that repeated micro-traumas are normalized in sports.

“Sled head” symptoms — headaches, mental fog, and exhaustion — often mirror the same traits of concussions and other mild traumatic brain injuries that athletes who played football, rugby, and other high-impact sports. Some doctors and specialists in brain trauma have even compared sliding sport athletes’ micro-traumas to an adult form of the shaken baby syndrome.

Discussing traumatic brain injuries in sports has become more common when talking about high school and college football players, but it is often overlooked for sliding sport athletes. Attention to sledding and skeleton athletes has primarily centered on high-impact crashes instead of repeated micro-traumas. While some organizations are working to reduce head injuries in these sports, it remains clear that accountability is lacking. For example, Bobsleigh Canada Skeleton’s concussion policy contains “no current guidelines for the management of sled head.”

Do I Qualify for a Sliding Sport Brain Injury Lawsuit?

If you or a loved one participated in bobsled, skeleton, luge, or other sliding sports and subsequently suffered head or brain injuries, you may qualify to file a sliding sport brain injury lawsuit.

Contact a sled head injury lawyer today to discuss your situation and potential legal actions, including filing a lawsuit.

Dealing with a sports-related brain injury is a difficult experience. Families are left to attend to their loved one’s trauma while handling legal and financial battles. At TorHoerman Law, we understand that the process can feel overwhelming and emotionally taxing.

Our team of personal injury attorneys will work with you to help you earn the compensation and relief that you deserve.  We offer free, no-obligation case consultations for all of our potential clients and are happy to discuss your potential sledding athlete brain injury lawsuit. Contact us today to learn more about how a sled head injury lawyer can help you.

“Concussions in Sledding Sports and the Unrecognized ‘Sled Head’: A Systematic Review.” US National Library of Medicine National Institutes of Health, 2018, www.ncbi.nlm.nih.gov/pmc/articles/PMC6153360/.