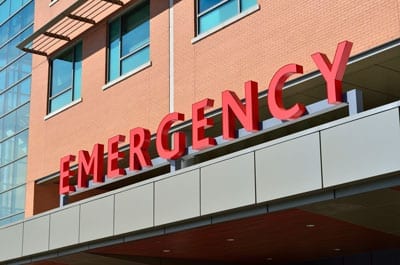 A massive chemical spill in the Chicago north suburb of Beach Park has sent 40 people to the hospital on Thursday morning. 7 of those individuals remain in critical condition. It is being reported that a leak in a large container of anhydrous ammonia — a colorless gas that, if inhaled, can cause unconsciousness and even death – created a plume of chemical smoke which local residents were exposed to. A tractor was towing two 2-ton containers of anhydrous ammonia near 28th Street and Green Bay Road, according to Sgt. Christopher Covelli of the Lake County Sheriff’s Office. One of the containers began to leak early Thursday morning around 4:00 a.m. Officers were initially called in to respond to what was believed to be a vehicle fire at around 4:30 a.m. Upon exiting their squad cars, the officers were overwhelmed with the fumes from the airborne chemical and forced to retreat, according to Covelli. Authorities initiated a level 5 HazMat response to handle the situation.

Residents exposed to the Beach Park chemical spill were taken to nearby hospitals for inhalation and breathing issues. Among those exposed were 3 responding police officers as well as 11 firefighters. So far, 7 of the victims have been released. 7 victims remain in critical condition, including a local firefighter. The Beach Park chemical spill is now contained, as reported by the Lake Forest Fire Department. All Beach Park residents within a one-mile radius of the site of the leak were asked to remain indoors with their windows and doors closed and air conditioning and heaters turned off, but the shelter-in-place order was lifted shortly after 10 a.m. Officials monitored the smoke plume throughout the day before allowing people to visit the park.

Why is Anhydrous Ammonia Dangerous?

In certain cases, exposure to Anhydrous Ammonia can lead to serious injury or death.

What is Anhydrous Ammonia Used For?

Among other uses, anhydrous ammonia is a chemical commonly used as an agricultural fertilizer. Officials are investing whether the tractor was following proper agricultural laws, including regulations regarding the safe transportation of chemicals. The Lake County Sheriff’s Department is currently leading all investigations, with assistance from some federal agencies including the National Traffic Safety Board.

What are the Short and Long Term Effects of the Beach Park Chemical Spill?

Unfortunately, chemical spills more often than not have dangerous short and long term side effects on the environment and individuals in the area. Immediately following the spill, grass, plants, and other landscaping were killed. Residents of the area were nervous to venture outside, worried about the consequences of the chemical spill. While the EPA has verified houses in the area are safe, the Lake County Health Department and the EPA are testing houses and well water if asked by residents. While investigations are on-going, the consequences may be long-lasting.

If you or a loved one has been affected by the Beach Park Chemical Spill, please contact TorHoerman Law at 1-888-508-6752 to discuss your legal options with one of our experienced toxic torts lawyers or submit your inquiry through our online contact form today. Our firm is experienced with toxic chemical spills. For the past few years, we have fought for the rights of those injured by contaminated water in Coldwater Creek in the St. Louis area. With that experience and knowledge, we can fight for you, too.

Cancer Alley: Causes and Effects of the “Chemical Corridor” in Louisiana

Cancer Alley: Causes and Effects of the “Chemical Corridor” in Louisiana