SBC allowed sexual abuse to go unpunished for decades. This lawsuit aims to compensate victims for the damage caused.

WARNING: The content on this page contains information related to sexual abuse and sexual assault. This page may be triggering to readers who have suffered from similar experiences.

The Southern Baptist Convention (SBC) is the world’s largest Protestant denomination and Baptist denomination, and one of the largest Christian denominations in the United States.

A previously secret list of alleged abusers was released by the SBC. The list details cases of sexual assault and sex crimes perpetrated by employees or official church members of the Southern Baptist Convention (SBC).

If you or a loved one suffered sexual abuse or sexual misconduct from a person related to the Southern Baptist Convention, you may be eligible to file a lawsuit.

Sexual predators at the Southern Baptist Convention (SBC) have been avoiding liability and sexual abuse survivors have been prevented from seeking justice.

Contact an Experienced Sexual Abuse Lawyer at TorHoerman Law for a free consultation to discuss your legal options.

Our law firm understands that potential clients contacting us about a lawsuit against the Southern Baptist Convention have likely experienced traumatic sexual abuse or sexual assault. Our law firm ensures confidentiality, privacy, and utmost respect for your case. 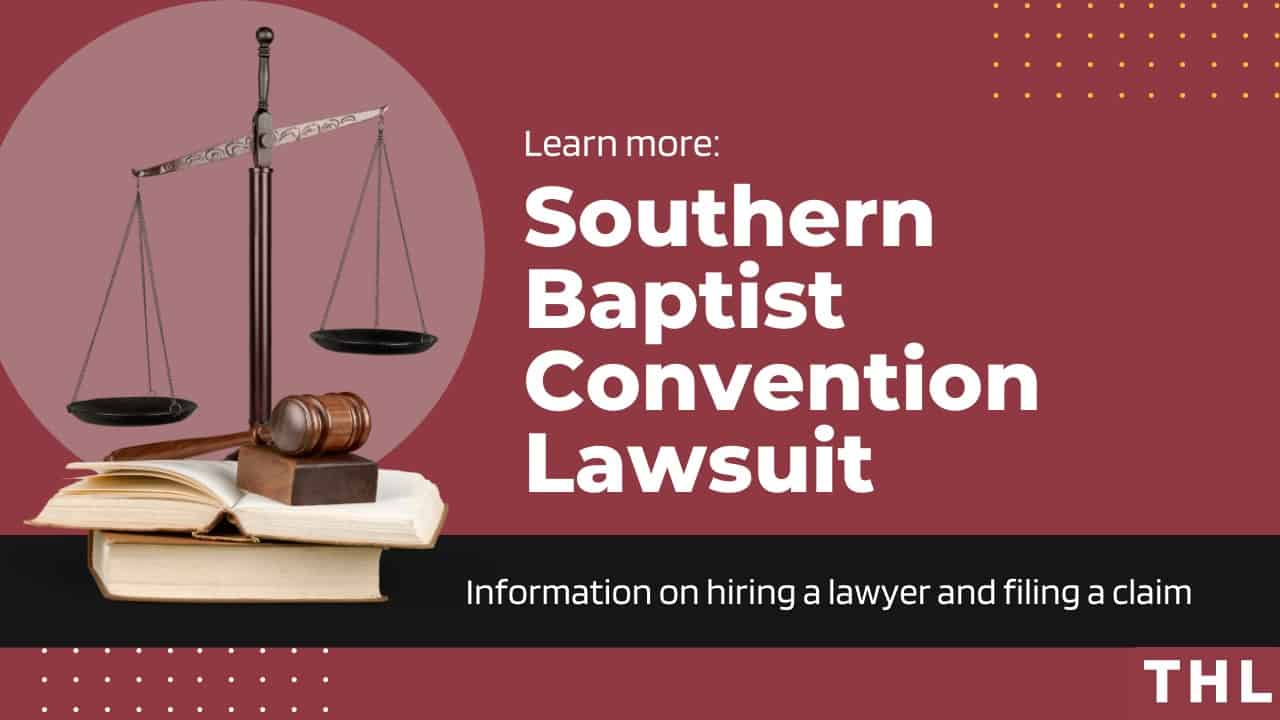 What is the Southern Baptist Convention?

The Southern Baptist Convention, first organized in 1845, is a Christian denomination comprised of over 47,000 churches. The SBC is not a centralized church, but a congregation fellowship that agrees upon teachings and ideals.

The SBC has grown to have significant political and ideological influence in the Christian community. Southern Baptist Churches have nearly 3 million members in Texas alone, and 81% of SBC members live in the Southern United States.

Did the Southern Baptist Convention cover up sexual abuse?

The Southern Baptist Conference has been actively covering up sexual abuse allegations since 2000. The SBC also kept an alleged list of 703 ministers who committed sexual abuse at least once while working under the SBC. Instead of reporting these suspected abusers to authorities and protecting victims, they focused on avoiding restitution and slandering whistleblowers.

If I experienced child sexual abuse at a Southern Baptist Church decades ago, can I still file a lawsuit?

Yes, you can likely file a sexual abuse lawsuit. The ability to file depends on the statute of limitations for sexual abuse cases, but most states have no limitation on filing for child sexual abuse.

A pastor who sexually abused me was not named in any reports or articles. Can I still file a lawsuit?

Yes, you can still file a lawsuit even if no criminal charges have been previously brought against a church official (pastor, youth pastor, clergy, etc.).

How are registered sex offenders allowed to continue working at Southern Baptist Churches around the country?

Pastors, clergy, church members, etc. who were convicted of sex abuse crimes often are placed in or flee to other communities to continue working with the Southern Baptist Church. The SBC has denied knowing of re-employing convicted abusers, but allegations have come out that say otherwise.

What should I do if I was an SBC victim?

Contact our law firm to discuss your legal options and how a Southern Baptist Convention Lawsuit will work. A lawsuit against the SBC may be a long and difficult process, but our legal team will work hard to make sure your story is heard and justice is achieved.

How much does a lawyer cost?

Price is one of the primary concerns when hiring a lawyer. Our law firm operates on a contingency fee basis, meaning we do not charge for our legal services unless financial recovery is won for our clients. Our primary focus is on victims and fighting to win rightful compensation in their favor. 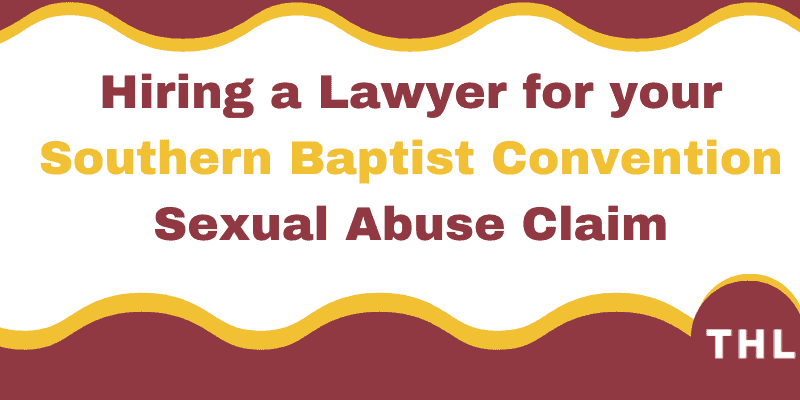 The Southern Baptist Convention Sexual Abuse Lawsuit alleges that the organization did not adequately respond to confirmed sex abuse and sexual misconduct allegations by certain SBC members, and knowingly concealed the truth to avoid liability.

SBC leaders failed to protect vulnerable children and people involved in churches across the country. The church also ostracized, vilified, and attempted to silence victims out of fear of legal liability.

Sexual abuse has been all too common in the Southern Baptist Church, and it is time exact justice on those who allowed people to be abused and victims pleas for justice to go unheard.

A civil lawsuit against the SBC can award you compensation or financial recovery that a criminal lawsuit cannot.

Contacting a Law Firm and Hiring a Sexual Abuse Lawyer

The civil lawsuit process requires victims to be involved in legal proceedings, so it is best to have an experienced sexual assault lawyer at your service.

Legal proceedings are very tedious and can an added unnecessary stressor to those who are already dealing with the trauma that comes along with sexual assault.

Your sexual assault lawyer will help you to gather any evidence that supports your claim and assess any damages that were incurred as a result of the abuse, including medical costs, therapy costs, emotional damages, and more. 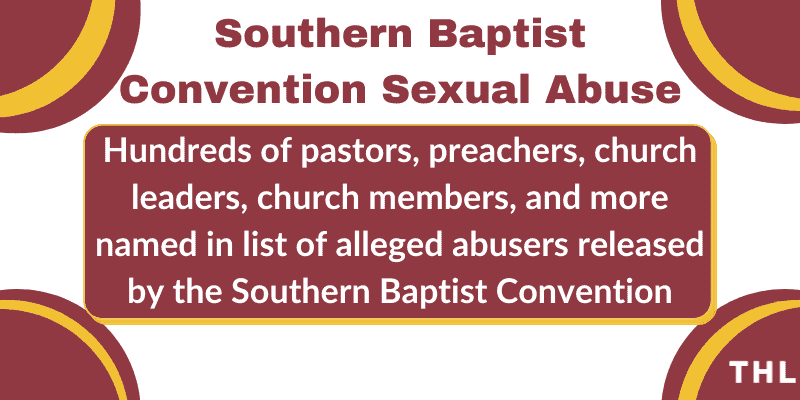 Sexual abuse, sexual assault, and sexual misconduct has been found to have occurred in SBC churches for decades. Victims have routinely pleaded with church officials and the executive committee to act, requesting that

The results of this effort were seen in May 2022, when the SBC Executive Committee released a list of staff, clergy, and church leaders involved in confirmed and alleged sexual abuse claims.

The Houston Chronicle: "Abuse of Faith"

The Houston Chronicle and San Antonio Express News published an investigative series of articles and a database detailing sexual abuse and sexual misconduct allegations against a "disturbing number of Southern Baptists with formal church roles".

Compiling cases of sexual abuse totaling over 700 victims (mostly children) and nearly 400 perpetrators since 1988, the Houston Chronicle first launched their database in February 2019 and have kept it updated ever since.

The investigative series found countless SBC members were charged by the police for sex crimes and SBC leaders tried their hardest to cover their tracks. Journalists sifted through court records, prison databases, news stories, and more, putting significant pressure on the SBC to respond.

Guidepost Solutions was hired by the SBC Executive Committee to complete an external report on sexual abuse within Southern Baptist Churches across the country.

Subjects in the audit include:

The SBC has had a number of pastors, clergy, ministry members, and more charged for sex crimes. From large churches to local churches, victims suffered abuse from people that were often looked at as trusted community members and strict followers of the religion.

Examples of significant cases and convictions include:

Our law firm is currently investigating how to properly proceed with legal action against SBC for their role in allowing victims to be abused.

At TorHoerman Law, our attorneys are experienced in taking on complex cases against large companies and organizations who have harmed people. We understand the pain our clients have gone through and will work hard to achieve justice.

If you or a loved one have suffered abuse from a person associated with the Southern Baptist Convention, you may be eligible to file a lawsuit.

Contact us for a free, no-obligation case consultation to discuss your legal options or use the chatbot on this page to see if you instantly qualify for a lawsuit.

Don't hesitate - reach out to us today. We're here to help. 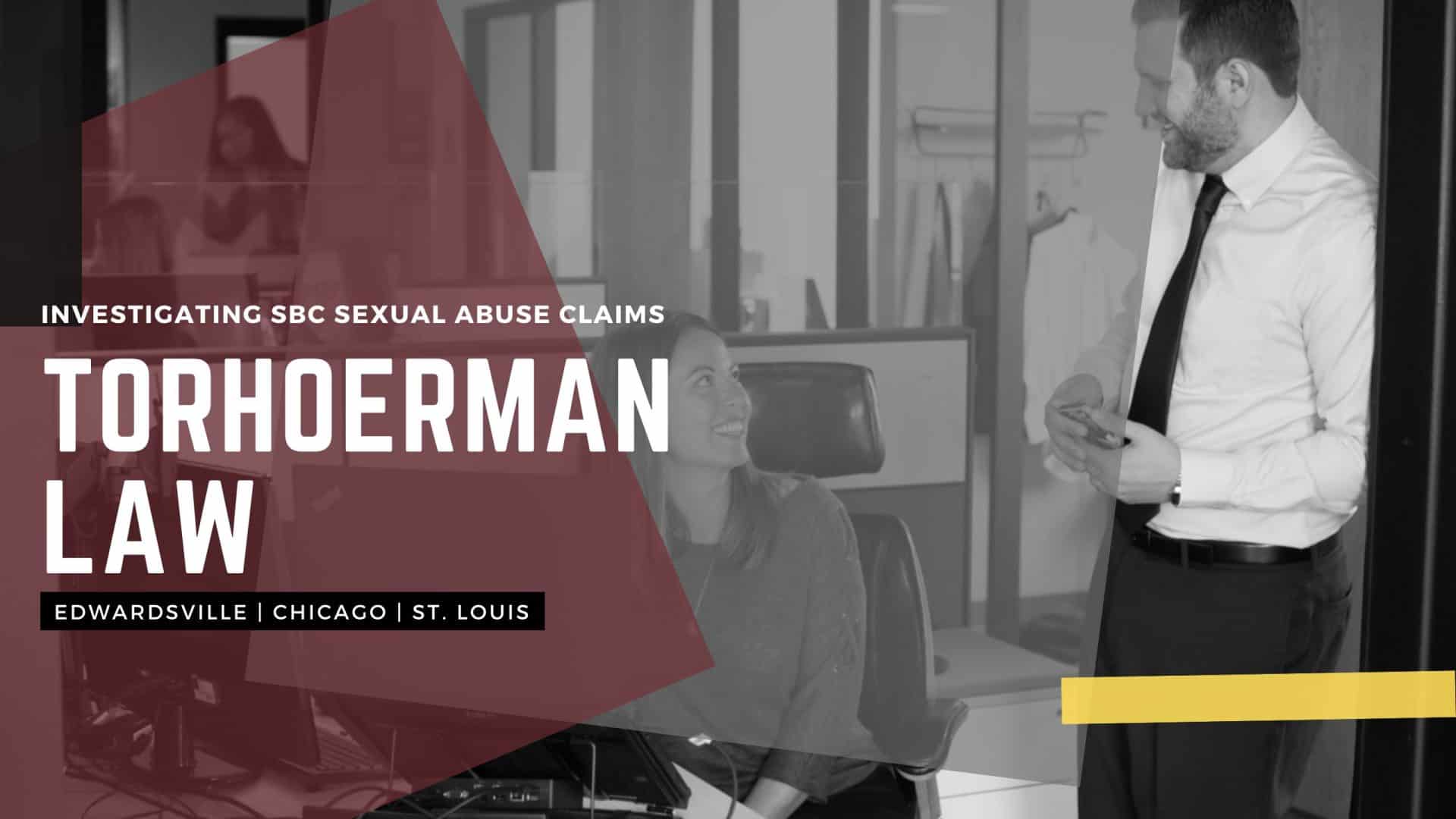