How Common Are Wrong Diagnoses & What Are Options if Misdiagnosed?

NEWS How Common Are Wrong Diagnoses & What Are Options if Misdiagnosed?

Can You Sue a Doctor For a Wrong Diagnosis?

What is Considered a Misdiagnosis?

The Institute of Medicine defines a diagnostic error as the failure of a planned action to be completed as intended and the use of a wrong plan to achieve an aim. The definition also includes the failure of an unplanned action that should have been completed. For example, people often test positive for Lyme disease when in fact they have a different bacterial illness. A person may have been infected with the Lyme disease bacteria at some point in their life – resulting in a positive test – but the infection may not even be active and may not be the cause of any current illnesses. If this misdiagnosis results in future medical issues for the patient, this type of medical error  on part of the medical professional and could open that medical professional or their medical facility up to legal action on grounds of medical negligence.

How Common is Medical Misdiagnosis?

The Impacts of Receiving a Wrong Diagnosis

A misdiagnosis can have a severely detrimental impact on a patient’s health. It can take a toll on an individual’s physical, mental, and emotional wellbeing. Diagnostic errors pose an important threat to healthcare quality and safety in outpatient settings. It is estimated that about one-half of errors would have the potential to lead to severe harm.

Medical misdiagnosis can cause a delay in effective treatment. When a patient is misdiagnosed, they are given treatment for the wrong illness and the actual condition is not being appropriately taken care of, causing their undiagnosed condition to progress and further threaten the patient’s health. The Joint Commission’s Office of Quality and Safety analyzed 73 events that were the result of delays in treatment; 48 of these events resulted in the death of the patient. From 2010-2014, 522 sentinel events were due to delays in treatment, with 415 of these occasions resulting in patient death, 77 resulting in permanent loss of function, and 24 resulting in unexpected additional care or extended stay. Furthermore, an Agency for Healthcare Research and Quality (AHRQ) study found that 28 percent of 583 diagnostic mistakes were life-threatening or had resulted in permanent disability. For example, chemical exposure cases may be misdiagnosed as an unrelated health condition, which is a common problem for individuals with bronchitis obliterans who are often treated for other misdiagnosed health conditions. By not addressing the patient’s bronchitis obliterans, it allows the disease to progress and become more serious. If gone untreated, this can significantly deteriorate the patient’s lung functionality until the disease becomes life-threatening or even fatal. If the disease results in the death of the patient, the medical professional may be liable for the patient’s wrongful death.

Not only do medical misdiagnoses result in delays of treatment; it can also give patients the false belief that their condition is actually worse than it truly may be. Thus, patients may be able to sue the hospital for emotional distress. While emotional distress may not be as visible as physical injuries, it has a significant effect on a person’s mental health. It is something that deserves to be taken seriously. Damages for emotional distress is  another demand a patient can make when suing a doctor for a wrong diagnosis. Emotional distress damages are a form of compensation for any emotional harm caused by a misdiagnosis. For example, a patient uses a bad drug that causes the patient to develop pancreatic cancer. The patient notices pains in his abdomen and catches the disease early in stage 1. But the diagnosing doctor misdiagnoses it for pancreatitis and prescribes treatment that  has no effect on the progression of the cancer. The cancer metastasizes and is not recognized until later on in stage 4. The patient has to undergo a year of intensive chemotherapy treatment. The patient has to quit their job, move into the hospital almost full time, suffers bouts of depression and anxiety related to the financial burden of treatment, and is emotionally drained from their diagnosised health condition. By missing the diagnosis at stage 1, the doctor allowed the patient’s pancreatic cancer to progress to stage 4 and could be help liable for not only the financial burdens the patient suffered, but also the emotional distress and pain caused because the cancer was able to progress.

There are many different types of misdiagnoses. You can sue a doctor for a wrong diagnosis – including any of the following diagnostic errors – if their lapse in judgment has damaged your quality of life in some form.

Strokes and Migraines both take place in the brain and sometimes have similar symptoms. However, the causes of the conditions are different. A stroke is due to damage to the blood supply inside the brain, but migraines are thought to be due to problems with the way brain cells work together. Migraines and strokes are managed very differently than each other. Migraines require treatment with medication, which doesn’t prevent or improve a stroke. After a stroke, most people have some level of disability and need to participate in physical therapy and rehabilitation. On the other hand, most people will fully recover from migraines without the need for that additional treatment.

Medical professionals may confuse these health conditions with each other because of their similar symptoms. They are both associated with abdominal pain, cramps, and changes in bowel habits. IBS is a chronic disorder in which the large intestine undergoes abnormal contractions, producing pain and diarrhea. Colorectal cancer involves the uncontrolled growth of cells in a portion of the large intestine. This type of cancer does not typically show symptoms in early stages, therefore screenings are crucial at detecting the disease before it can spread. When the cancer is found early, before spreading, the survival rate is up to ninety-two percent. Undoubtedly, colorectal cancer becomes more fatal as it progresses further along.

Systemic Lupus Erythematosus and Rheumatoid Arthritis are both autoimmune diseases that share several symptoms. Joint pain is the most obvious similarity between the two. Both diseases can cause your joints to become hot and tender. However, lupus is more likely to attack your internal organs and your skin. There is no cure for lupus but corticosteroids and other prescription drugs help treat joint inflammation and pain. Whereas, RA patients may receive cortisone shots to control inflammation. Long-term complications of lupus include heart and kidney damage. Medical misdiagnoses of these illnesses can have severe long-term effects. Lupus patients often suffer from abnormalities of the blood, including anemia and inflammation of the blood vessels. Without treatment, all of the previously mentioned consequences can damage tissue. Complications of untreated RA include permanent joint deformity, anemia, and lung damage.

Lyme disease is often difficult to diagnose because of its wide range of symptoms that mimic those of many other ailments. Many cases of Lyme disease go unreported every year due to diagnostic errors, misdiagnoses, or simply a lack of data. Both Lyme and rheumatoid arthritis can be represented through joint pain. However, one major difference between the medical conditions is that Lyme often manifests in larger joints and only on one side of the body; whereas RA occurs more often in the hands and feet on both sides of the body. The only way to treat Lyme disease is with antibiotics. If it is misdiagnosed as Rheumatoid Arthritis, it can lead to money wasted on misguided testing and treatments as well as complications from the untreated infection, not to mention lasting damage to your health and quality of life.

Fibromyalgia and multiple sclerosis are both chronic diseases with some of the same symptoms and also no cure. Fibromyalgia is characterized by musculoskeletal pain that affects the entire body. Multiple sclerosis is a neurological condition that destroys the protective coating that surrounds the nerves. There are a variety of different types of treatment options for fibromyalgia, including over-the-counter drugs, prescription medications, and alternative treatments. Similarly, there are several treatments available for multiple sclerosis including prescription and over-the-counter medications. Though they share similar symptoms, they are very different conditions that require separate treatment plans.

Thoracic Outlet Syndrome is a common condition that causes numbness or tingling sensations in the hand. Carpal tunnel syndrome is caused pressure on the median nerve and also results in numbness and tingling. Permanent nerve and muscle damage can occur without treatment. If a doctor wrongly diagnoses your thoracic outlet syndrome and it goes untreated, you are entitled to wonder if you can sue a doctor for a wrong diagnosis. A delay of effective treatment can then lead to permanent neurological damage, so it is important to have your symptoms evaluated and treated early, or take steps to prevent the disorder.

What Should You Do if You Think You Have Been Misdiagnosed

Can you sue a doctor for a wrong diagnosis? The answer is a resounding yes, especially if their negligence has led to any physical or mental suffering. Make sure to collect medical records from the hospital where you received the wrong diagnosis. It is imperative that you can prove that you were actually misdiagnosed. Also, you should be able to provide an injury lawyer with any other evidence of tangible damages that you may have suffered as a result. An experienced attorney will be able to guide your road to recovery and aid the healing process with financial compensation.

Get a Second Opinion

If you believe you may have received a misdiagnosis, you should look into getting a second opinion. A second opinion from a different doctor can either confirm a misdiagnosis or reaffirm the initial belief. Either way, a second opinion is comforting for those questioning their medical status. If the second opinoin confirms an incorrect diagnosis, then you should feel certain that you can sue a doctor for a wrong diagnosis. It is especially common for newborns to receive misdiagnoses related to common health conditions of babies. Thus, a second opinion is a perfect way for parents to receive clarity and feel more at ease regarding their child’s health. You should always tell your doctor if you’re seeking a second opinion from another medical institution. This allows for two medical professionals to review all medical records and other test results. If your health plan doesn’t say anything about covering second opinions you need to fiercely advocate for yourself.

Those who have been misdiagnosed deserve financial compensation for their completely avoidable consequences. Health complications and even emotional distress may qualify you for a lawsuit. An injury lawyer can help you seek compensation for the damages that you have suffered. A misdiagnosis from a doctor is a common basis for medical malpractice lawsuits. Therefore, if you are wondering – can you sue a doctor for a misdiagnosis? – the answer is likely yes. 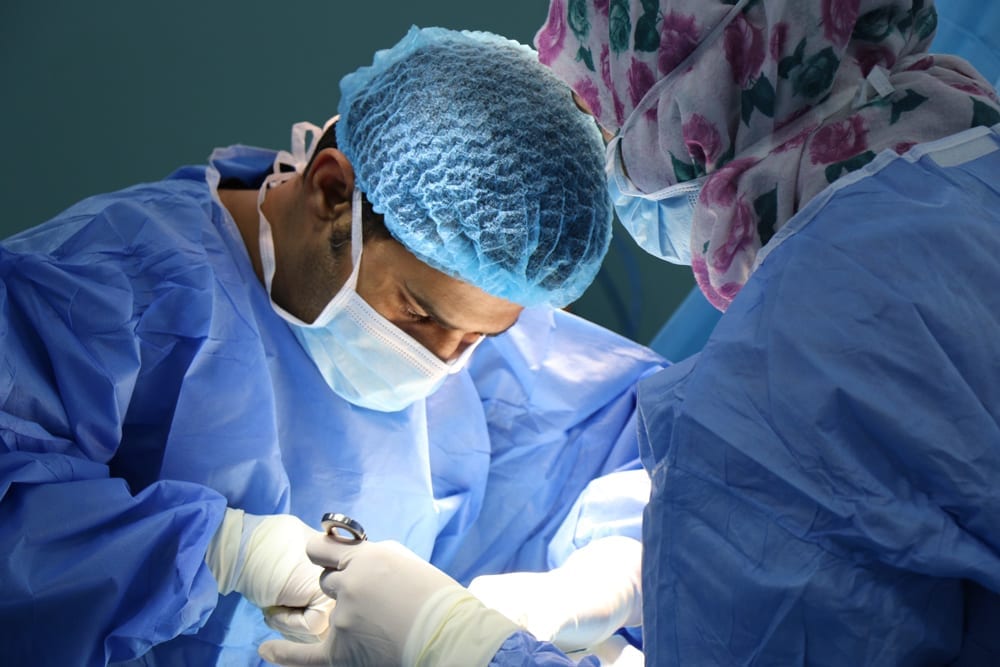 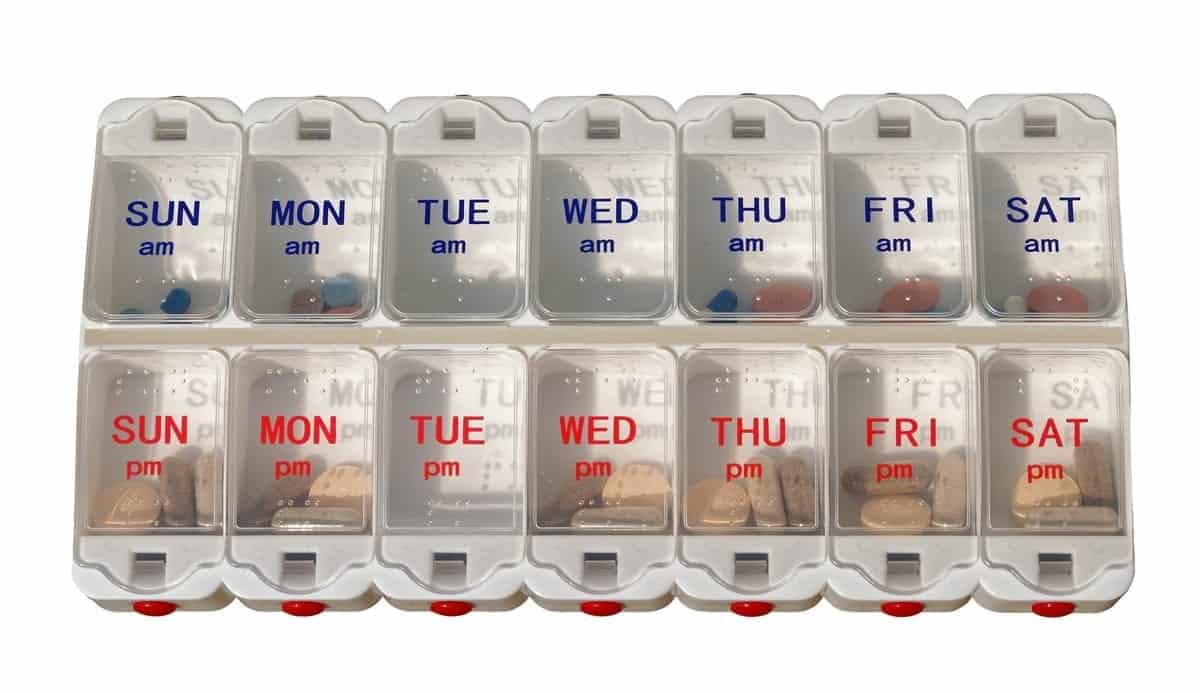 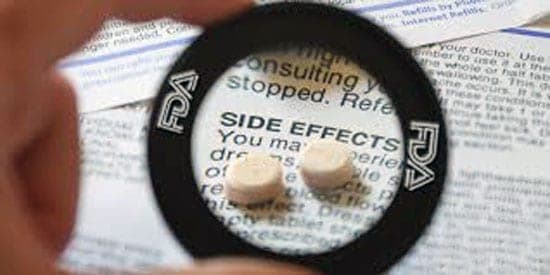 How Can I Tell the Difference Between Irritable Bowel Syndrome and Colorectal Cancer?: Dana-Farber Cancer Institute. (2019, November 14). Retrieved September 17, 2020, from https://blog.dana-farber.org/insight/2019/11/how-can-i-tell-the-difference-between-irritable-bowel-syndrome-and-colorectal-cancer/

Lyme Disease and Rheumatoid Arthritis: Similarities, Differences and Why a Misdiagnosis Can be Deadly. (2020, April 15). Retrieved September 17, 2020, from https://igenex.com/tick-talk/lyme-disease-and-rheumatoid-arthritis-similarities-differences-and-why-a-misdiagnosis-can-be-deadly/