What is Distracted Driving?

This included, but is not limited to:

There are 3 specific types of distracted driving:

One of the most common types of distracted driving among all demographic groups is talking on a cell-phone while driving. Research shows that talking on the phone quadruples your risk of motor vehicle accidents.

Though almost everyone agrees that driving while using a cellphone is unacceptable, many drivers still openly admit that they practice these unsafe behaviors.

“The results of a random survey of drivers showed that while 90% agree that cell-phone use while driving is “unacceptable”, 35% of the same group admitted to using a cell-phone to text or call while driving.”

Texting is the most prominent form of dangerous distracted driving, especially among young adults age 16-24. A simple one-word text can take your eyes off the road for seconds.

In fact: At 55 mph, the average text takes your eyes off the road long enough to cover the length of an entire football field.

Research also shows that texting and driving double your risk of an accident as compared to driving under the influence.

Driving is a privilege that required the full extent of your attention. When you choose to drive while distracted you are not just putting yourself at risk, you are putting the lives of everyone else on the road at risk as well.

The Laws Regarding Distracted Driving

A study conducted by AAA found that while Android Auto Compatible apps & Apple Carplay apps were less distracting alternatives to built-in systems, neither could be considered a safe option for drivers to use while the car is in motion.

These infotainment systems, which come standard with a number of new vehicle brands, are being advertised as a hands-free option for drivers to make phone calls and pull up GPS directions.

The study found that it takes longer to make a phone call or pull up driving directions on built-in systems with dashboard touchscreens and the Android Auto Compatible apps & Apple Carplay apps performed better than built-in systems, being at least 20 percent less distracting than touchscreen systems, but still posed safety concerns. This is in part due to both systems’ hands-free voice command capabilities and simplified system functions, which reduce the time of performing tasks.

Although researchers found that Android Auto Compatible apps & Apple Carplay apps were safer than built-in systems, they are still too distracting to be considered unsafe for the driver to use while the car is in motion.

The researchers tested 10 new — 2017 or 2018 — vehicles which come with one of the apps, using more than 75 different drivers. The results showed that both apps were rarely safe to use while driving. A majority of drivers’ level of distraction using the apps was high enough to put them in danger.

The study did note that some vehicle brands did perform better than others. Of all the vehicles tested, high-end vehicles like BMW and Mercedes were the most unsafe.

“I would recommend that the driver program those navigation systems before they start to drive. Even though you can do some of these features while the vehicle is in motion, that doesn’t mean that you should, nor does it mean that it’s safe,” explained Dr. David Strayer, a cognitive neuroscientist at the University of Utah.

Distracted driving is considered more dangerous than drinking and driving, claiming more than 3,500 lives per year. No matter how simplified car manufacturers make texting, calling, or using GPS with new technology,  it is still a distraction that puts you and other drivers on the road at risk. It’s best to use this technology before you start driving, keeping your mind completely free of these distractions while the car is in motion. 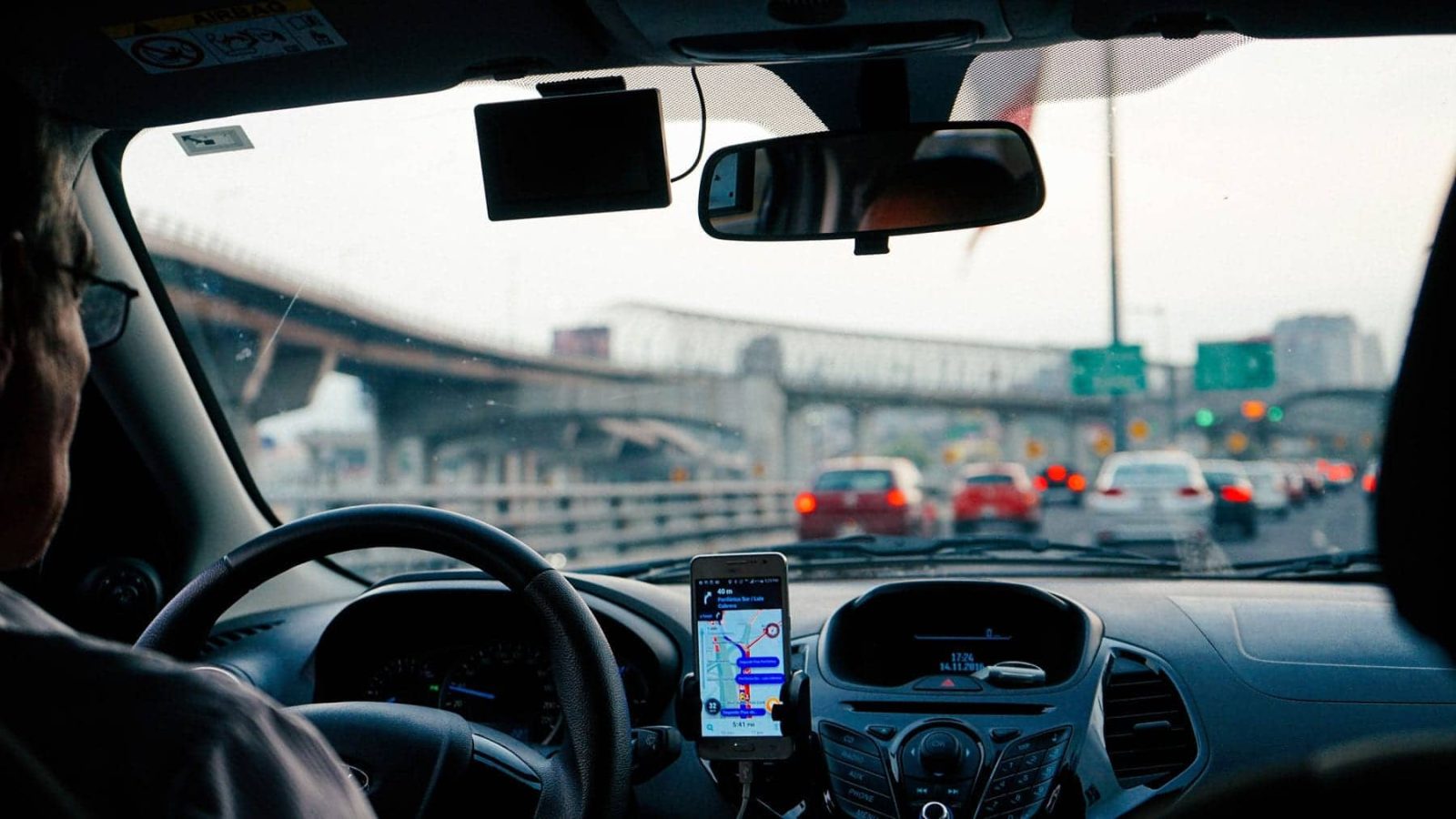 What Can You Do To End Distracted Driving

Regardless of what the laws are, we should all pledge to do better. AT&T has created the “It Can Wait” campaign. The campaign is a powerful reminder that we should all avoid distracted driving because our loved ones care about us. Also, other people’s loved ones care about them, and by driving distracted we place their lives at risk. As lawyers we, unfortunately, get to see all too often the results of distracted driving: serious injuries, death, lawsuits, trials, and financial hardship.

Assuming texting distracts you for only five seconds and you are driving 55 mph, then you will drive 100 yards without paying attention. Most texts and emails take much longer to draft than five seconds. We are all too familiar with that compulsion to check our phones, especially while driving. The ding of an email when you are waiting for an important work e-mail. The tone from a text you know is from your mom. The Facebook notification indicating you have been tagged in a photo. All of these create an urge to know immediately what is going on. I know for me, the temptation is often overwhelming, but I also know how dangerous it is to check. It is hard to do the right thing at that moment.

Thus, we should take steps before temptation strikes to eliminate our ability to be tempted. There are many apps available that help prevents distracted driving. Everyone should be using one of these apps if nothing else to serve as a reminder of how dangerous distracted driving is. Yes, your teen can probably disable it if they choose. Yes, you can probably shut it down to check that ever important work e-mail. But each time you contemplate doing so it is a reminder that the text or e-mail isn’t worth your life. Below is a list of apps designed to prevent distracted driving:

In addition to downloading apps that can help eliminate the inclination to check your phone, there are other ways to help end distracted driving.

As an effort to help promote our campaign to end distracted driving, the lawyers at TorHoerman Law conduct presentations for local community organizations and schools, spreading the word about the dangers of distracted driving.

Jessica Hoerman, a lawyer at TorHoerman Law, believes that speaking to teens is the key to changing the way society treats distracted driving in the future.  Just as teens were part of the solution in reducing the number of drunk driving crashes in half since 1980, Hoerman sees that the teens she speaks to understand that driving distracted is a selfish choice. She sincerely believes teenagers will contribute a great deal in decreasing the number of crashes due to distracted driving.

Talking to teens about distracted driving has become a passion for Hoerman and has spoken at schools around the area. One, in particular, stood out. At Whitfield School in Creve Coeur, MO, she discussed the dangers of distracted driving with students and found them to be open to the conversation and determined to be part of the solution.  Hoerman noted that the EndDD presentation is not a lecture, but more of an informative talk that leads to great conversations.

“Getting out and talking to people to teens about distracted driving is a natural fit for trial attorneys.  We know first hand the devastation a family goes through when they lose a loved one to a crash. If we can save a life through prevention, there isn’t a trial attorney I know that wouldn’t do it.  Our message to teens is that distracted driving is a selfish choice that can be prevented and they can be part of the solution.”

Through EndDD.org, an organization established to “raise awareness and generate action against the epidemic of distracted driving,” Jessica has spoken to over 3,000 students in the St. Louis metropolitan area.

“Through community education, I hope that both new and experienced drivers will put the phone down. Paying full attention to the road and their surroundings could prevent an accident from occurring and lives from being lost. The ‘big picture’  goal is to end distracted driving by educating today’s youth on the dangers of distracted driving,” says Hoerman.

Jessica Hoerman and the lawyers of TorHoerman Law are always happy to speak to students or other community organizations about the risks of distracted driving at no charge. If you are interested in having a member of TorHoerman Law present for your school, workplace or community group, please contact us.