If you or a loved one suffered injuries resulting from Roundup weed killer exposure, you may qualify to participate in a Roundup lawsuit. Contact an experienced Roundup lawyer to discuss your legal options today, free of charge and no obligation required.

Exposure to Roundup has been lined to a number of adverse health affects, including cancer.

The average payout for an individual who has been diagnosed with non-Hodgkin’s lymphoma or other cancers is between $5,000 to $250,000 in compensation. One report stated that the average amount per client suffering from cancer is $160,000.

If you or a loved one was exposed to Roundup regularly and subsequently was diagnosed with non-Hodgkin’s lymphoma or another form of cancer, you may qualify to file a Roundup lawsuit.

Your attorney will help you to gather evidence to prove that you were in fact exposed to Roundup. Some evidence might include employment records, medical records, bills of purchase, and receipts. 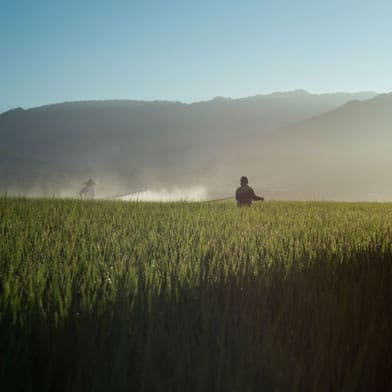 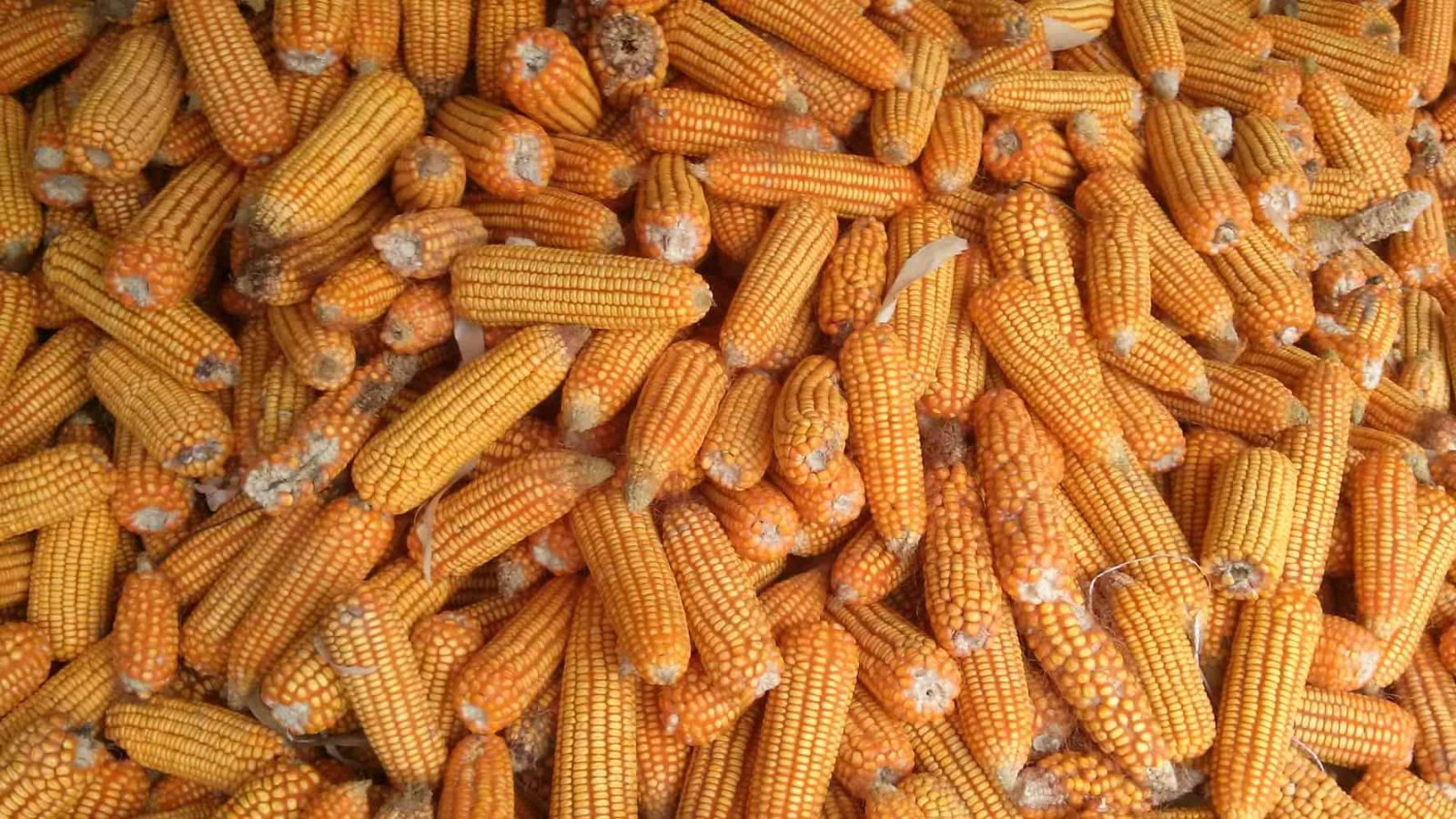 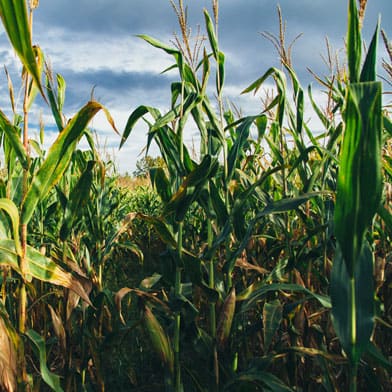 Why is Roundup Weed Killer Dangerous?

A 2015 report from the World Health Organization’s International Agency for Research on Cancer (IARC) bridged the potential link between the chemical component, glyphosate, and cancer. The report referenced studies that showed that there was “sufficient evidence” glyphosate causes cancer in animals as well as damaging effects on human cells.

Recent studies suggest that the popular Roundup weedkiller could be deadly to more than just unwanted plants. In relation to these studies and IARC’s findings, lawsuits were filed against Roundup manufacturer, Monsanto. The Roundup lawsuit claims that exposure to a chemical component of the herbicide, glyphosate, causes Non-Hodgkin’s Lymphoma.

Glyphosate, a common agent in herbicides, targets specific enzymes in weeds to eradicate them without damaging other plants. Glyphosate is the active ingredient in Monsanto Co.’s Roundup weed killer.

On a yearly average, American farmers spray nearly a pound of glyphosate on every acre of cropland. Farmers and landscapers who use Roundup regularly are often exposed to high levels of glyphosate.

Because of the herbicide’s popularity in the agricultural industry, trace amounts of glyphosate have been found in corn, soy, and wheat-based products. Alarmingly, the chemical has also been detected in human urine samples and women’s breast milk.

Monsanto claims that the chemical is completely harmless to humans, citing years of in-house studies conducted on glyphosate. The Environmental Protection Agency (EPA) has backed up Monsanto’s claim, citing their own findings which show no link between glyphosate and increased risk of cancer for humans.

Why Isn't Glyphosate Considered Dangerous by the EPA?

The Environmental Protection Agency’s long-standing position is that glyphosate exposure and low-level consumption does not pose any risk to humans. According to their website, Monsanto supports these claims with their own in-house studies, which have found glyphosate to be “more than 10 times less toxic than caffeine.”

Despite Monsanto’s statements, a number of U.S. agricultural workers and landscapers are currently suing Monsanto, claiming that by using Roundup they were exposed to high levels of glyphosate which caused them to develop Non-Hodgkins Lymphoma. Monsanto stands by their safety claims, stating “in more than 700 studies, no one has associated cancer with the use of glyphosate.”

However, information obtained through the first cases against Monsanto shows that the EPA reports are likely compromised.

Within the documents lies a chain of Monsanto internal emails, and email communications between the company and EPA staff, suggesting that the EPA research had been ghostwritten by Monsanto, and later signed off by EPA academics. In one such email, Monsanto executive William F. Heydens wrote, “we would be keeping the cost down by us doing the writing and they [EPA] would just edit & sign their names so to speak.” There is also evidence that one EPA senior official had worked directly with Monsanto directors to put a halt to further investigations by other federal health agencies into the potential adverse effects of glyphosate. Other documents indicate that an EPA senior officials had worked with Monsanto to hide a U.S. Department of Health and Human Services study reviewing glyphosate, which suggested the herbicide could be a carcinogen. A series of EPA internal emails revealed a great level of dispute among employees about the safety of glyphosate.

Even within the EPA, there seems to be a polarizing disagreement of whether glyphosate is hazardous for humans. The agency is currently conducting a scheduled evaluation of the chemical though there is no indication of when the results of the evaluation will be published.

Roundup weed killers have been banned in the Netherlands, France, Bermuda, Columbia, Sri Lanka, and recently, in Vietnam. On April 11, 2019, Vietnam removed herbicides containing glyphosate from the market because of the damaging effects it has on the environment and severe health consequences for the population.

“The decision to remove herbicides containing glyphosate from the list of plant protection chemicals permitted for use in Vietnam is in accordance with the current law, international regulations and in line with Vietnam’s socio-economic conditions,” Hoang Trung, head of the Plant Protection Department under Vietnam’s Ministry of Agriculture and Rural Development said in the statement.

The herbicide is Monsanto’s flagship product. Being sold internationally for both mass agricultural purposes and as an at-home gardening applicant, it is the most widely used herbicide in the world.

There are currently more than 700 lawsuits filed against Monsanto related to Roundup weedkillers. The people claiming injuries are made up of agricultural laborers, lawn care workers, and gardeners who have developed Non-Hodgkin’s Lymphoma because of their high levels of exposure to glyphosate.

Monsanto continues to assert that Roundoff is safe for consumers.

In December 2016, the EPA constructed a panel to review the possible health effects of glyphosate. The panel consisted of 15 outside experts: academics, federal scientists, and chemical industry consultants. The review was not a consequence of the lawsuits, but rather the EPA is required to review health-effects for every pesticide once every 15 years. Glyphosate had not been reviewed since 1991. At that time, the EPA determined that the herbicide did not pose a threat to consumers.

In a puzzling move, the December conference began with the Chief of the Office of Pesticides Programs, Jack Housenger, laying out an array of evidence – in the form of a 227-page issue paper –explaining why glyphosate is an unlikely carcinogen. Housenger then requested the panel review the analysis.

More than half of the expert panelists were concerned with the EPA’s findings.

During the conference, panelist Eric Johnson, an epidemiologist at the University of Arkansas, expressed his concerns. Johnson said that if any study suggested a positive connection between glyphosate and Non-Hodgkins Lymphoma, the EPA would quickly minimize the findings, citing alleged flaws in the study. Panelist Lianne Sheppard, a biostatistician at the University of Washington-Seattle, explained that there was a “consensus” on the panel that “the available evidence did not fit with the conclusions drawn in the issue paper, particularly when put in the context of guidelines.”

Three of the experts even expressed concern regarding the Office of Pesticides Programs’ integrity and ability to conduct unbiased studies.

These concerns are genuine.

After the conference, the EPA publicly released the issue paper. By law, the EPA had to include any concerns expressed by the panelists. Using ambiguous language and vague information, the EPA downplayed the severity of the panel’s concerns.

The issue paper did not distinguish how many or which panelists were concerned with which specific data sets.

Scientists Speak Out About Glyphosate Dangers

Following the conference, a group of environmental health scientists came together to voice their concerns in the Journal of Epidemiology and Community Health. The researchers argued that more unbiased safety reviews of glyphosate are needed for market approval. “It is incongruous that safety assessments of the most widely used herbicide on the planet rely largely on fewer than 300 unpublished, non-peer-reviewed studies while excluding the vast modern literature on glyphosate effects,” the study’s authors write.

On July 7, California was the first state to list glyphosate as a known carcinogen, contrasting the EPA’s federal approval of the herbicide.

The chances of a federal glyphosate ban are slim. The 2016 election cycle brought a change in bureaucratic leadership, including a new EPA administrator, Scott Pruitt.

Pruitt previously served as Oklahoma’s Attorney General. During his tenure as Attorney General, Pruitt sued the EPA on 13 separate occasions, all of which were attempts to end federal regulations on behalf of corporations. Since taking over the EPA, Pruitt has already reversed a ban on chlorpyrifos, a pesticide similar to glyphosate, which is believed to cause brain damage in agricultural workers and children. A national group of pediatricians said that they were “deeply alarmed by EPA’s decision not to finalize the proposed rule to end chlorpyrifos uses on food,” saying it puts children at significant risk. Despite this, Pruitt took the side of chlorpyrifos manufacturer, DOW Chemical, arguing that the data did not directly link chlorpyrifos exposure to brain damage.

Pruitt is in a position now to decide whether to increase regulations on or completely ban glyphosate. Based on Pruitt’s past history and aggressive attitude towards deregulation, it is unlikely that the new EPA administrator will go against corporate interest.

A lot rides on the EPA’s market approval of glyphosate.

Since 2015, Monsanto has spent more than $10.3 million in lobbying, developing advantageous relationships with political heads and bureaucrats that control agricultural policies and regulations. With political influence and financial power, as well as a new EPA head administrator favoring environmental deregulation, there is little to hinder Monsanto’s merger with Bayer AG. The corporate giant will see to it that Roundup stays on the market, even if it is at the expense of the thousands of agricultural workers who are exposed to its dangerous product every day.

As research on the effects of glyphosate continues to indicate that the chemical is a carcinogen, more product liability Roundup lawsuit cases will be filed across federal and state courts. Federal multidistrict litigation is proceeding under the direction of U.S. District Judge Vince Chhabria. The first bellwether trial is currently underway. During the trial, Judge Chhabria made the following comment relating to Monsanto’s carelessness.

“Although the evidence that Roundup causes cancer is quite equivocal, there is strong evidence from which a jury could conclude that Monsanto does not particularly care whether its product is, in fact, giving people cancer, focusing instead on manipulating public opinion and undermining anyone who raises genuine and legitimate concerns about the issue,” Judge Chhabria said.

Who Can Participate in a Roundup Lawsuit?

Participation is not limited to just farm workers. Any individual who has been consistently exposed to Roundup weed killer may be eligible to participate in a Roundup lawsuit.

If you have been exposed to Roundup weed killers and have developed Non-Hodgkin’s Lymphoma, contact a knowledgeable Roundup injury lawyer to explore your options.