As social media usage has increased, so too have the negative effects that it can have on young users.

Instagram, in particular, has been found to be damaging to mental health, contributing to problems such as low self esteem, anxiety and eating disorders. 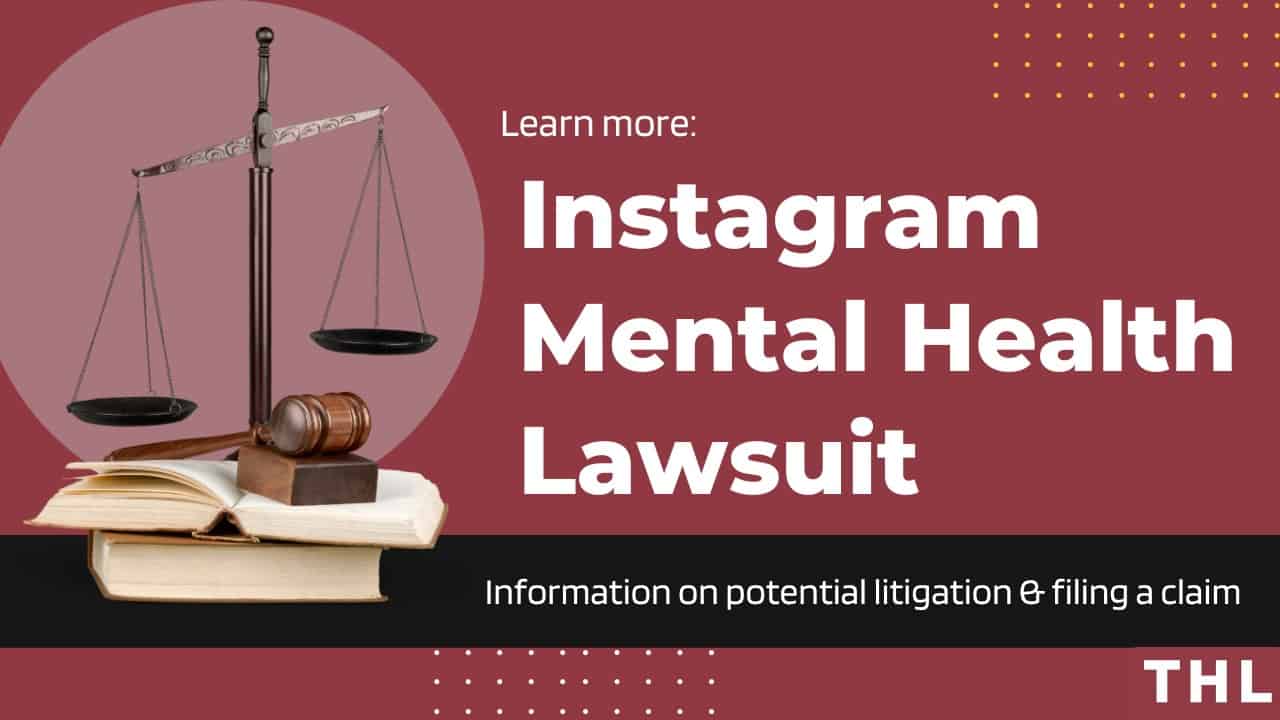 While social media can be a great way for people to connect with one another, it is important to be aware of the potential risks.

You may qualify for an Instagram Mental Health Lawsuit if you or someone you know is struggling with mental health problems related to Instagram use.

What are potential injuries in an Instagram Mental Health Lawsuit?

If you or a loved one have suffered from any of the following injuries due to Instagram use, contact us for a free consultation:

You may also use our chatbot below for an instant case evaluation!

Social media companies have grown to become massively influential in the past decade, and issues with how they operate and how users interact with their platforms are starting to become clearer. Instagram is no exception.

A University of Pennsylvania study suggests that social media use increases depression and loneliness, and data points showed a causal link between time spent on the platforms and decreased well-being.

The study found that participants who limited their social media use to 30 minutes per day experienced significant decreases in loneliness and depression, while those who continued to use social media for more than two hours per day saw no such improvements.

These findings suggest that Instagram and other social media platforms may have a negative impact on mental health, and that users should be aware of the dangers of excessive screen time.

Researchers have found that the way people interact with Instagram can impact their mental health, especially for young girls and women.

While the amount of time spent on Instagram doesn't necessarily correlate to negative effects, it's been found that users who seek social validation through the app are more likely to experience mental health problems.

This is likely due to the unique experiences of young users on Instagram, who are often bombarded with images and messages that can be harmful to their self-esteem and body image.

As a result, it's important for users to be aware of how the app is impacting their mental health and take steps to limit their exposure if necessary.

Instagram users who engage in status-seeking content and social comparison suffer from mental health issues, depressive symptoms, and unhealthy self centeredness at much higher rates, putting them at further risks for suicide attempts, eating disorders, sleep problems, and a host of other mental health problems related to their Instagram usage.

Internal Facebook researchers have known for years that Instagram is harmful for young users, most notably teenage girls.

Internal research presentations are quoted saying "We make body image issues worse for one in three teen girls", and "Teens blame Instagram for increases in the rate of anxiety and depression."

An article published by the Harvard TH Chan School of Public Health expanded on how Instagram leads teens and young adults into a spiral of depression and anxiety.

Bryn Austin, a professor in the Department of Social and Behavioral Sciences, said that “From experimental research, we know that Instagram, with its algorithmically-driven feeds of content tailored to each user’s engagement patterns, can draw vulnerable teens into a dangerous spiral of negative social comparison and hook them onto unrealistic ideals of appearance and body size and shape.”

Despite its reputation as a relatively safe and family-friendly social media platform, Instagram has become a hotbed for sexual messages, harassment and exploitation of women and young girls.

In recent years, criminal proceedings have gone forward against men who have used Instagram to sexually exploit young girls, but according to Forbes, Instagram has a relatively hard time keeping sexually explicit content off of their platform.

This is due in part to the fact that Instagram allows users to share photos and videos without any review or approval process.

As a result, sexually explicit images and videos can be widely distributed before Instagram is even aware of their existence.

Moreover, the platform's reliance on algorithms to determine which content to promote can inadvertently lead to the spread of sexually explicit material.

In light of these problems, it is clear that Instagram needs to do more to protect women and girls from sexual exploitation.

Instagram is incredibly popular among young people in America.

According to Pew Research Center's 7 Facts About Americans and Instagram:

The image sharing app was mentioned overwhelmingly in the Facebook Files, an investigative series by the Wall Street Journal that published leaked documents and presentations from an internal source at Facebook.

The leaked presentations are linked below:

Key findings from the leaked internal documents include the following:

Our team of attorneys is currently investigating the viability of lawsuits against Instagram, Facebook (Meta) alleging harm.

If you or a loved one have suffered from any of the following, contact us for a free consultation:

In an Instagram Mental Health case, damages could include some of the following:

Other potential damages are possible.

As the legal pressure on Instagram and Facebook (Meta) grows, more damages may become viable in claims for compensation.

TorHoerman Law attorneys are currently investigating potential litigation on behalf of those suffering mental health problems and other issues due to Instagram use.

We understand the detrimental effects social media can have on young people and how Instagram has evaded responsibility for its part in the mental suffering of some teenage users.

We are currently investigating and strategizing how to effectively move forward with legal action.

If you or a loved one have suffered from mental health problems potentially caused by social media usage, particularly Instagram, you may qualify for a claim.

Contact us today for a free consultation or use the chatbot on this page to see if you qualify instantly.