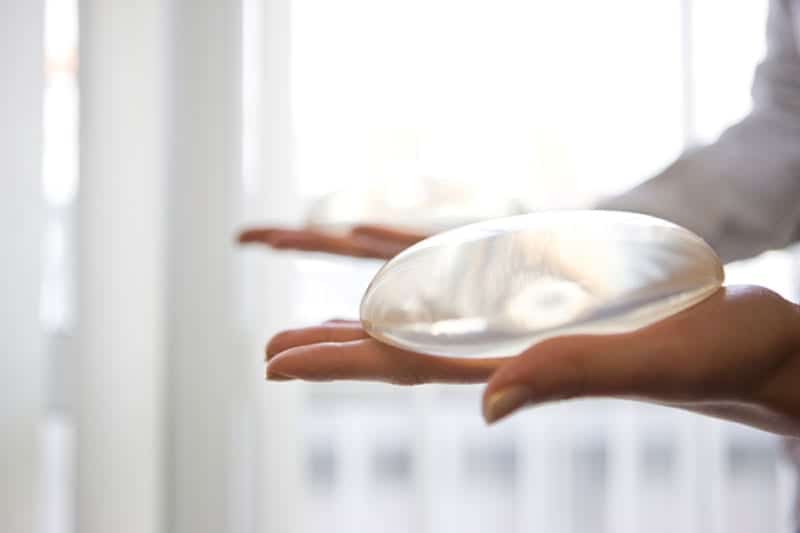 On Monday, November 26, 2018, NBC Nightly News reported that a rare type of breast cancer linked to breast implants could be more common than doctors and patients may have realized. As of the show’s airing, 414 reported cases of Anaplastic large-cell lymphoma (ALCL) have been reported to the FDA. The FDA has confirmed that malignancy of the immune system associated with breast implants has resulted in nine deaths. ALCL is a type of non-Hodgkin’s T-cell lymphoma that can develop after receiving breast implants. Rare cancer begins to form in the capsule of the scar tissue around the implant. Symptoms include lumps, pain, fluid build-up, and swelling. In most cases, ALCL is treatable if it recognized early enough. Many of these cases are treated by removing the implant and surrounding scar tissue where cancer developed. In some cases, chemotherapy and radiation are necessary to control the spread of the disease.

Because of limited reporting, there is currently no exact statistic on the number of women suffering from ALCL caused by breast implants. In the Nightly News segment, Lester Holt cited the Associated Press report that started last fall, “”thousands of problems with breast implants flooded the FDA’s system. More than 4,000 injury reports filed in the last half of 2017. Another 8,000 in the first six months of 2018. The spike in reports “came to light after the FDA instructed manufacturers in mid-2017 to go back and file individual reports in each case of patient injury, in response to a lawyer’s discovery that reports from his clients weren’t represented in the agency’s data.”

The FDA findings suggest that women are much more likely to develop cancer if they receive implants with textured surfaces rather than smooth surfaces. The FDA website stresses that the data is limited and subject to bias, and there is no certainty that one specific surface-type is more likely to result in ALCL than another. The FDA website also states that they “continue to collect and evaluate information about ALCL in women with breast implants”. However, since the airing of the NBC report, the FDA has since stated they will not ban the textured breast implants. On May 2, 2019, “the announcement follows a public hearing in March on breast implant safety and the risks of breast implant-associated anaplastic large cell lymphoma, or BIA-ALCL, associated with textured implants.” The FDA has previously said they do not believe implants “meet the legal standard” to be banned under the Food, Drug, and Cosmetic Act. However, the FDA continued to work on strengthening warnings and evaluate the risks associated.

After extensive research, the FDA requested the implants be taken off the market. On July 24, 2019, Allergan, the manufacturer of textured breast implants, recalled all breast implant products associated with ALCL. Surgeons prefer textured implants to ensure that the implant will stay in place, though smooth implants are more simple to insert and adjust. There is no evidence explaining why textured implants lead to a higher likelihood of developing ALCL, but experts are exploring a theory that has to do with the bodies reaction to the material as the skin tissue regrows around the textured implant in microscopic grooves. There seems to be no greater likelihood of developing cancer based on the actual contents of the implants.

ALCL is a type of non-Hodgkin’s T-cell lymphoma that can develop after receiving breast implants. 414 reported cases have been reported to the FDA.

ALCL is a rare form of cancer. Women that have not experienced complications have no reason to remove the implants. But women with breast implants, or women planning on receiving breast implants, should be aware of the potential complications. Women with illnesses, such as ALCL, that have been linked to breast implants met with the Food and Drug Administration in March 2019 to demand changes. The two-day public forum was held by the general and plastic surgery devices panel to “hear from researchers, advocates, patients, and the industry about the implants.” The goal of the forum to decide the next steps in exploring the growing evidence that suggests breast implants can lead to adverse health effects. The women who spoke out against industry standards expressed concern about the lack of information provided to those wanting breast implants and calling for a ban one type of implant that is associated with ALCL. Additionally, they asked the panel to disclose all materials used in the implants and enact a black box warning. The warning is the strongest warning the FDA can issue for a pharmaceutical drug or medical device.

In the United States, about 400,000 women get breast implants every year. As the discussion has progressed, we are glad the FDA took the initiative to properly warn women about the risk associated and Allergan heeded the warning.