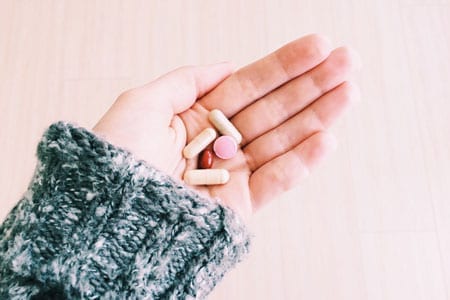 The Food & Drug Administration (FDA) is a federal agency of the United States Department of Health & Human Services. Along with the FDA approval process for pharmaceutical drugs and devices, the FDA supervises, approves, and monitors the functionality and safety of food and manufactured products available on the U.S. market. In recent years, a number of watchdog agencies, groups and individuals have called into question the FDA’s approval process for drugs and medical devices. Their concerns are not unfounded.

Since 1938, the Food & Drug Administration (FDA) has been in charge of approving each prescription drug and medical device before it is released into the market for consumer use. There is a strict process that manufacturers must follow in order to gain FDA approval, but the process was recently made a bit easier in particular situations. The FDA now allows pharmaceutical companies to use a shortcut, accelerated drug approval, to expedite the process of market approval. In the past, prescription drug and medical device manufacturers had to establish the safety and efficacy of the product by meeting stringent requirements and conducting extensive testing before a product could be approved for market.

Manufacturers have to abide by the FDA’s five steps for approval:

Although these five steps seem simple, the entire drug development and approval process could take up to 10 years or more. This extensive review period may seem unnecessary, but, in reality, it is necessary to ensure that each prescription drug and medical device does not pose long-term risks. The research, development, trials, and review process all verify that a product will be safe for consumer use. The FDA’s accelerated drug approval program speeds up the process in certain situations. Under new regulations, drugs may be fast-tracked if they will treat serious conditions or fill an unmet medical need. After approval has been granted, pharmaceutical manufacturers must conduct phase IV clinical trials, or large-scale trials, to verify the drug or device does what it should.

Often, these trials seek to answer questions that can only properly be studied over time such as, “What are the side effects of the drug for a consumer who has taken it for years?” or “Are there any rare side effects that haven’t been observed yet?” According to a team of researchers, only 50% of those trials were conducted within three years of approval. Startlingly, of the trials that were completed within that three-year time frame, only 44% were conducted according to the gold standard – a double-blinded, placebo-controlled study. This is alarming because post-approval studies are not necessarily being conducted according to the highest standards.

According to research conducted by Yale School of Medicine, the majority of pivotal trials in accelerated drug approvals involved less than 1,000 patients and lasted six months or less, while the full-five step process involves studying a large population and a time frame of multiple years. The FDA decides whether to accept a pharmaceutical drug or medical device to the accelerated drug approval program based on whether the drug “has an effect on a surrogate or an intermediate clinical endpoint.” Basically, this entails a lab measurement, a physical sign, or image that is likely to predict an outcome but is not a measure of actual benefit whereas drugs or medical devices approved through the traditional five-step process must prove actual benefit through a clinical study of a large population and an extensive time frame before approval.

Above all, there is a great need for the product to be both safe and effective at treating a serious health ailment or fulfilling an unmet medical need. “[The FDA] already approve[s] products faster than anyone on the globe,” according to Dr. James Chambers, Professor at the Tufts School of Medicine. Elaborating, he said the underlying goal of both the FDA and drug manufacturers to cure health ailments is worthy, but the most important thing should be the safety of consumers. In recent months, the FDA has come under fire to their lax vetting processes – specifically in terms of the number of injuries related to transvaginal mesh.

The FDA made an announcement in April that it “couldn’t guarantee the long-term safety and efficacy of vaginal mesh products” following a New York Times report that “most medical devices are poorly vetted before their release into the marketplace and poorly monitored after the fact,” largely due to “regulatory loopholes and lax oversight.” The Times went on to advise the agency to “tighten approval standards,” “fix post-market-surveillance,” and “loosen industry’s grip” on regulators.

All pharmaceutical drugs fall within the FDA’s realm of jurisdiction. To combat supervising the high velocity of pharmaceutical products coming into the market, the FDA created a subsidiary office, the Center for Drug Evaluation and Research (CDER). The CDER title is self-explanatory; the agency’s sole purpose is monitoring and evaluating the safety of pharmaceutical products in the market. But contradictory to this agency’s name, the watch-dog does little to ensure consumer safety. As openly advertised on the FDA website, the CDER does not actually perform pre-market approval testing of pharmaceutical drugs itself, but rather they conduct limited research monitoring the drug quality, safety, and efficiency to ensure that it meets FDA standards. Issues of objectivity exist in the limited research that the CDER does conduct, with a number of the independent researchers holding lucrative relationships with the pharmaceutical companies whose product they are testing. So, what CDER sister-agency acts as the drug testing agency within the FDA if the CDER does not incorporate full pre-market testing? Simply put, there isn’t one. Obviously, conducting objective research is necessary to ensure product safety for nearly 70% of American consumers who use prescription medication. Who better to do so than the pharmaceutical manufacturers producing these drugs? That’s right, the same companies manufacturing the drugs are also tasked with testing the product’s safety for consumption. Would you be surprised to learn that these companies put the safety on the backburner to increase profits from time to time? This may be the main contributor to the surge in pharmaceutical drug recalls over the past few years.

This is the step-by-step process of how prescription drugs come to market, from the development process to FDA approval for the market:

Similar to drug approval, the FDA approval process of medical devices seems to be entirely too lenient, prompting certain agencies to publically condemn the FDA’s methods and call for a new system to be put in place. The Institute of Medicine (IOM) called into question the process by which many medical devices are approved by the FDA. The FDA asked the IOM to review their process for approving “moderate-risk devices”, which can include anything from contacts to pacemakers. The IOM found that the current process is deficient and unfixable and should be scrapped in favor of a more rigorous process. The IOM cited that many of the problems with safety come from the legislation enacted. Devices can go through what is called a 510(k) process, which requires only that the new device is “substantially equivalent” to a previous device. The application is short and minimalistic and does not even look at safety or effectiveness. Devices that were approved prior to 1976 were grandfathered in, and many did not undergo examination for safety or effectiveness.

However, devices were still allowed to claim substantial equivalence to those devices, which means their safety and effectiveness has never been proven. There have also been problems with devices that claim substantial equivalence to devices that were approved post-1976 in a more rigorous process. The FDA has always stated that they wanted the 510(k) applications to be easy in order to spur innovation. However, the IOM had serious doubts about whether the process was actually facilitating innovation. The IOM concluded that the laws that created the medical device approval process were flawed and should be scrapped in favor of a more robust and safety conscious system.

The time has come for the FDA to, at least restructure, or completely rebuild the methods used for pre-market FDA approval process of drugs and medical devices. Third-party oversight is very necessary for an industry where the watchdog institutions so closely intermingle with the businesses that they audit. Otherwise, there is no true accountability. Until these changes are made, the burden of penalty lies entirely on the consumer, who is subjected to dangerous, sometimes life-threatening products.

The FDA approval process is dated and can potentially be compromised. On Monday, November 26, 2018, the FDA announced they would begin the process of overhauling “the nation’s decades-old system for approving most medical devices, which has long been criticized by experts for failing to catch problems with risky implants and medical instruments.” FDA Commissioner Dr. Scott Gottlieb said in a statement, “We believe that newer devices should be compared to the benefits and risks of more modern technology.” In addition to modernizing the approval process, the FDA announced the would consider publicly disclosing the company’s whose products were more than 10 years old in hopes of prompting future innovations. They said “We believe that encouraging product developers to use more modern predicates would give patients and their doctors a choice among older and newer versions of a type of device, promote greater competition to adopt modern features that improve safety and performance, and help make sure that newer devices reflect more modern technology and standards that can improve patient care.” With the right new plan, the agency could start the process of initiating a successful objective approval process that keeps dangerous drugs and medical devices off our shelves.