Sequel Youth and Family Services is the most notable operator of youth residential treatment facilities in the United States, and reportedly operates up to 80% of these establishments.

Though their marketing and public statements espouse an aura of care and reverence for the well-being and progression of the residents they house, their company has been named in lawsuits that allege rampant physical, sexual, and mental/verbal abuse. Sequel employees have also faced criminal charges for abuse.

If you or a loved one suffered from abuse at a Sequel facility, camp, boarding school, or treatment center, consider contacting TorHoerman Law for legal help.

You may be entitled to financial compensation for your injuries and damages.

Attorneys at TorHoerman Law have first-hand experience with these sorts of facilities and can help you gain justice and compensation.

How long do I have to file a Sequel abuse lawsuit?

The statute of limitations for each state determines the amount of time that a victim has to file an abuse lawsuit.

To find out what the statute of limitations is in your state, contact TorHoerman Law for a free, no-obligation legal consultation today.

Can I sue a Sequel facility that is closed?

You can still file a Sequel abuse lawsuit against facilities that are closed.

You can also sue facility staff members who are no longer working for Sequel.

What type of abuse qualifies for the Sequel lawsuit?

Forms of abuse that qualify for the Sequel lawsuit are:

Can I represent a loved one or family member in a Sequel abuse lawsuit?

If you have suffered the loss of a loved one due to abuse at a Sequel facility, or you represent the estate of a victim, or you are the legal guardian of an underaged victim, you may be able to represent the victim in a lawsuit.

Do I qualify for the Sequel abuse lawsuit?

If you or a loved one suffered injuries or other damages as a result of abuse suffered while under the protective care of a Sequel youth facility – you may qualify for legal action.

Sequel Youth and Family Services was founded in the late 1990s by former employees of Youth Services International.

Sequel was established to operate Clarinda Academy in Iowa, but soon expanded to operate dozens of youth residential treatment facilities around the country.

Sequel often receives government funding to take in youth residents from both the foster care system and juvenile justice system.

Sequel, and similar for-profit companies that run youth behavioral health centers, can be paid up to $800 a day per child they take into their facilities, turning a profit of millions each year.

A majority stake in Sequel was bought by Altamont Capital, a private equity firm located in California, in 2017.

John “Jay” Ripley, one of Sequel’s founders, established Vivant Behavioral Healthcare in order to buy a majority of Sequel and eventually rebrand the company.

What Facilities does Sequel Operate? 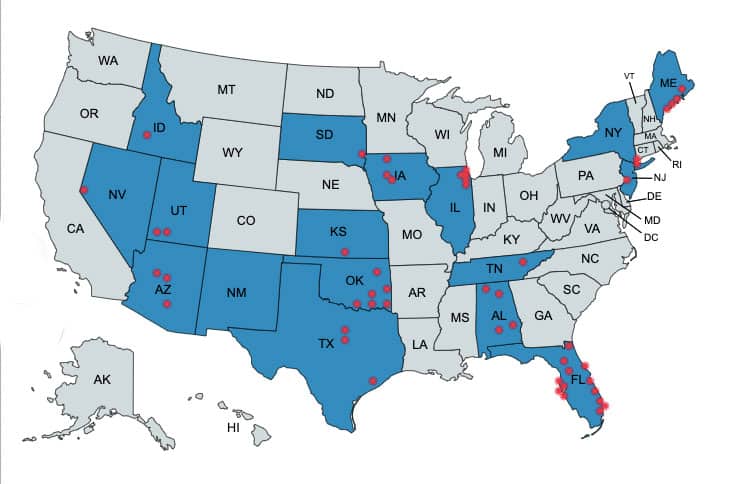 Many Sequel facilities have closed.

Even if a facility is closed, victims can still take legal action against parties involved in the facilities.

As of 2021, Sequel operates youth behavioral centers in 17 states.

The seventeen (17) states with currently active Sequel facilities are:

Allegations of Abuse in Sequel Youth and Family Services Facilities

Reports of abuse in Sequel facilities have come out at an increasing rate over the past 10-15 years.

While much of the abuse in Sequel facilities allegedly went undocumented, many other instances were well reported and even noticed by state officials responsible for ensuring the safety of youth residents.

In an article from APM Reports analyzing Riverside Academy in Kansas, a former Sequel operation, it was found that:

“In the four years before it closed, the facility had been cited 38 times by Kansas officials for problems including excessive force by staff, poor supervision, under-qualified medical personnel, neglect and bullying by residents, according to state licensing records.”

The most common issue reported at youth residential treatment facilities is physical abuse, either at the hands of employees or other residents.

Northern Illinois Academy in Des Plaines, operated by Sequel, was closed because of reported abuse by staff, and improper restraints were highlighted in news reports surrounding the closure.

Red Rock Canyon School, another Sequel-ran facility, closed in 2019 after reports of abuse surfaced and a riot among residents ensued, resulting in area SWAT teams responding.

The Death of Cornelius Fredricks

A 16 year-old resident named Cornelius Fredricks was killed at a Kalamazoo, Michigan facility run by Sequel.

He was physically restrained by workers putting their full body weight on his torso, leading to a cardiac arrest and his death two days later.

Cornelius’ tragic death has been a watershed moment for the fight against abuse in these facilities.

After Cornelius’ death, Sequel was forced to shut down facilities in 18 states and earmarked for further criminal investigations and civil lawsuits.

Sexual abuse has also been reported in Sequel facilities and is just as unreported and undocumented as physical abuse.

An NBC News investigation sorted through tens of thousands of documents and found dozens of reports of sexual and physical abuse.

An employee at a Sequel facility in Utah was arrested for sexual battery and showing pornography to minors.

Falcon Ridge Academy, where these crimes occurred, is meant to house teenage girls with behavioral issues usually resulting from trauma.

Falcon Ridge Academy had the highest rate of sex crimes reported in the state of Utah.

Both before and after Cornelius Fredricks’ death, Sequel closed a number of their operations for a variety of reasons, ranging from  understaffing and financial troubles to abuse allegations and criminal charges.

Multiple lawsuits have been filed against Sequel Youth and Family Services, alleging abuse of all sorts and negligent behavior of staff and management.

Most notably, the estate of Cornelius Fredricks filed a $100 million lawsuit against Sequel for his death.

Multiple lawsuits have been filed in Alabama, alleging rampant abuse in Sequel’s Courtland and Tuskegee facilities.

A number of new lawsuits are currently being filed nationwide against both currently operational and closed Sequel facilities.

For more information about potential legal action, you can contact an experienced Sequel abuse lawyer at TorHoerman Law for a free, no-obligation case consultation.

If you do not feel comfortable discussing your situation with a member of our team, you can use our chatbot below to receive a free, instant online case evaluation.

No information will be shared unless you, as a client, first approve.

You may qualify to take legal action, to seek compensation for the damages that you incurred from the abuse in a Sequel facility, if you or a loved one suffered:

This applies to, both, currently operational facilities and closed facilities.

If you are representing the estate of a loved one who has died as a result of abuse, or as a result of self-harm from abuse, you may qualify to file a wrongful death lawsuit against Sequel or at-fault parties.

If you are representing a victim who is under the age of 18 and falls under your legal care, you may qualify to file a lawsuit.

Potential defendants in the Sequel Youth and Family Services abuse lawsuit may include one or more of the following parties:

To best determine potential defendants, consult with an experienced attorney.

TorHoerman Law is a personal injury law firm comprised of individuals who are dedicated to getting justice for those wrongfully injured by the tortious acts of others.

Members of our attorney team have first-hand experience with youth residential treatment facilities and abuse cases.

If you or a loved one was the victim of abuse at one of these facilities, contact TorHoerman Law for a free, no-obligation case consultation with a member of our team or use our chatbot below to receive a free instant online case evaluation today.

All consultations are completely confidential and discrete.

No information shared in consultations is shared unless first approved by our clients.