Yes. The Fisher Price Rock n Play baby sleeper poses a risk to children. Due to a design defect, the product puts infants at risk of asphyxia, a potentially fatal injury.

The cause of death for many of the children who suffered fatal injuries as a result of the Fisher Price Rock n Play was asphyxia due to the child’s angular position as a result of a design defect in the baby sleeper product.

If your child suffered injuries related to the Fisher Price Rock n Play baby sleeper product while using the product, you may qualify for legal action. 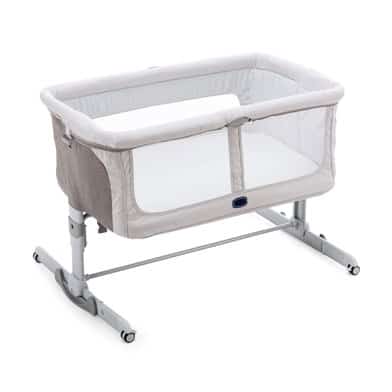 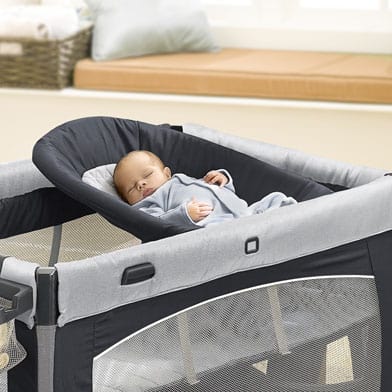 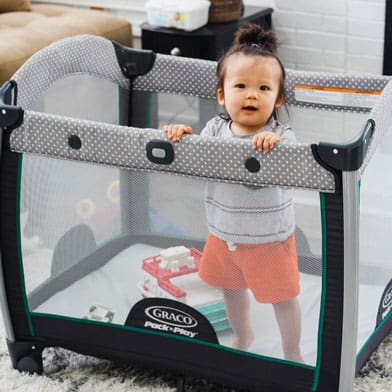 “Less than two weeks after Fisher-Price recalled its popular Rock ‘n Play sleepers, two class-action lawsuits have been filed against Fisher-Price and its parent company Mattel.

The April 12 recall of 4.7 million Rock ‘n Play sleepers came a week after the U.S. Consumer Product Safety Commission and Fisher-Price issued a safety warning that said 10 babies died. Days after the April 5 warning, a Consumer Reports investigation connected the product to more than 30 infant deaths since 2009.

The first suit, filed April 18 by Samantha Drover-Mundy and Zachary Mundy of Delaware, says the recall didn’t come soon enough to save their 12-week-old daughter, who they say died minutes after being placed in a Rock ‘n Play Sleeper in September.

The next day, Cassandra Mulvey, of Nassau County, New York, filed a suit, which says she received the item as a gift in 2016 to ‘use as a sleeper for overnight or prolonged sleep for her infant.’

The Mundy and Mulvey family Fisher Price Rock n Play lawsuits against Fisher-Price and Mattel are consistent with thousands of infant incline sleeper recall lawsuits across the country. These products position newborns’ heads at an incline that can cause suffocation. This design flaw has led the US Consumer Product Safety Commission (CPSC) to recall hundreds of thousands of baby sleepers. In April 2019, Fisher-Price recalled all of its Rock n Play Sleeper products.

The lawsuit claims the marketing of the Rock ‘n Play ‘was dangerously false and misleading.’

In both cases, families are seeking unspecified damages and are looking to create two classes of potential claimants: one for New York and the other nationwide.”

“Consumers who have a Rock ’n Play Sleeper can contact Fisher-Price for a refund or voucher. To reach the company, go to Mattel’s customer service page and click on Recall & Safety Alerts or call 866-812-6518 from 9 a.m. to 6 p.m. ET Monday through Friday for more information.

CR recommends that parents and caregivers with other inclined sleepers should also immediately stop using those products. That is especially true for Kids II inclined sleepers, which CR has reported to be linked with four infant deaths.”

The Consumer Product Safety Commission (CPSC) has decided that baby sleeper products, such as the Fisher-Price Rock n Play Sleeper, are not safe. CPSC conducted studies on popular infant incline sleeper products because of a concerning number of reported injuries and fatalities. These sleepers position infants at a 10 to 30-degree incline, which makes it easy for them to roll over onto their stomachs. This puts them at risk of:

CPSC proposed that all baby sleeper products with an incline 10 degrees or higher be removed from the market. If you or a family member’s child suffered injury or died while using the Fisher-Price Rock ‘n Play Sleeper, you could be eligible for a Fisher-Price Rock n Play lawsuit settlement.

Do I Qualify For a Fisher-Price Rock n Play Lawsuit?

If you or a family member suffered because of a child’s injury or death while using a Fisher-Price Rock n Play Sleeper, you don’t have to handle your financial and legal battles alone. Working with an experienced baby sleeper lawyer and filing an infant incline sleeper recall lawsuit will help ensure that you receive the right compensation for your family’s suffering and damages. Before taking action, make sure you are familiar with the proper steps in filing a case.

The first step of a Fisher-Price Rock n Play lawsuit is to work to mitigate the child’s injuries as soon as possible. Mitigation requires seeking adequate medical expert care, advice, and treatment. This is essential both for the infant’s health and for the strength of your potential Rock n Play Sleeper lawsuit. It is also essential to gather evidence such as all relevant records, documents, bills, and photos. After gathering evidence and mitigating the infant’s injuries, you should seek legal guidance and work with an experienced personal injury attorney. It is also advised to learn more about the steps of the civil litigation process and your state’s statute of limitations.

Our law offices offer free, no-obligation case consultations for all potential clients. We work on contingency fees, meaning we don’t charge our clients until they receive compensation for their damages. Contact a Fisher-Price Rock n Play lawyer at TorHoerman Law today to learn more about your available legal support and potential Rock n Play Sleeper settlement.