If you or a loved one has suffered injuries, property damage, or other losses resulting from a car accident in Cicero, IL, contact an experienced Cicero car accident lawyer.

TorHoerman Law is a Cicero car accident law firm operating from downtown Chicago and representing clients across the Chicagoland area.

Our firm offers free, no-obligation case consultation with all potential clients. Contact us to speak with a member of our team and learn what legal options are available to you, including filing a Cicero car accident lawsuit to gain compensation for your losses.

You can also get an instant online case evaluation for free from our chatbot below.

It’s possible you’ve had to spend a lot of money on things as a result of your car accident. A lawyer can help you receive compensation for these unexpected payments.

Call your insurance company after the accident. They’ll give you some options. Then use an Instant Case Evaluation online to see your full list of legal options if the insurance coverage doesn’t match your total damages.

The compensation amounts of car accident lawsuits vary depending on several factorts. Typically, those who suffer more severe injuries will be awarded higher amounts of compensation. Having a strong legal team at your side is the best way to ensure you recieve as much compensation as possible.

Cicero, Illinois, is a diverse community and one of the state’s largest and oldest cities.

Located just 7 miles west of downtown Chicago, Cicero offers a mix of independent shops, unique international restaurants, and commercial and manufacturing industries. With over 80,000 residents and a steady flow of commuters, Cicero’s roadways can be busy. Unfortunately, this also means that auto accidents are common.

Car accidents are stressful. Severe accidents can be traumatic, and even minor collisions can cause legal and financial problems. Cicero auto accident victims are not alone. At TorHoerman Law, we have an experienced team of successful Cook County car accident lawyers. We work with people who were involved in auto accidents to help them better understand their cases and navigate their legal options.

The following statistics outline the frequency and gravity of these accidents:

What are Common Causes of Car Accidents in Cicero, IL?

Even with increased safety standards, advances in technology, and countless public awareness campaigns — vehicle accidents are still very common. Many car crashes are preventable, and the majority are caused by human error.

These are the most common causes of car accidents in the United States:

Distracted driving is the leading cause of car accidents in the U.S. Distracted driving has become more common as drivers are preoccupied with phone calls, texts, food, makeup, and other distractions, instead of focusing on the road. Even just a split-second of inattention while driving can have severe, and even fatal, consequences.

Driving while impaired by drugs and alcohol is not just incredibly dangerous – it’s illegal. Driving under the influence remains one of the United States’ leading causes of car accident injuries and fatalities.

Driving at excessive speeds is the second most common cause of U.S. auto accidents. Drivers often disregard the legal speed limit, especially when they’re on highways. This gives them less time to react and less control over their vehicles.

Reckless driving describes scenarios where a driver ignores traffic laws and signals, carelessly handle his or her car, or drives aggressively. Reckless driving is associated with road rage, carelessness, and a lack of situational awareness.

Drivers should take extra precautions when driving in the rain, snow, ice, fog, or heavy winds. Car accidents are more common in these conditions, especially when drivers do not slow down, fail to account for necessary increases in stopping time, or do not maintain a safe distance from other vehicles.

What Are Common Car Accident Injuries?

Drivers and passengers are often injured in auto accidents. In fact, 31,404 crashes in 2018 in Cook County resulted in injuries. The most common automobile accident injuries are:

Auto accident injuries range from minor to severe, and it’s highly recommended to seek proper medical attention after an accident. Some injuries are not recognizable immediately after the accident and can develop into something more serious. Certified medical professionals are better trained to recognize internal or less-discernible injuries that could lead to complications later on.

Illinois Laws Regarding the Use of Seatbelts

“Seat belts save lives,” is not just a slogan — it’s the truth. The National Highway Traffic Safety Administration (NHTSA) estimated that seat belts saved 14,668 automobile occupants’ lives in the United States in 2016. Wearing a seat belt is the safest choice, and it’s the law.

The state of Illinois requires that all occupants of a moving vehicle, regardless of their seating position, wear a seatbelt that is properly fastened and adjusted. The driver is responsible for ensuring that everyone is wearing a seatbelt, and failure to comply with this law can lead to fines starting at $25. The Child Passenger Protection Act (CPPA) requires that all children 8 years and younger be properly seated in a CPPA-approved child safety seat. For more information about child safety seat requirements and seat belt laws, exemptions, and penalties, visit Buckle Up Illinois.

How Can Drivers Prevent Car Accidents in Cicero, IL?

As mentioned earlier, the majority of auto accidents are caused by human error or negligence. This means that many car accidents can be prevented, and there are steps drivers should take to ensure the safety and well-being of themselves and other drivers.

Here are steps that drivers can take to help prevent car accidents:

What Should You Do if You’re in a Car Accident in Cicero, IL?

If you’re in an automobile accident, preparation makes the situation easier to handle. Here are the five steps to take after a car accident:

Stop! Do Not Drive Away

Never drive away after a car accident. It will make the situation much worse, and it’s against the law. Instead, shift your vehicle into park, turn off the engine, and turn on your hazard lights. Establish a safe path that is out of the hazard zone before you exit your vehicle.

Alert the Police and Medical Personnel

If the accident is an emergency, call 9-1-1 to alert the authorities and for medical treatment. If no one is injured and the vehicles are not blocking traffic, call the Cicero Police Department non-emergency number at 708-652-2130 and report the accident. Follow any instructions from the police and medical personnel.

It’s important to document the accident details beyond the police report. Take photos of any damages and the road where the accident occurred. Take detailed notes that describe the date, time, and how the accident happened. Takedown the names, phone numbers, insurance information, and license plate number of anyone involved. Do not admit fault (read on to learn why). Do not sign any documents unless you are required to by the police or authorized personnel. Contact your insurance company as soon as possible.

Track All Medical Expenses and Treatments

If you are injured in a car accident, make sure you receive adequate medical care. Keep detailed records of all of your medical treatments and expenses along the way. This will help your car accident attorney and the insurance company ensure that you receive full compensation for your damages.

Working with an experienced car accident lawyer will help ensure that you have a strong case. Legal representation increases your chances of receiving full compensation for your damages including vehicle damage, medical bills, and lost wages. Be aware of Illinois’ statute of limitations and be sure to file your personal injury claim on time. Contact TorHoerman Law to learn more about working with our team of car accident lawyers and personal injury attorneys.

If you are involved in a car accident in Cicero, contact emergency services, and seek medical treatment and care.

Why You Should Never Admit Fault in an Auto Accident

There is no reason to ever admit or accept fault at the scene of a car accident. Even if you think that you are to blame, do not admit fault. Defining auto accident fault is complex and based on many situational details and laws. It’s often likely that the other party is also at fault.

If you do claim fault at the scene, the other party can use it against you in future hearings, deliberations, and arbitrations. If you feel pressured to admit fault, stay calm, and politely state your rights to refuse to question. Again, do not admit fault. Wait and have your Cicero car accident lawyer handle the situation.

If you were involved in an auto accident, you deserve proper compensation for your damages.

At TorHoerman Law, we have a team of Cicero car accident lawyers and personal injury lawyers with years of success in the Cook County legal system. Our law firm offers free, zero-obligation consultations and we base our services on contingency fees. This means that our clients do not pay until we have helped them earn compensation for their damages. 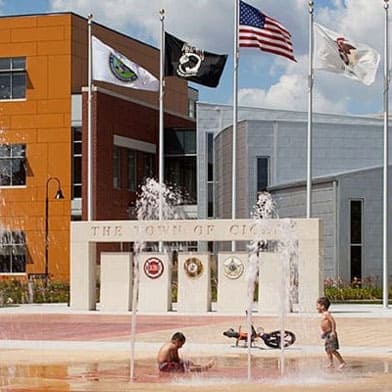 “Find Out What Are The Leading Causes For Most Car Accidents | Markets Insider.” Business Insider, Business Insider, markets.businessinsider.com/news/stocks/find-out-what-are-the-leading-causes-for-most-car-accidents-1027930348.