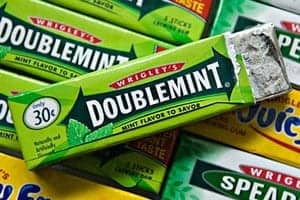 Diacetyl exposure can cause many serious health afflictions, including a lung disease commonly known as "popcorn lung." The term "popcorn lung" originated from the initial discovery of workers sick from diacetyl exposure at popcorn manufacturing plants. Evidence now suggests diacetyl exposure can occur at a variety of food factories, including those that manufacture coffee, animal food, and most recently, gum. Former employees of Wm. Wrigley Jr. Co. filed a lawsuit in Cook County in Chicago alleging they developed numerous health ailments due to long-term diacetyl exposure at the factory. Wm. Wrigley Jr. Co. has been closed for ten years, but symptoms of the exposure to diacetyl still persist. Gwendolyn Carter, a plaintiff in the lawsuit, suffers from numerous respiratory problems, which according to the lawsuit, resulted from years of exposure to diacetyl while working at the plant as a housekeeper. "Our goal at TorHoerman Law is to help those hurt through no fault of their own," Jacob W. Plattenberger, Attorney at TorHoerman Law said. "The individuals suffering as a result of their exposure to diacetyl at the chewing gum manufacturing plant deserve justice." On Wednesday, Sept. 13, 2017, a group of former workers, including Gwendolyn Carter, from the chewing gum manufacturing plant brought a slew of lawsuits against 15 companies they say should have to pay for their exposure to diacetyl gum and related health problems. The suit alleges the companies should have done more to prevent workers from being exposed to the deadly chemical and from developing health issues such as asthma and "popcorn lung." Diacetyl can either be a synthetic or naturally occurring chemical compound found in various foods, but is most commonly found in processed food products with flavoring additives. Examples of foods with diacetyl flavorings are microwave popcorn, crackers, chewing gum, syrup, and candy. Essentially any processed food with a flavoring additive is likely to contain diacetyl. Diacetyl is most dangerous in its vaporous form. Although diacetyl is not inherently dangerous in the lower quantities that the average consumer is exposed to, workers in the manufacturing plants are at high risk of being exposed to dangerous levels of diacetyl inhalation through various processes in the manufacturing of these foods. The flavorings are highly volatile which means diacetyl vapors can evaporate from both their liquid and solid form and can be easily inhaled making exposure a virtually silent process. Once inhaled, the chemical can cause short-term side effects such as shortness of breath, eye and skin irritation, and/or difficulty sleeping. These side effects can persist even after leaving work but may decrease over a short period of time such as a weekend. After a continued period of chemical exposure, long-term damage to the lungs, including the disease of bronchiolitis obliterans, can occur. Regulatory actions and studies have focused on diacetyl exposure for the past few years, but most recently and in addition to diacetyl gum, coffee manufacturers have been subjected to stricter guidelines to prevent workers from being exposed to diacetyl during the coffee roasting process. Frighteningly enough, more and more industries are coming under fire for their connection to diacetyl exposure. Juul and other e-cigarettes are rife with controversy as it is thought that the chemicals in Juul exposes users to diacetyl and can cause popcorn lung and other deadly conditions.