If you or a loved one has been exposed to the dangerous chemical diacetyl vapors and were subsequently diagnosed with bronchiolitis obliterans, you may be eligible to participate in the popcorn lung lawsuit. Contact a popcorn lung lawyer from TorHoerman Law for a free, no-obligation case consultation today. TorHoerman Law is the leading diacetyl exposure law firm in the country, litigating on behalf of individuals who suffered diacetyl exposure injuries at home, in the workplace, or in other exposure locations.

Want to find out if you qualify for a diacetyl exposure lawsuit right now? Use our chatbot below to get an instant case analysis, free of charge.

Popcorn lung, also known as bronchiolitis obliterans, is a degenerative lung disease in which the lungs smallest airways are damaged causing shortness of breathe, coughing, wheezing, and other issues. If gone untreated, popcorn lung can be fatal.

Popcorn lung is another name for bronchiolitis obliterans, a lung condition that damages your lung’s smallest airways and is caused by prolonged exposure to diacetyl. Diacetyl is a highly toxic chemical compound that is very dangerous to not only people who work with it but also to consumers. Diacetyl exposure can cause permanent, severe, and potentially lethal lung disease in workers and consumers. Diacetyl vapors enter the lungs setting off an autoimmune chain reaction in the lung tissue of the small airways. Early signs of the disease can be eye irritation; shortness of breath that is new; fatigue; crackling in the lungs; and difficulty sleeping. In its early stages, symptoms may decrease during weekends or other breaks from chemical exposure. A popcorn lung lawsuit has been filed on behalf of individuals who have been exposed to diacetyl unknowingly and subsequently developed popcorn lung.

Diacetyl is a popular chemical food additive. Diacetyl is used in the production of many flavored foods but is primarily used to foods to create a buttery flavor. Diacetyl is found naturally in a number of products including coffee, butter, chocolate and other foods.

Vaporized diacetyl exposure has been linked to an increased risk of popcorn lung. In it’s natural state, diacetyl does not pose a risk to consumers. However, when the chemical is heated into a vaporized state, inhalation of diacetyl can be extremely dangerous, especially at high levels. 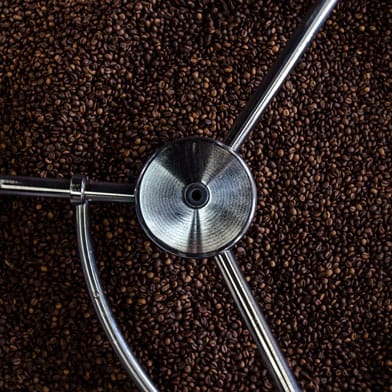 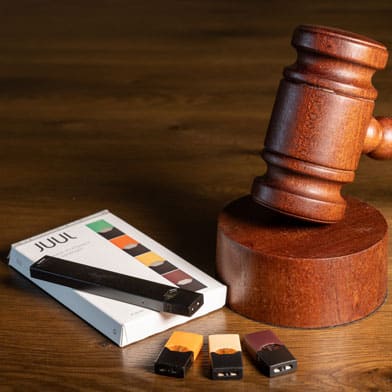 “Popcorn lung” is the nickname for bronchiolitis obliterans, a lung condition that damages your lung’s smallest airways and is caused by prolonged exposure to diacetyl.  A Popcorn Lung lawsuit has been filed against the manufacturers of these dangerous drugs and the companies that did not protect their workers.

Diacetyl is a highly toxic chemical compound that is very dangerous to not only people who work with it but also to consumers. Diacetyl exposure can cause permanent, severe, and potentially lethal lung disease in workers and consumers. Despite this, many people continue to work with diacetyl and are not told of the steps they need to take to protect themselves. Also, consumers could be breathing diacetyl vapors and risking their health by using products containing diacetyl.

Diacetyl vapors enter the lungs, setting off an autoimmune chain reaction in the lung tissue of the small airways. If you picture your windpipe as a tree trunk the small airways, or bronchioles, are the smallest end of the smallest branches, furthest away from the trunk. This is where oxygen goes into your bloodstream, and CO2 comes out. The tissue in the bronchioles becomes fibrotic, essentially turning to scar tissue. The tissue stops working as it should, and less and less oxygen is able to get from the lungs into the bloodstream where the body can use it. Once this scarring process has happened it is irreversible – the tissue never returns to normal.

Diacetyl Exposure Cause of Popcorn Lung 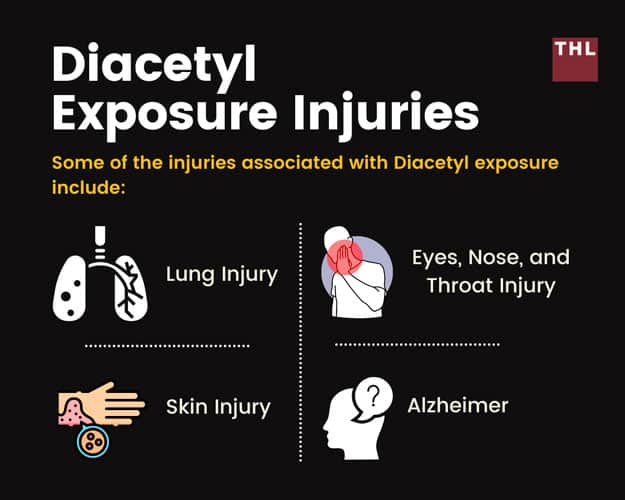 Most people do not know that they are exposing themselves to diacetyl because it is oftentimes actively hidden by the industry.

As a result, consumers are deprived of the ability to make an informed decision about the products they are using.  Sadly, the health of American workers is left to profit-motivated corporations. And, these flavorings are BIG business.

Diacetyl is both a man-made chemical compound and something that occurs naturally in certain foods or food processes. Diacetyl is used to mimic the taste, texture, and smell of butter. In the flavoring industry, it is used as an ingredient, or component part, of usually complex flavoring “recipes” used to artificially flavor foods, beverages, and so-called vaping juice or e-juice. Any processed flavoring that has a buttery-note, or buttery taste, as part of its flavor profile likely contains diacetyl. Even if that product is labeled as being “naturally flavored” it could still contain diacetyl.

Even though the human health risk of diacetyl has been known for decades there is no current requirement that a company indicates on a box or label, when a product contains diacetyl.

“Generally Recognized as Safe” Refers to Ingestion Only.

While the FDA does classify diacetyl as “GRAS” or “Generally Recognized As Safe” it is important to understand that this classification refers only to the question of the safety of ingestion. The FDA is merely answering the question “is something safe to eat”? This is a very different question than “is it safe to inhale”?

Popcorn lung Lawyers, private groups, state government, and health agencies, as well as other medical professionals, have tried for years to raise public awareness of the dangers of this chemical.

Some of the injuries associated with Diacetyl exposure include:

Symptoms include a dry cough, shortness of breath when using extra energy, and wheezing. The symptoms can start gradually, or severe symptoms can occur suddenly. The symptoms continue even away from work. Asthma medicines are not effective.

The progression of the disorder often takes place over a period of months to years, and frequently results in progressive respiratory tract symptoms and irreversible losses in ventilatory lung function.

Diacetyl vapors can sting or burn the eyes. The vapors can cause your nose and throat to burn and feel sore.

Diacetyl can irritate the skin. It can cause a rash of dryness, redness, flaking, and cracking of the skin.

Lung disease can be hard to diagnose even for experienced pulmonologists. And, even doctors experienced in treating occupational diseases can miss bronchiolitis obliterans. If you believe you have been exposed to diacetyl in your workplace, or at home, be sure to let your doctor know so that your lung function can be tested. Early detection is critical.

TorHoerman Law has been representing people all over the country suffering from diacetyl-induced lung disease for several years. Please contact Attorney Jacob W. Plattenberger with any questions you may have about a Popcorn Lung lawsuit.

If you or a loved one has been exposed to diacetyl vapors and subsequently been diagnosed with popcorn lung or other serious injuries mentioned above, you may be entitled to participate in the popcorn lung lawsuit.

If you think that you qualify, the first and most important step is mitigating injuries and other losses by seeking proper medical treatment, following your doctor’s orders, removing yourself from the environment you were exposed in and limiting the costs associated with your injury.

Next, you will need to hire a personal injury lawyer to act as your legal representative in your popcorn lung lawsuit. The choice of an attorney is an important one – be sure that your popcorn lung lawyer has experience in toxic tort lawsuits and chemical exposure lawsuits.

Your state’s statute of limitations limits the amount of time after your injury that you have to file a popcorn lung lawsuit, so do not hesitate to find an attorney to represent you as soon as possible.

Your popcorn lung lawyer will work diligently to prove liability for your injuries falls on another party or parties.

They will do this by gathering evidence to build your case, assessing damages to determine what losses you incurred, and navigating the legal system to get you compensated for your total losses.

The civil litigation process of a chemical exposure lawsuit is oftentimes complex and confusing, which is why it is important to have an experienced popcorn lung lawyer, like the lawyers at TorHoerman Law.