For now, use the information provided to learn more about boating accidents and Maritime law.

With millions of boaters worldwide, it’s no secret that people love to spend time on the water. There is a wide range of recreational, travel, and sports-based activities that utilize boats as a means for transportation. While boating is typically a safe pastime, accidents, unfortunately, do happen. Whether by mistake or due to negligence, a boating accident can have serious consequences. If you or a loved one were injured in a boating accident, you don’t have to handle the legal, medical, and financial battles on your own. The following information will help you better understand liability and compensation in boating accidents and provides resources to help you and your family choose a boating accident lawyer to help navigate the legal process of a boating accident lawsuit.

Typically, the boat operator is the person who is most likely liable for any accident. The driver is responsible for obeying the laws on the water and ensuring that safety protocols are being followed.

First, you should make sure that all passengers are safe and out of danger. Once all passengers have been accounted for, you should dial 911 and contact emergency responders. After first responders have arrived, they will help you report the incident and take you through the next steps. 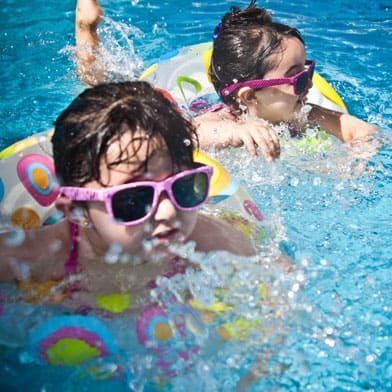 Most Common Causes of Boating Accidents

In accidents where the cause of death was reported, 77 percent of boating accident fatality victims drowned. Of the drowning victims with reported life jacket usage, 84 percent did not have on a life jacket.

Alcohol use is the known leading cause of boating accident fatalities. In cases where the primary cause was known, alcohol was listed as the main factor in 19 percent of fatalities.

How Many People Die from Boating Accidents a Year?

The Coast Guard reported 633 boating accident deaths in 2018. The fatality rate was 5.3 deaths per 100,000 reported vessels. The rate decreased by 3.6 percent from the previous year.

What type of boating accident causes the most fatalities?

The types of boating accidents with the highest number of deaths are falling overboard (159 deaths), capsizing (137), flooding/swamping (68), departed vessel (66), and collision with a fixed object (62).

What are the top known causes of boating accident deaths?

What is Most Likely to Cause Someone to Fall Overboard?

Most people fall overboard because they stand up while the boat is in motion. Particularly on smaller boats, standing up while the boat is moving or in rough waters can cause passengers and operators to lose balance and go over the boat’s sides. This can also occur when the boat is not properly balanced out.

Boating Under the Influence

Consuming alcohol affects vision, judgment, coordination, and balance. This increases the likelihood of boating accidents and puts passengers and operators at risk. Alcohol is even more dangerous on the water than land, and alcohol is responsible for nearly a third of all recreational boating deaths. It is illegal to operate a boat under the influence of alcohol in every state, and the Coast Guard enforces a federal BUI law that applies to all vessels.

The Coast Guard and individual state laws carry heavy penalties for boating under the influence. This includes large fines, loss of boat operation privileges, and jail time. BUI laws and enforcement vary from state to state, so familiarize yourself with your state’s individual limits and enforcement.

“In waters that are overseen solely by the states, the states have the authority to enforce their own BUI statutes. In-state waters that are also subject to U.S. jurisdiction, there is concurrent jurisdiction. That means if a boater is apprehended under Federal law in these waters, the Coast Guard will (unless precluded by state law) request that state law enforcement officers take the intoxicated boater into custody.

Does a BUI count as a DUI?

BUI law varies from state to state, and in some states, a BUI conviction can impact the offender’s automobile privileges.

In California, a BUI conviction counts the same as a DUI conviction, with the possible suspension to revocation of the operator’s driver’s license.

Illinois does not categorize a BUI as a DUI.

Missouri does not categorize a BUI as a DUI.

Pennsylvania does not categorize a BUI as a DUI.

Is Boating Under the Influence a Felony? Can You Drive a Boat if you Have a DUI?

A BUI charge can depend on a number of factors and be classified as a misdemeanor or a felony. BUI penalties vary state to state, and charges depend on the operator’s intoxication level, if a BUI lawsuit happens, the BUI lawyer defense, the operator’s past criminal experience, and many other factors. Familiarize yourself with your state’s boating under the influence laws.

What Should You Do if You Are Involved in a Boating Accident?

Even the most responsible boater can find themselves in a boating accident. While a boating accident can be traumatic, there are steps you can take that can help reduce damages, increase safety, and even save lives. These are the recommended steps:

Regardless of how insignificant any damages or how minor any sustained injuries appear to be, it’s crucial to have both medical professionals and authorities involved following up with your accident. Boating injuries might not be immediately recognizable or could become more severe later on, and certified medical professionals will be better able to recognize these issues. A police report is also helpful and often necessary for ensuing insurance and legal claims.

Gather all necessary information for insurance, legal, and medical purposes. If the accident involved another vessel, take down the boat operator’s contact and insurance information and the vessel’s make, model, and registration number. Be sure to note the time and place of the accident and, if possible, take photos of the boats involved, the location, and any damages. If eyewitnesses were available, make sure you have their contact information.

TorHoerman Law offers an extensive guide for gathering and collecting evidence for a case. These steps are crucial in forming a strong liability case and will improve your chances of receiving a strong settlement. Review our guide to assessing damages to gain a stronger understanding of damages in legal cases.

Reporting a boating accident is recommended to ensure the best legal, financial, and medical outcomes. Reporting your accident to the U.S. Coast Guard and your state reporting authority helps them maintain accurate data and build sufficient safety measures, and it can help you build a better case in court.  In many instances, reporting the accident is a requirement by federal law.

When is a Written Boarding Accident Required?

Federal law requires that an operator or owner of a recreational vessel involved in a boating accident file a report with their state’s reporting authority if the accident involved any of these circumstances:

When does a Boating Accident Report Need to be Filed?

Where Can I Find Forms to File A Boating Accident Report?

Forms for reporting a boating accident can be found on the U.S. Coast Guard’s Directive and Publication Division Website or by entering the following form numbers in a web search engine:

Once you are safely back on shore, report the accident to your insurance company with as many details as possible. Be sure to provide names, any photos you took, and a copy of reports filed by the police or medical professionals. Even in cases where damages seem minor, follow up for an inspection.

Hiring a personal injury lawyer can be a difficult decision, so be sure that you ask any questions you have before choosing a boating accident lawyer to represent you.

You should also do everything in your power to mitigate injury and additional costs associated with your injuries – one of the first steps to mitigating injuries is to seek proper medical treatment right away, regardless of the perceived severity of your injuries.

If you or a loved one have been in a boating accident and wants to guarantee you receive the compensation you deserve for your pain and suffering, it’s important to seek out an attorney experienced in both personal injury law and boat accident law. At TorHoerman Law, we have a network of boating accident lawyers available to help you successfully file your boating accident lawsuit. Our law firm offers free, zero-obligation case consultations for all of our potential clients, and our legal services are based on contingency fees. This means none of our clients pay until we have helped them receive compensation. Contact the legal team at TorHoerman today to learn more and for a free consultation.