With a busy life, there can little to no time to properly cook food in a traditional sense. This has given rise to the popularity of pressure cookers, devices which use pressurized steam to allow food to reach higher temperatures faster than traditional convection processes. Although pressure cookers were designed to be safe and easy to use, a number of these devices have been found to have a defect that can lead lead to excessive buildup of internal pressure that results in an explosion that puts users at risk of serious injuries such as burns, lacerations, an even electrocution. If you have been a victim of such event, you may qualify to a defective pressure cooker lawsuit.

Use our free chatbot to take a quiz and find out if you qualify for legal action instantly.

What is a Pressure Cooker?

Pressure Cookers, also commonly known as “instant pots”, are airtight cooking devices that use a sealed chamber to trap steam heat to quickly cook food. By trapping the heat from boiling water in a pot with a sealed lid, high pressure steam is produced and permits cooking temperatures to reach as high as 266° F (130° C).

With these higher temperatures, pressure cookers significantly can shorten cooking times – often between half and a quarter the time for conventional boiling. Since there is no evaporation, pressure cookers are also known to extract flavor more efficiently from foods with minimal to no loss of nutrient content.

This “high-speed” cooking method has gained interest with kitchen novices and professionals alike, given its ability to cook food quickly in today’s age of speed, efficiency, and optimization.

Pressure Cookers can suffer from defects of design. These defects can risk explosion of the device itself, potentially seriously injuring those around it.

What causes pressure cookers to explode? 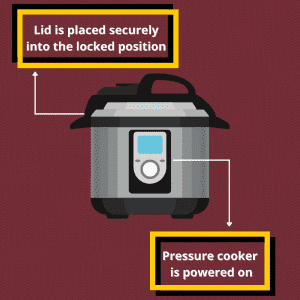 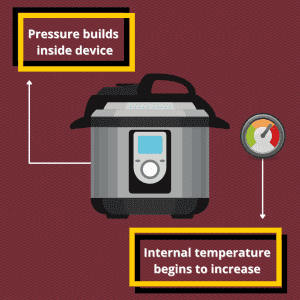 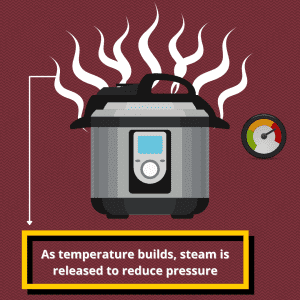 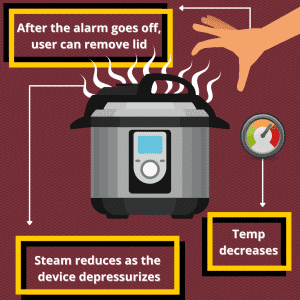 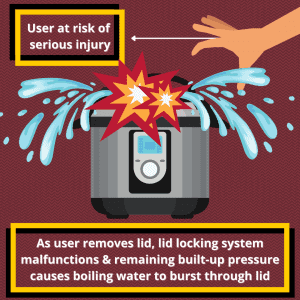 The rubber sealing rings around the top of the cooker that fail to keep the inside of the pressure cooker airtight.

Lid locking safety features that are easily overcome and allow the lid to be open even with a pressurized pressure cooker.

Defective vents and ducts meant to release steam being insufficient.

Valves that create an unstable level of pressure that can build up excess pressure inside the pressure cooker.

In electrical pressure cookers, faulty wiring can cause electrocutions and digital indication malfunction of the device.

When the device incorrectly lets the user know about the statues of the pressure cooker (i.e. opening when the user shouldn’t). 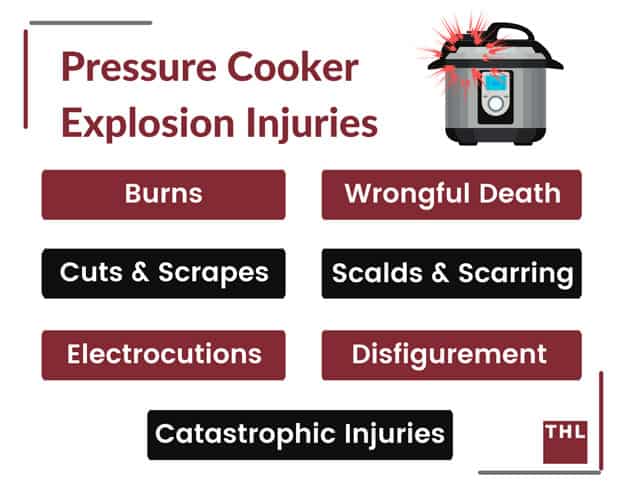 With pressure cookers often heating to 200 degrees or more, an injury resulting from a poorly designed or defective device can leave 1st, 2nd, and 3rd degree burns. If severe enough, these burns can even leave permanent scars or worse, lead to amputation.

With enough pressure, a pressure cooker could violently explode potentially throwing shrapnel in all directions, potentially hitting the face and body of anyone nearby.

As the main debris of the explosion is steam and highly heated water, contact with electrical outlets or circuits on electrical pressure cookers can cause electrocution injuries such as electrocution burns.

An explosion from a pressure cooker can severely affect those around the device, including damage to eyes and face, leaving some victims blind. Burns, electrocutions and injuries caused by the explosions can range from less serious to extremely serious catastrophic injuries.

If a catastrophic injury is severe enough, an exploding pressure cooker can be the cause of death to anyone nearby. If you are representing an individual who suffered fatal injuries due to a pressure cooker explosion, you may qualify for a wrongful death lawsuit.

Other Injuries that can result from a defective pressure cooker explosion:

Which Brands of Pressure Cookers are Defective?

The following pressure cooker brands have either been linked to injuries, known for defects, or recalled completely.

As defects are being reported by consumer, these brands are being recalled by the Consumer Protection Safety Commission.

By law, manufacturers are required to adhere to minimum safety standards to ensure product functionality and user safety. If you’ve been the victim to a pressure cooker explosion, you may be entitled to participate a defective pressure cooker lawsuit.

Do I Qualify for a Pressure Cooker Lawsuit?

Should I join class action or file an individual claim?

Class action lawsuits are, by design, a single solution to fit all. They are the best option for a lawsuit involving a large number of people who have suffered the exact same injury or financial loss. This allows for equal distribution of settlement money among injured victims. But, for those with the most severe injuries, a class action lawsuit may not offer a solution to the full spectrum of costs that they face as a result of their injury.

Individual claims are the better choice for victims that want to be properly compensated. Individual claims creates a better environment where the client is the focus and in control. With the help of TorHoerman Law attorneys, a defective pressure cooker lawsuit can yield the best result to recover damages you incurred from your accident.

In the case of a faulty pressure cooker, a manufacturing error may have created weaker lid locks or left debris in the release value of the pressure cookers made.

A defectively designed product claim is when a product is inherently unsafe to the consumer (and people around) due to an unseen (or ignored) flaw in the design of the product. The design of the product is unsafe if it fails to perform as safely as an ordinary consumer would expect when used as intended. These design defects come before anything is even made and often affects the entire line of products. With a defectively designed product, the manufacturing process is alleged to have built the product correctly according to the defective design and specification.

In the case of a defective pressure cooker, the original design for the pressure valve was flawed allowing for pressure build up, or the lid was designed to not fit properly, increasing the risk of a pressure cooker explosion.

Also referred to as “defectively marketed”, a Failure to Warn product claim involves injury to a consumer that results from failure to provide proper warnings describing potential risks and injuries that may result from use of the product. These potential risks and injuries are often not obvious to the user and sometimes requires special precautions or diligence in use of the product.

The civil litigation process requires extreme attention to detail and can be overwhelming for someone who does not possess extensive legal knowledge. A defective pressure cooker lawyer will need to be able to prove the liability of the manufacturer for any injuries that you have suffered. Additionally, you will be obligated to show proof of mitigation. Thus, meaning that you have made a concerted effort to treat your injuries. It is imperative to file your claim as soon as possible. If you wait too long, the statute of limitations may expire, and your claim will become void.

If have been a victim of a pressure cooker explosion, see your doctor as soon as possible to receive the care necessary and see if surgery or immediate care will be needed. It’s important to treat any injury related to a pressure cooker explosion as early as possible. Make sure to follow orders from medical professionals and do everything in your power to mitigate future economic impacts related to your injury.

After getting the proper medical treatment, contact a TorHoerman Law for a free, no-obligation consultation to discuss your best legal options with an experienced attorney from our firm.

Hiring a personal injury attorney is an important first step. Be sure to seek representation from an attorney who is experienced, well-resourced, and dedicated to your case.

An experienced personal injury attorney  will be able to guide you along the legal process and ensure that you receive the maximum amount of compensation for the losses that you have suffered.

TorHoerman Law has a team of experienced product liability attorneys ready to serve you. To date, our firm has won more than $4 billion in verdicts and negotiated settlements for our clients. We operate on a contingency fee basis, so we are always as dedicated as our clients to getting the best result possible for them.

Contact us today for a free, no-obligation case consultation or use our chatbot to receive a free, instant online case evaluation and find out if you qualify for the defective pressure cooker lawsuit today.