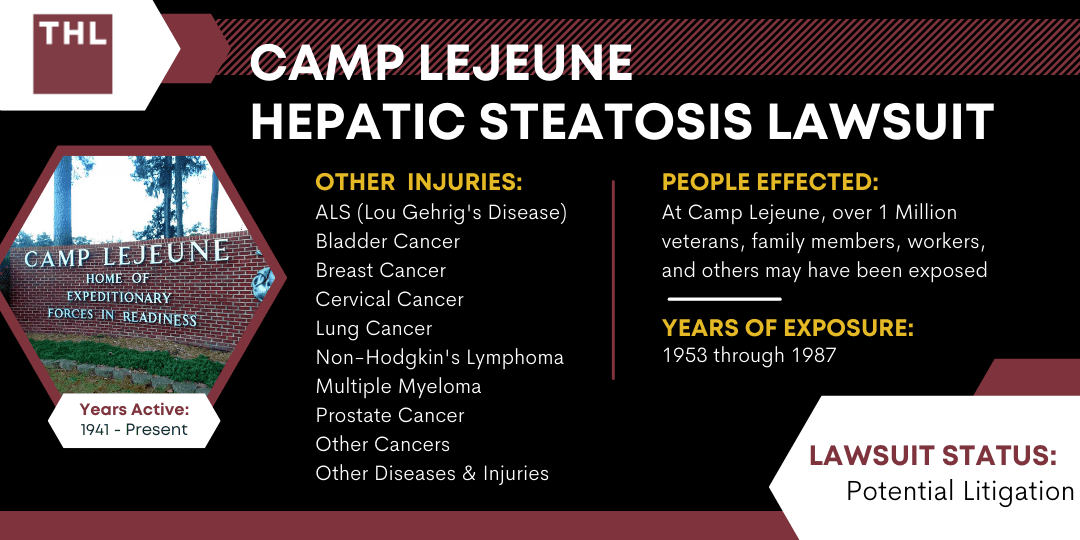 Exposure at Camp Lejeune has been linked to Hepatic Steatosis, also known as Fatty Liver Disease.

Hepatic Steatosis, while often symptomless, can lead to a number of serious health issues including liver cancer and liver failure.

If you were at Camp Lejeune between 1953 and 1987, and have been diagnosed with Hepatic Steatosis (Fatty Liver Disease), contact TorHoerman Law for a free case evaluation or use the chatbot on this page to see if you qualify to file a Camp Lejeune Water Contamination Lawsuit instantly.

There were a number of dangerous chemicals present in the water at Camp Lejeune that have been linked to disastrous health conditions.

The Honoring Our PACT Act is a new bill recently signed into law by President Biden that affords new health care benefits to veterans exposed to toxic chemicals during their military service. 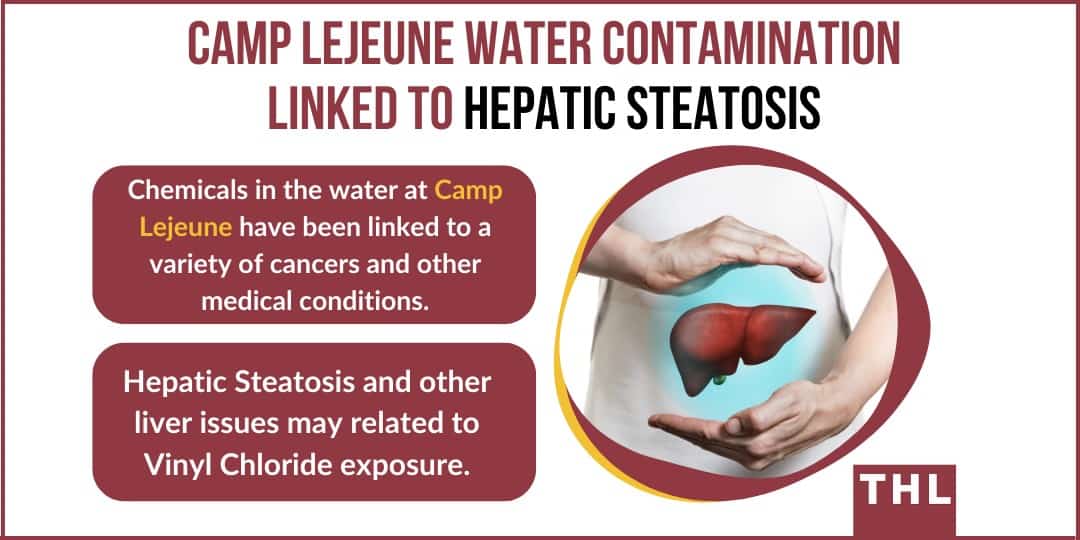 An increased risk of Hepatic Steatosis has been identified by medical professionals who’ve studied the contaminated water at Camp Lejeune as a particularly common diagnosis.

Hepatic Steatosis is a disease that causes excess fat to build up in the liver.

Hepatic Steatosis is diagnosed when 5% fat is detected in the liver.

Hepatic Steatosis can be caused by alcohol use, viral liver infection, or in the case of Camp Lejeune water contamination, exposure to certain industrial chemicals or toxic chemicals that onset the disease.

When Hepatic Steatosis is linked to non-alcohol factors, it is referred to as Non-Alcoholic Fatty Liver Disease (NAFLD).

Scientific studies have been conducted on the rise of NAFLD, and researchers have indicated that environmental risk factors, such as water contamination, may be to blame for the rise in diagnoses.

The water contamination at Camp Lejeune is no exception.

Previous research has found that workers exposed to vinyl chloride, a main contaminant at the Marine Corps Base, has resulted in liver damage.

This particular study noted that liver issues and diseases such as nonalcoholic steatohepatitis (NASH) were common in workers exposed to vinyl chloride even if obesity and other underlying health factors weren’t present.

Research on the relation of vinyl chloride exposure and liver damage include:

Hepatic Steatosis often does not trigger any symptoms, and people suffering from the condition are pain-free.

There are serious complications associated with Hepatic Steatosis, especially if treatment isn’t undertaken as soon as the warning signs appear:

Hepatic Steatosis complications are more common in overweight or obese patients, people who have high blood pressure, and those who have diabetes.

If a person has Non-Alcoholic Fatty Liver Disease (NAFLD), and has signs of inflammation and liver cell damage, they are also usually diagnosed with non-alcoholic steatohepatitis (NASH).

According to Johns Hopkins University, around 15-20% of people in the United States have NAFLD, and about 2-5% have NASH.

If you’ve been diagnosed with Hepatic Steatosis, you should do your best to avoid alcohol, treat diabetes (if you have it), limit use of over-the-counter painkiller drugs like acetaminophen, and take medication to treat high cholesterol and blood pressure. 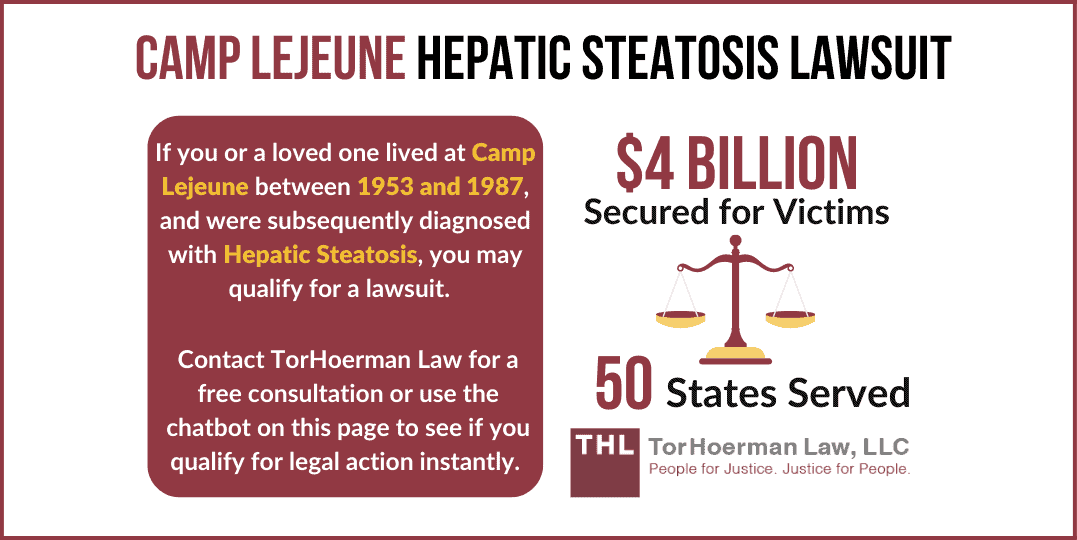