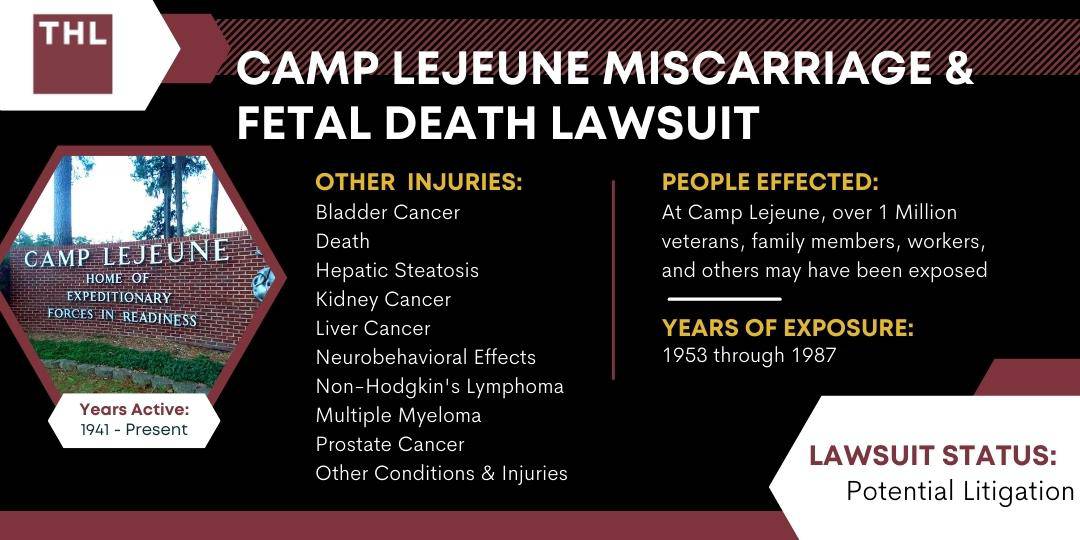 Exposure to toxic water at Camp Lejeune has been linked to Miscarriage and Fetal Death.

If you’re considering filing a Camp Lejeune Miscarriage and Fetal Death Lawsuit, you likely have some questions.

Below, our attorneys look at the studies conducted on the water contamination at Camp Lejeune, and evidence linking these substances to miscarriage, fetal death and other conditions.

If you were at Camp Lejeune between 1953 and 1987, and subsequently experienced a miscarriage and/or fetal death, contact TorHoerman Law for a free case evaluation or use the chatbot on this page to see if you qualify to file a Camp Lejeune Miscarriage Lawsuit and/or Camp Lejeune Fetal Death Lawsuit instantly.

There were a number of dangerous chemicals present in the water at Camp Lejeune that have been linked to disastrous health conditions.

Both the Agency for Toxic Substances and Disease Registry (ATSDR) and the Environmental Protection Agency (EPA) have identified contaminants at Camp Lejeune.

The Honoring Our PACT Act is a new bill recently signed into law by President Biden that affords new health care benefits to veterans exposed to toxic chemicals during their military service.

Miscarriage and Fetal Death has been identified by professionals who’ve studied the contaminated water and medical records of those stationed at Camp Lejeune as a painfully common occurrence. 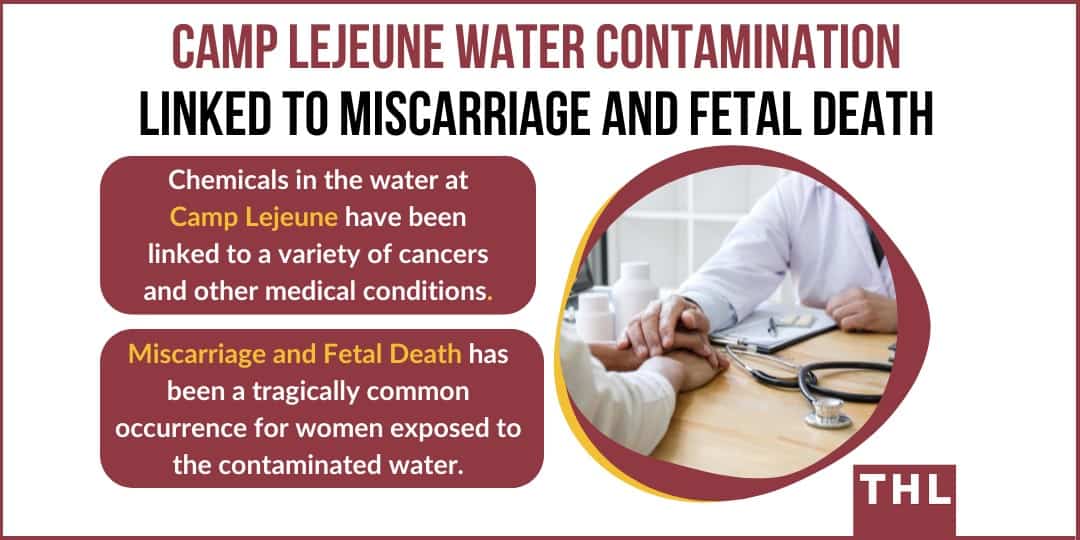 About Miscarriage and Fetal Death

Miscarriage is defined as the loss of pregnancy less than 20 weeks gestation, and it’s estimated that as many as 26% of all pregnancies end in miscarriage.

Fetal death, also known as stillbirth, is defined as the death of a fetus that is at least 20 weeks gestation but dies before it is born.

Fetal deaths effect about 1% of pregnant women in the United States.

Miscarriage, fetal death, female infertility, birth defects, and other infant-related health conditions have been scientifically linked to water contamination more generally, and were also found to be common in people who drank Camp Lejeune’s toxic water.

Research has shown that exposure to tetrachloroethylene (PCE or PERC), one of the main contaminants in the water at Camp Lejeune, has been linked to miscarriage and pregnancy loss.

PCE exposure has also been found to drastically increase the risk of fetal death.

The Agency for Toxic Substances and Disease Registry (ATSDR) has found that pregnant women who lived at Camp Lejeune were at a higher risk for miscarriage and fetal death.

The ATSDR also reported that children born at Camp Lejeune suffered from higher rates of birth defects and childhood cancers.

Research on the relation of toxic water exposure and miscarriage or fetal death include:

The consumption of Camp Lejeune contaminated water has been linked to a number of cancer and non-cancer diagnoses.

Other injuries related to Camp Lejeune Water Contamination include, but are not limited to:

Camp Lejeune water contamination was a glaring issue at the North Carolina Marine Corps base for decades.

These contaminants originated both from military personnel disposing of chemicals in unethical ways, as well as from an off-base dry cleaner.

The water treatment plants at which contamination was most prevalent include the Tarawa Terrace Treatment Plant and the Hadnot Point Treatment Plant.

This bill is encompassed by the Honoring Our Promise to Address Comprehensive Toxics (PACT) Act, which grants new health care and Veterans Affairs (VA) disability benefits to veterans exposed to toxic substances during their military service.

The Camp Lejeune Justice Act affords Camp Lejeune residents the ability to sue and recover damages in the form of financial compensation for exposure to the toxic substances in the water supply, one of the first times the federal government has allowed legal action of this sort.

With the Senate passage of the PACT Act, and the signing of the bill into law by President Biden, Camp Lejeune Water Contamination Lawsuits are able to be filed by any person exposed to contaminated water at Camp Lejeune between 1953 and 1987. 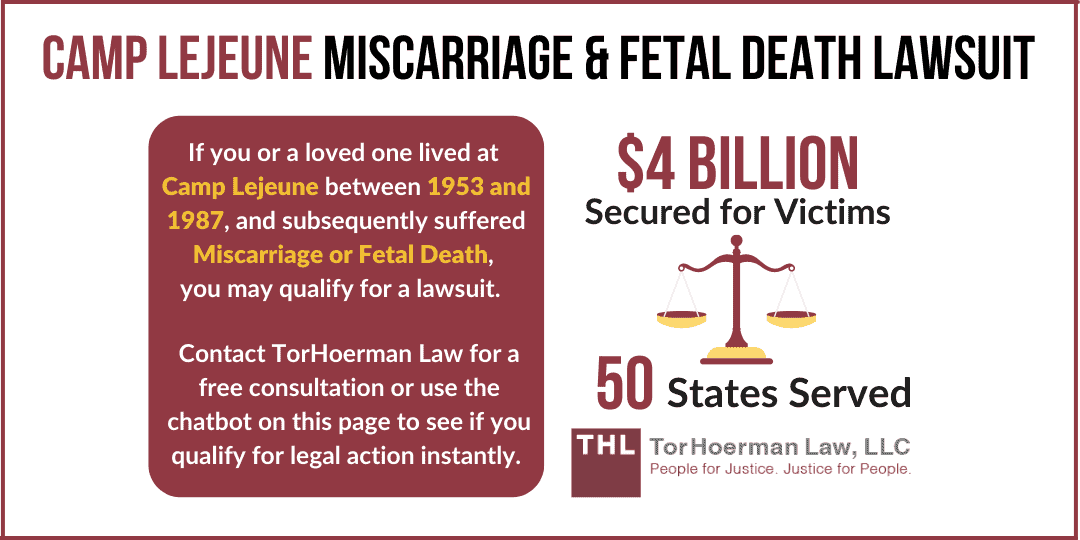 Any confidential or sensitive information you provide us, such as medical records or authorizations, will be kept safe and secure.