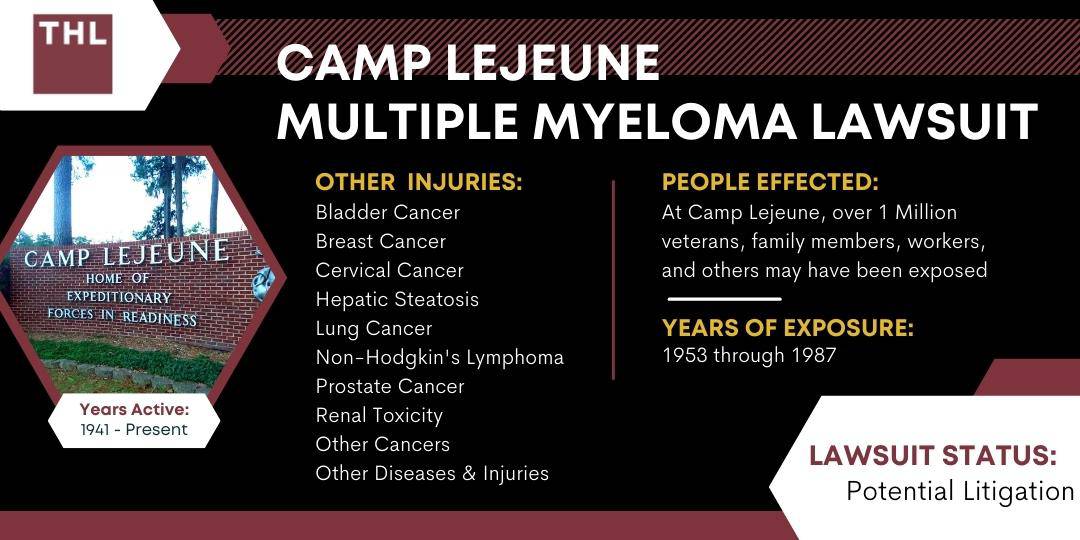 Exposure at Camp Lejeune has been linked to Multiple Myeloma. Multiple Myeloma can greatly impact a person’s life, potentially resulting in other serious health conditions or death.

If you’re considering filing a Camp Lejeune Multiple Myeloma Lawsuit, you likely have some questions. Below, our attorneys look at the studies conducted on the water contamination at Camp Lejeune, and evidence linking these substances to Multiple Myeloma and other conditions.

If you or a family member were at Camp Lejeune between 1953 and 1987, and have developed Multiple Myeloma, contact TorHoerman Law for a free consultation or use the chatbot on this page to see if you qualify to file a Multiple Myeloma Claim and a Camp Lejeune Water Contamination Lawsuit instantly.

An increased risk of Multiple Myeloma has been identified by professionals who've studied the contaminated water at Camp Lejeune and veteran medical records as a particularly common diagnosis. 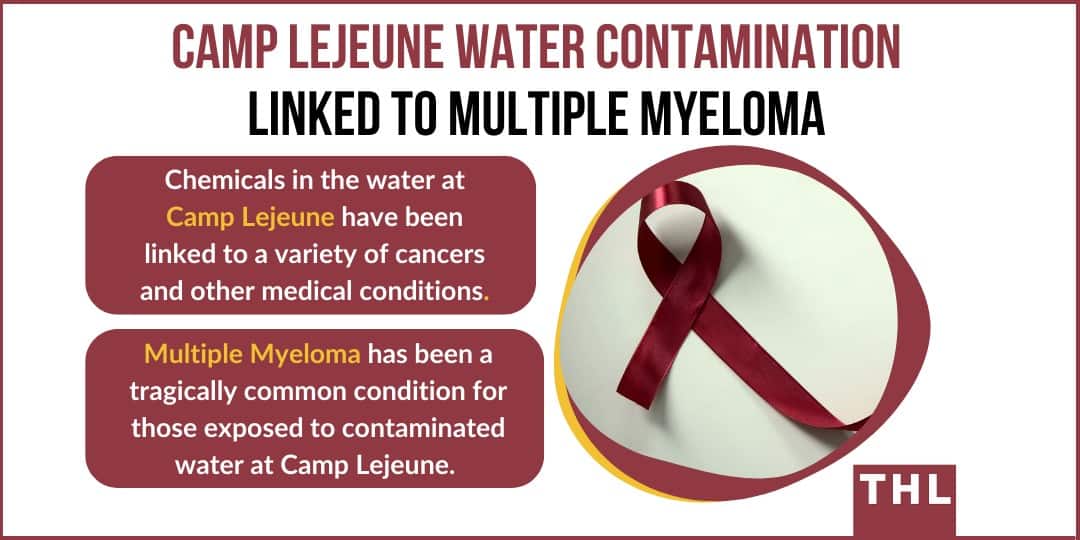 Multiple Myeloma is a cancer of plasma cells, a type of white blood cell, causing them to grow at abnormally high rates and leading to a number of complications.

Plasma cells originate in the bone marrow, and when growing at uncontrollable rates with Multiple Myeloma, they crowd out healthy blood cells and produce abnormal proteins that can cause dangerous health problems.

Multiple Myeloma and its causes

Multiple Myeloma diagnosis can be linked to a number of different factors, both environmental factors and non-environmental, genetic factors.

Risk Factors for Multiple Myeloma include, but are not limited to:

In terms of chemical exposure as it relates to Multiple Myeloma, the water contamination at Camp Lejeune is no exception.

The Agency for Toxic Substances and Disease Registry (ATSDR) notes that exposure to trichloroethylene (TCE) and benzene have been associated with Multiple Myeloma diagnoses.

Research and public health studies on the relation between TCE and Benzene exposure and Multiple Myeloma include:

Multiple Myeloma is a serious health condition. Symptoms, complication, and subsequent treatment options may vary from person to person.

The symptoms of Multiple Myeloma include the following:

There can be serious complications associated with Multiple Myeloma:

Now, people who were denied disability benefits or compensation in the past may have a fair shot at adequate compensation.

If you, a family member or a loved one was exposed to toxic water at Camp Lejeune between these dates, and developed Multiple Myeloma, you may qualify to file a Camp Lejeune Lawsuit. 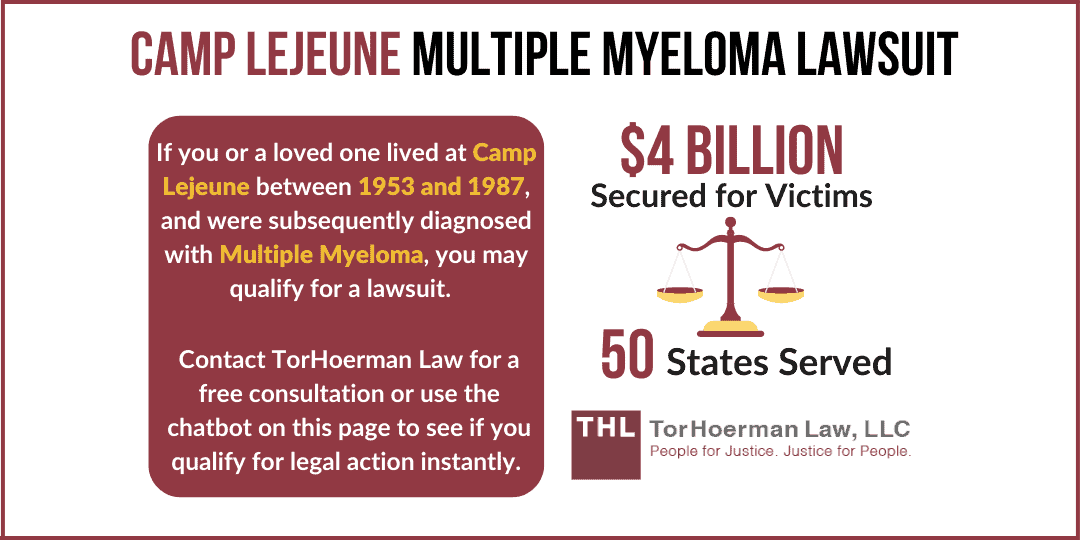 Contact us for a free consultation or use the chatbot on this page to see if you qualify for legal action instantly. We promise to keep your confidential or sensitive information secure.