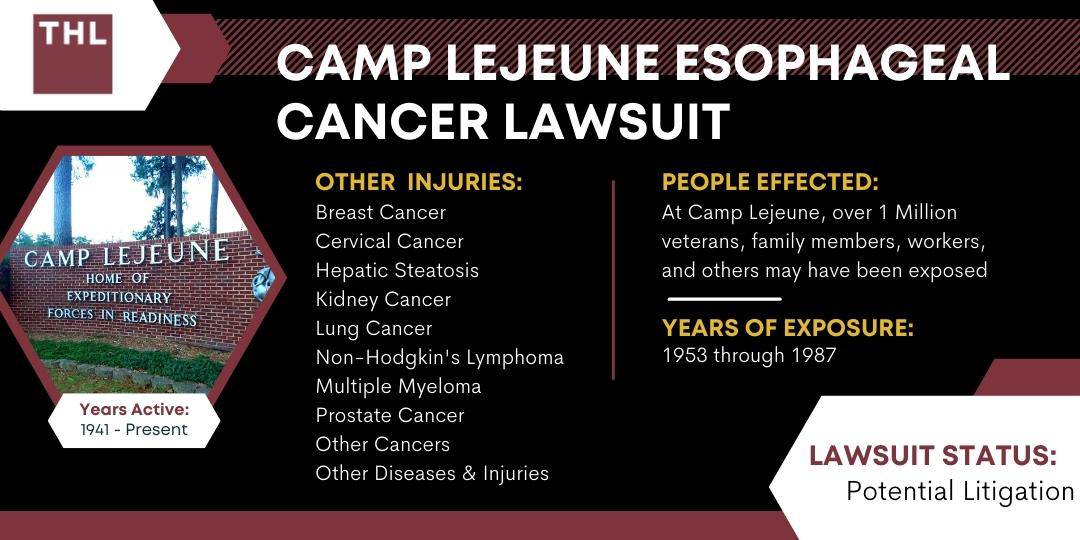 Exposure at Camp Lejeune has been linked to esophageal cancer.

If you or a family member were at Camp Lejeune between 1953 and 1987, and have been diagnosed with Esophageal Cancer, contact TorHoerman Law for a free consultation or use the chatbot on this page for a free case evaluation to see if you qualify to file a Camp Lejeune Contamination Lawsuit instantly.

An increased risk of Esophageal Cancer has been identified by professionals who've studied the contaminated water at Camp Lejeune and veteran medical records as a particularly common diagnosis. 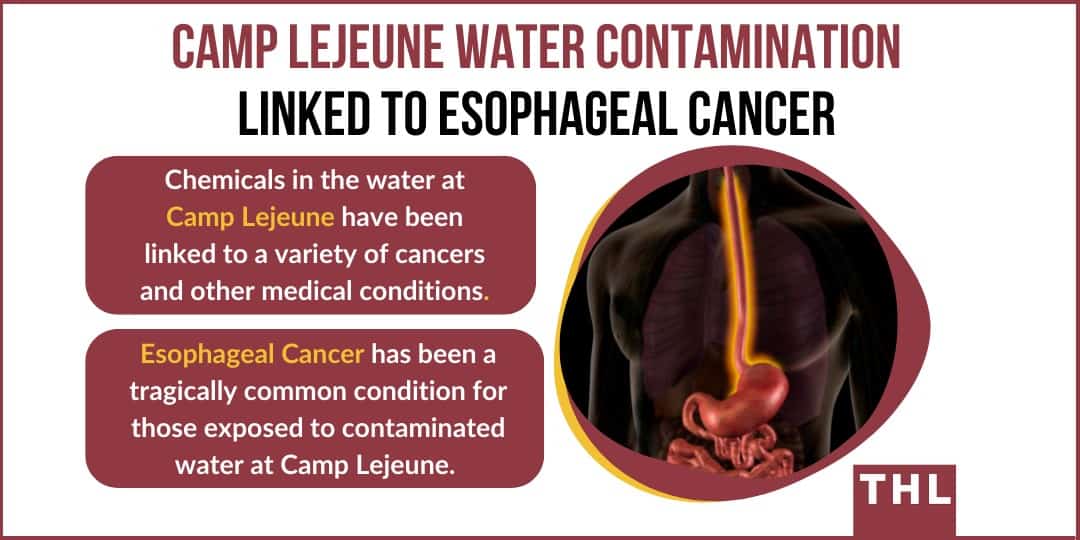 Esophageal Cancer is a type of cancer that originates in the esophagus, a hollow tube reaches from the throat to the stomach.

Esophageal cancer can be onset in a number of ways, including genetic or environmental risk factors.

In the case of Camp Lejeune water contamination, exposure to certain industrial chemicals or toxic chemicals has been found to lead to esophageal cancer.

Esophageal Cancer and its Causes

Esophageal cancer diagnosis can be linked to a number of different factors, both environmental factors and non-environmental, genetic factors.

Environmental Esophageal Cancer risk factors include, but are not limited to:

In terms of toxic exposure to contaminants and VOCs, the water contamination at Camp Lejeune is no exception.

In commentary on the Camp Lejeune water contamination, medical professionals have postulated that exposure to tetrachloroethylene (PCE or PERC) and trichloroethylene (TCE), main contaminants at the Marine Corps Base, have resulted in bladder cancer diagnoses.

Research on the relation of PCE and TCE exposure and Esophageal Cancer include:

Esophageal cancer symptoms may be difficult to identify.

The sooner a person seeks medical attention for their potential symptoms, the quicker treatment can be undertaken.

The symptoms of esophageal cancer include the following:

There are serious complications associated with esophageal cancer, especially if treatment isn't undertaken as soon as the warning signs appear:

Treatment and surgery for Esophageal Cancer can also result in devastating complications:

Regulatory bodies such as the National Research Council, Agency for Toxic Substances and Disease Registry, and others have conducted numerous studies on the Camp Lejeune water contamination disaster, compiling scientific evidence that links the toxic water at the North Carolina military base to numerous health conditions.

In the past, several bills, such as the Camp Lejeune Families Act and the Janey Ensminger Act, were introduced to address the issue at the North Carolina military base but none have had any widespread impact for victims and families.

If you, a family member or a loved one was exposed to toxic water at Camp Lejeune between these dates, and have subsequently diagnosed with esophageal cancer, you may qualify to file a Camp Lejeune Lawsuit. 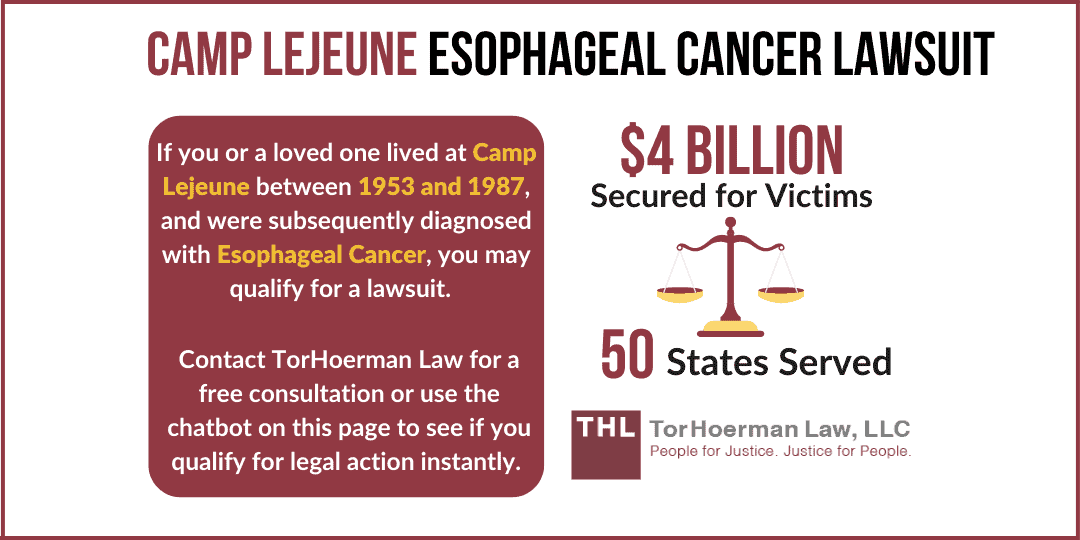 We thank the brave veterans and active duty military service members for their sacrifices. Now let us serve you. Our law firm is dedicated to achieving justice for service members and their families.