Military members, family members and civilian workers exposed to the dangerous chemicals in Camp Lejeune’s water supply have been diagnosed with often fatal medical conditions including several types of cancer and other diseases. 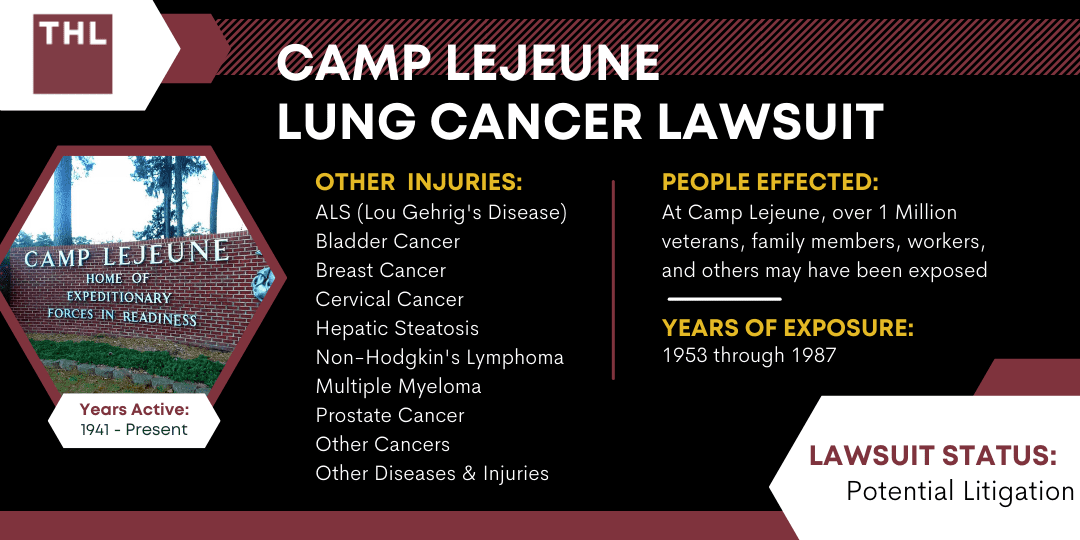 Contact us for a free consultation or use the chatbot on this page for a free case evaluation to see if you qualify for a Camp Lejeune Lawsuit instantly.

If you’re considering filing a Camp Lejeune Lung Cancer Lawsuit, you likely have some questions. Below, our attorneys look at the studies conducted on the water contamination at Camp Lejeune, and evidence linking these substances to Lung Cancer and other conditions.

There were a number of dangerous chemicals and volatile organic compounds (VOCs) present in the contaminated water at Camp Lejeune. 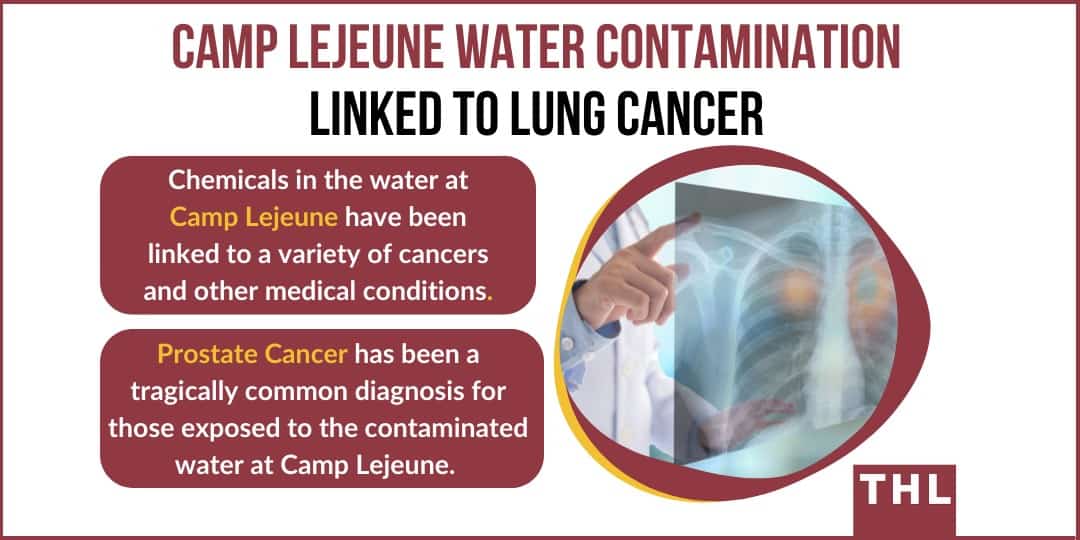 An increased risk of lung cancer has been identified by medical professionals who've studied the contaminated water at Camp Lejeune as a particularly common diagnosis.

The Agency for Toxic Substances and Disease Registry (ATSDR) conducted many scientific studies on the Camp Lejeune water supply, and found that residents with long-term exposure suffered from higher rates of lung cancer, prostate cancer, kidney cancer, liver cancer, rectal cancer, and many other deadly forms of cancer.

Lung Cancer is one of the most deadly forms of the disease.

Non-small cell lung cancer (NSCLC) is the most common type of lung cancer, covering around 85% of diagnoses.

There are two (2) types of small cell lung cancer:

All types of lung cancer have the ability to spread to other parts of the body.

Symptoms of lung cancer include, but are not limited to:

There are serious complications associated with lung cancer, especially if treatment isn't undertaken as soon as the warning signs appear:

If you are experiencing symptoms of lung cancer, seek medical attention immediately.

This disease is extremely serious and if treatment isn't sought as soon as possible, chances at full recovery are slim.

This new law is encompassed by the Honoring Our Promise to Address Comprehensive Toxics (PACT) Act, which grants new healthcare and Veterans Affairs (VA) disability benefits to veterans exposed to toxic substances during their military service.

With the signing of the bill into law by President Biden, Camp Lejeune Water Contamination Lawsuits are able to be filed by any person exposed to contaminated water at the Marine Corps base between 1953 and 1987.

Camp Lejeune Victims: contact us or use the chatbot on this page to see if you qualify for legal action instantly.