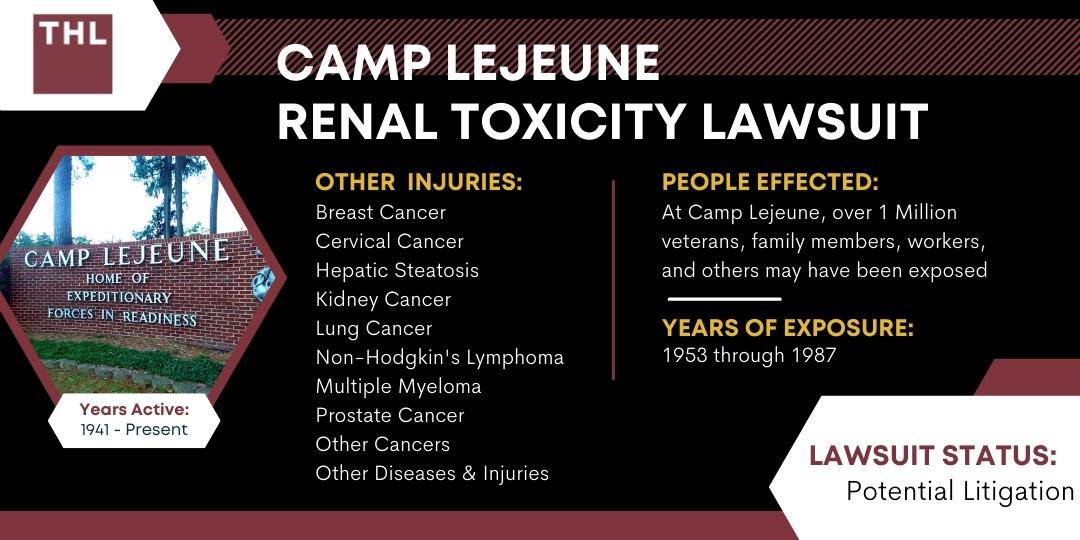 Exposure at Camp Lejeune has been linked to Renal Toxicity, chronic kidney disease, and other kidney-related illnesses.

If you’re considering filing a Camp Lejeune Renal Toxicity Lawsuit, you likely have some questions. Below, our attorneys look at the studies conducted on the water contamination at Camp Lejeune, and evidence linking these substances to Renal Toxicity and other conditions.

If you or a family member were at Camp Lejeune between 1953 and 1987, and have developed Renal Toxicity or other adverse health outcomes related to kidney function, contact TorHoerman Law for a free case evaluation or use the chatbot on this page to see if you qualify to file a Camp Lejeune lawsuit instantly.

An increased risk of Renal Toxicity has been identified by professionals who’ve studied the contaminated water at Camp Lejeune and veteran medical records as a particularly common diagnosis. 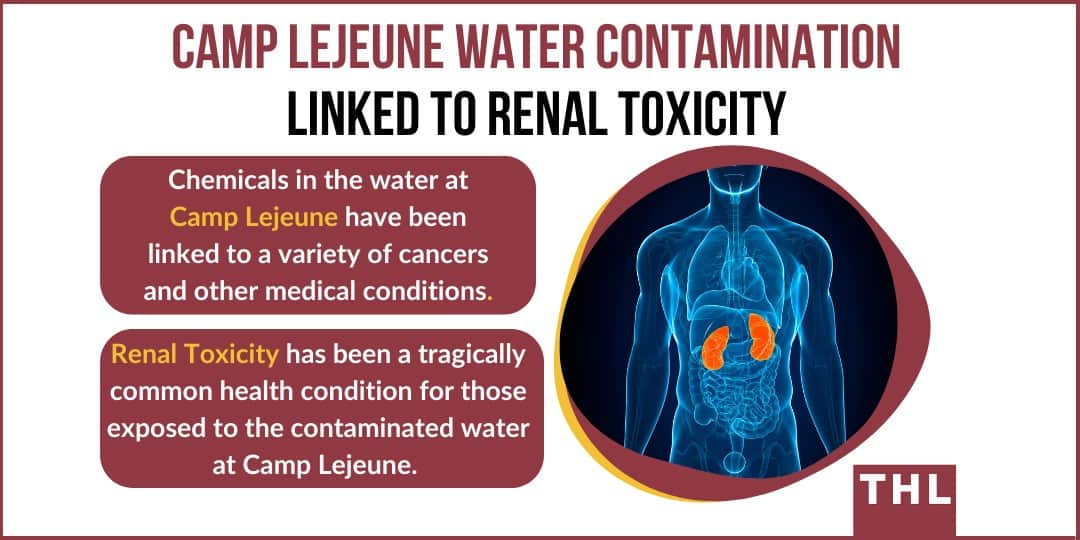 Renal Toxicity, also known as Nephrotoxicity, is defined as renal diseases or dysfunction caused by drugs, chemicals, industrial toxins, or other environmental toxic chemicals. For reference, “Renal” is an adjective used to talk about the kidneys.

Scientific evidence and medical assessments of the drinking water at Camp Lejeune and the related medical conditions exhibited by those who consumed it have identified Renal Toxicity as a common diagnosis.

The National Research Council (NRC) Committee on Contaminated Drinking Water at Camp Lejeune have been reviewing the science behind renal toxicity and its relation to the contaminants at Camp Lejeune since the early 2000s.

Renal Toxicity Diagnosis and its Causes

Renal Toxicity diagnosis can be linked to a number of causes, typically from exposure to toxic chemicals and other contaminants.

There are a number of different types of renal toxicity or nephrotoxicity related to chemical exposure and contamination.

Causes of Renal Toxicity include, but are not limited to:

Medical professionals from the Agency for Toxic Substances and Disease Registry (ATSDR) have said that exposure to toxic chemical solvents such as tetrachloroethylene (PCE or PERC) and trichloroethylene (TCE) are linked to renal toxicity cases.

Research on the relation between PCE and TCE exposure and Renal Toxicity or Kidney Damage include:

Renal Toxicity, acute renal injury, and kidney disease can result in a number of tragic health conditions and hamper a person’s quality of life greatly and impact kidney function generally for the remainder of a person’s life.

The symptoms of acute kidney failure, resulting from renal toxicity or other kidney conditions, include the following:

There are serious complications associated with renal toxicity and other kidney issues, especially if treatment isn’t undertaken as soon as the warning signs appear.

If you, a family member or a loved one was exposed to toxic water at Camp Lejeune between these dates, and developed bladder cancer, you may qualify to file a Camp Lejeune Lawsuit. 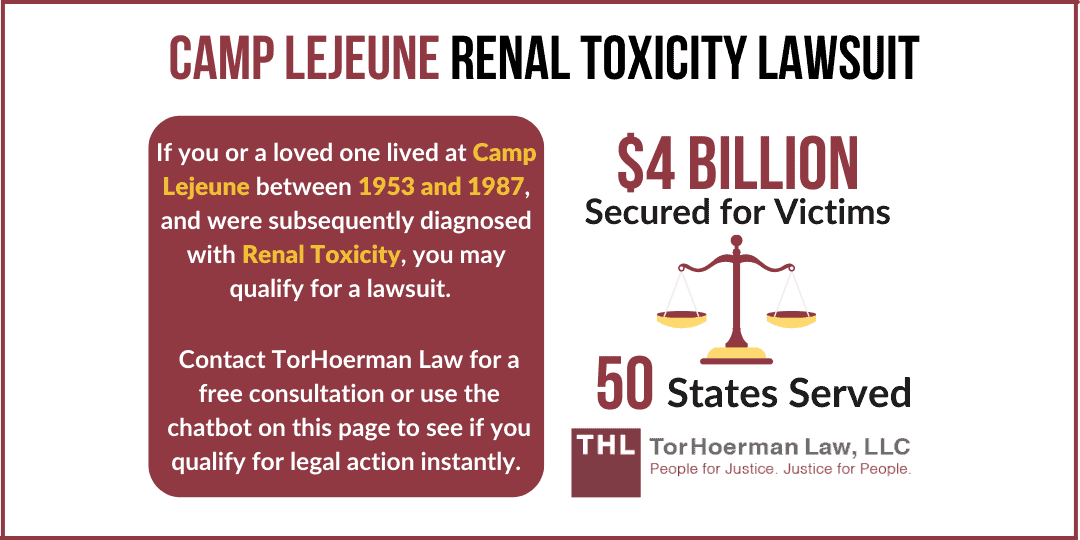 We thank the brave veterans for their service to our country. Now let us serve you. Our law firm is dedicated to achieving justice for service members and their families.