In the early 1980s, Camp Lejeune in North Carolina became the site of a massive water contamination crisis.

The water, which was used to serve the base’s residents and personnel for decades, was found to be laced with toxic chemicals that caused serious health problems for those exposed to it.

Now, after years of legal battles, the victims of the Camp Lejeune water contamination accident are finally getting some justice. 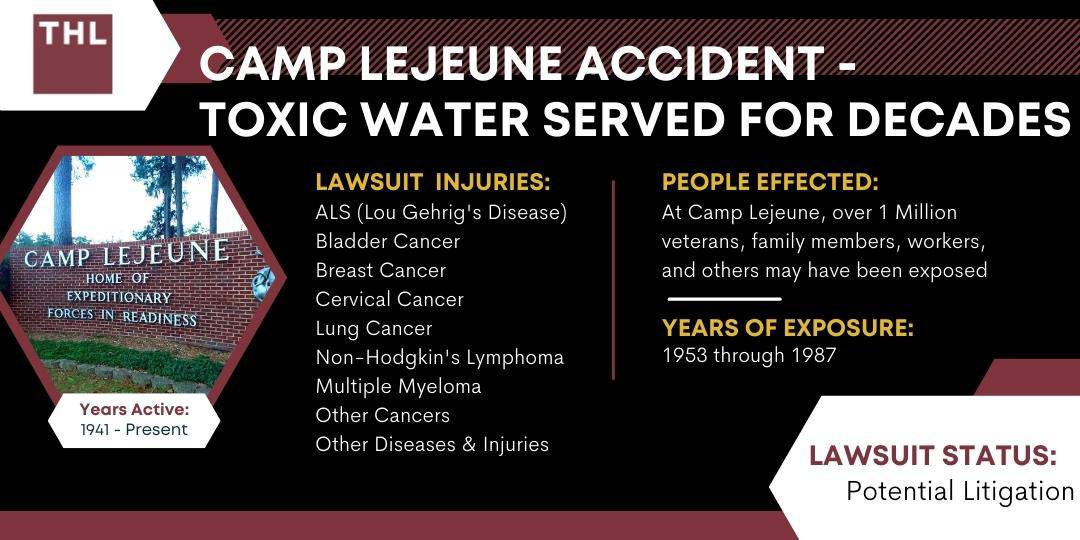 The toxic water at Camp Lejeune was first discovered in the 1980s when a private well used by the base’s residents was found to be contaminated with trichloroethylene (TCE), a chemical used in dry cleaning and metal degreasing.

The well was immediately shut down, but it was too late for the people who had been using it.

Over the next few years, more and more evidence emerged that the water at Camp Lejeune was contaminated with a variety of toxic chemicals, including TCE, benzene, and vinyl chloride.

These chemicals are known to cause serious health problems, including cancer, birth defects, and liver damage.

The victims of the Camp Lejeune water contamination accident finally began to get some justice in 2012, when the U.S. government reached a $2.2 billion settlement with the companies responsible for the pollution.

The settlement will provide compensation to those who were exposed to the toxic water and will fund medical treatment for those who have been affected by the contamination.

What Are The Presumptive Conditions Linked to Camp Lejeune Water Contamination Accident? 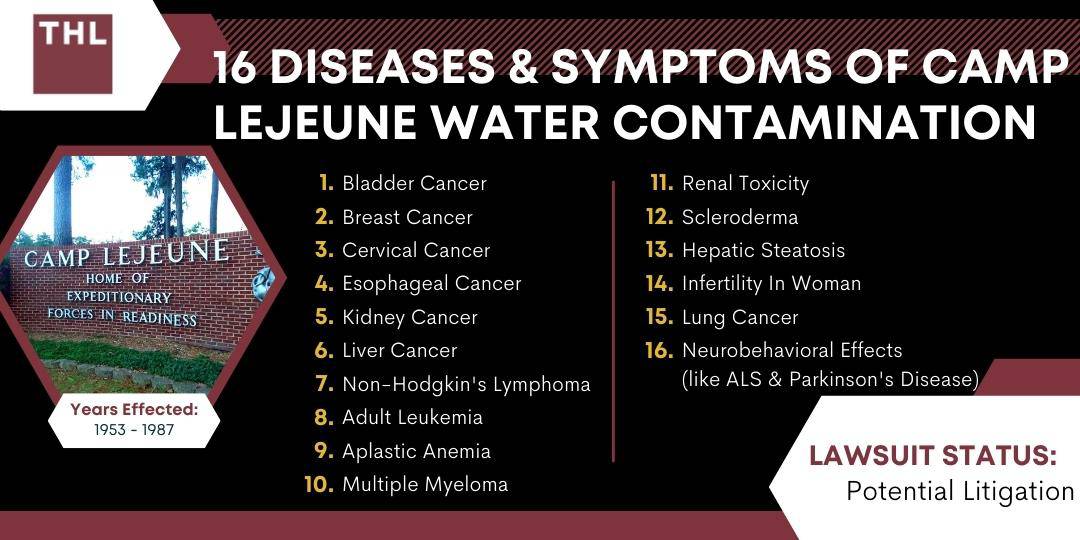 VA presumes that these ailments are linked to veterans’ contact with tainted drinking water at Camp Lejeune, so there is no need for a medical nexus. The presumptions are important because they make it easier for veterans to get disability benefits for these conditions.

If you served at Camp Lejeune for at least 30 days during the time period of interest, and you now have one of the presumptively service-connected conditions listed above, you may be eligible for disability compensation and other VA benefits.

Camp Lejeune Accident - What Are The Eligible Conditions for Healthcare Benefits?

The following (15) conditions have been determined to be associated with exposure to the contaminated water at Camp Lejeune:

The Agency for Toxic Substances and Disease Registry (ATSDR) has determined that these conditions are associated with exposure to the contaminated water at Camp Lejeune.

It is important to note that these determinations are based on scientific evidence and not all of these conditions have been recognized by VA as presumptively service-connected.

On Friday, the US Defense Department announced the names of two Marines killed this week when their military tactical vehicle flipped over near Camp Lejeune in North Carolina.

The Department of Defense said that seventeen other service members were injured in the crash and that the Marine who was driving the vehicle is facing charges.

According to the North Carolina Highway Patrol, a collision occurred at 1 p.m. on Wednesday when US 17 and Highway 210 in Jacksonville came together.

The driver was trying to make a right turn at the intersection when the vehicle overturned into a median, throwing 17 passengers out of the vehicle, the highway patrol said.

People who lived at United States Marine Corps Base Camp Lejeune in North Carolina between August 1, 1953, and December 31, 1987, may have been exposed to contaminated drinking water. This water was not safe to drink and contact with it may have increased the risk of developing cancer and other diseases.

The United States government has recognized the link between exposure to the contaminated water at Camp Lejeune and certain health conditions.

The Department of Veterans Affairs (VA) and the Department of Defense (DoD) has also taken steps to provide health care and compensation to veterans and family members who may have been exposed to the contaminated water at Camp Lejeune.

If you lived or worked at Camp Lejeune for 30 days or more between August 1, 1953, and December 31, 1987, you may be eligible for health care benefits through the VA. You do not need to have been diagnosed with a disease to be eligible for these benefits.

To date, the VA has identified more than 250,000 Veterans who served at Camp Lejeune during the relevant time period and who may be eligible for these benefits. The VA is still working to identify and notify all eligible Veterans.

Tips for Your VA Claim Based on Exposure

If you are filing a claim for disability compensation based on exposure to the contaminated water at Camp Lejeune, you should include in your claim:

If you have any questions about filing a claim for disability compensation, you can contact the professional staff at your nearest VA regional office. You can also visit the Camp Lejeune page on the Veterans Benefits Administration website for more information. 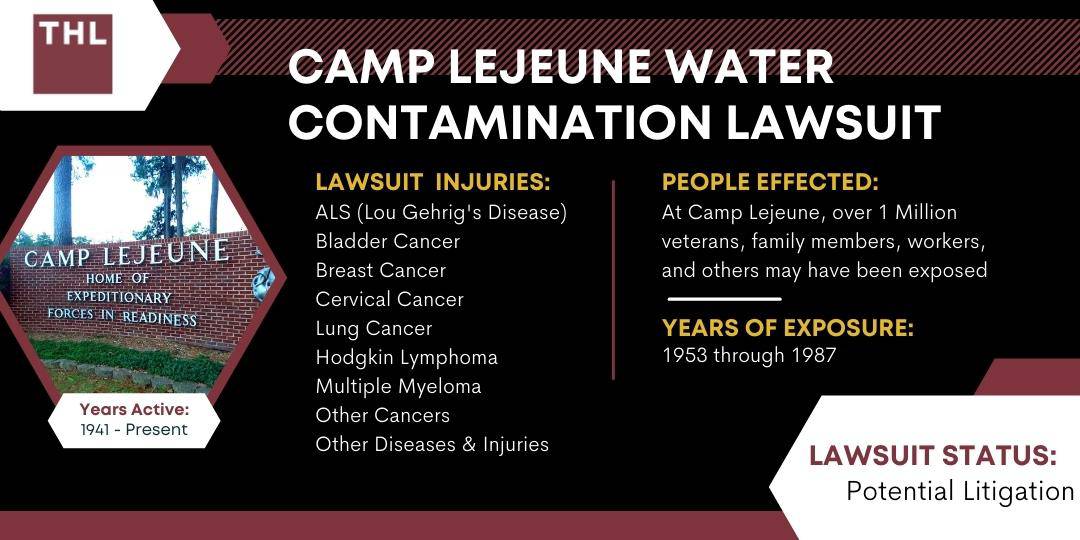 If you need help filing a claim for disability compensation, you can contact a Veterans Service Organization (VSO) or an accredited attorney or agent.

Our law firm is one of the top law firms handling the Camp Lejeune toxic water accident in the United States and can help you with your claim.

Our team of experienced professionals knows the ins and outs of the Veterans Affairs (VA) system and can help get your claim processed quickly and efficiently.

Give us a call today to set up a free consultation or simply use our web chat to consult with one of our agents!