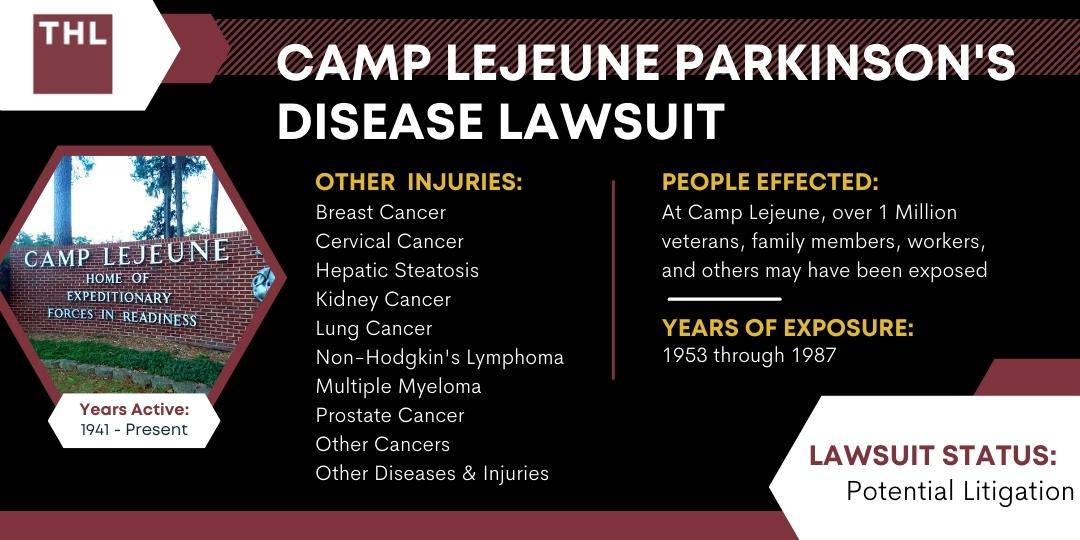 Exposure to contaminated water at Camp Lejeune has been linked to Parkinson’s Disease.

If you or a family member were at Camp Lejeune between 1953 and 1987, and have developed Parkinson’s Disease, contact TorHoerman Law for a free case evaluation or use the chatbot on this page to see if you qualify to file a Camp Lejeune lawsuit instantly.

An increased risk of Parkinson’s Disease has been identified by professionals who’ve studied the contaminated water at Camp Lejeune and veteran medical records as a particularly common diagnosis. 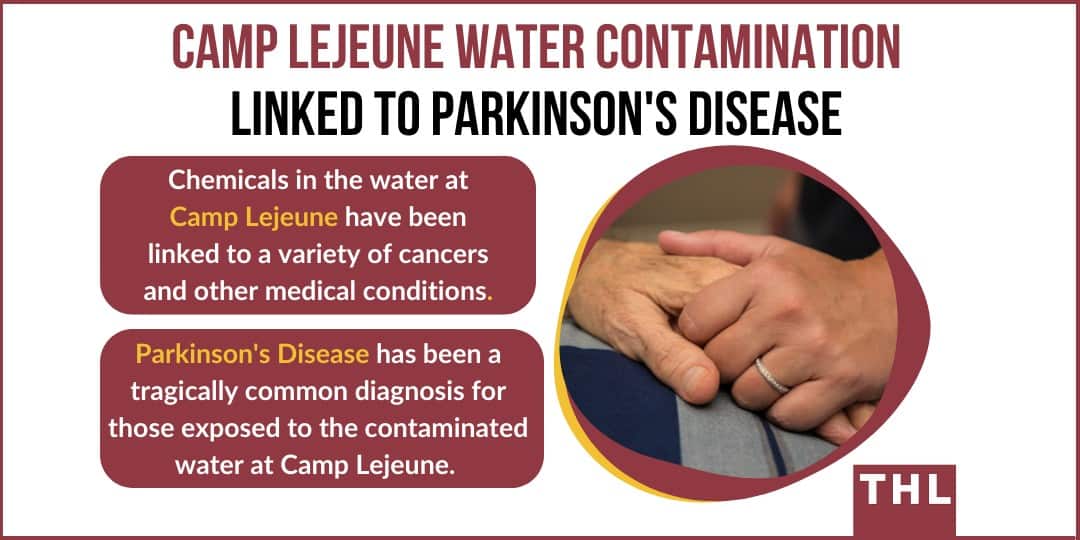 Parkinson’s Disease is a brain disorder that causes uncontrollable movements, shaking, stiffness, and trouble with balance and coordination.

Parkinson’s Disease progresses over time, beginning with minor tics and difficulties, but later progressing to a point where those afflicted with the disorder have trouble walking, talking and sleeping, and undergo other mental challenges such as behavioral changes, depression, fatigue, memory lapses, and more.

Parkinson’s Disease can be linked to a number of different factors, both environmental factors and non-environmental, genetic factors.

Environmental risk factors for Parkinson’s Disease include, but are not limited to:

Trichloroethylene (TCE) is used in a number of household products such as carpet cleaners, shoe polishing chemicals, paint thinners, and more. Occupational exposure to TCE can result in a number of health conditions, as validated by scientific evidence listed below.

TCE has been widely used by dry cleaners, and ABC Cleaners situated nearby the military base was a main source of TCE contamination at Camp Lejeune.

Research and publications on the relation between TCE exposure and Parkinson’s Disease include the following:

The symptoms of Parkinson’s Disease vary, with some being relatively minor and others extremely harmful and difficult to cope with on a daily basis:

There is no cure for Parkinson’s Disease, but there are certain medications, therapeutic methods, and surgical intervention to relieve the symptoms for patients.

Medications, such as Levodopa and Carbidopa, work to increase levels of dopamine.

Other medications are also used, such as enzyme inhibitors used to increase dopamine levels by slowing down enzymes that break down dopamine in the brain, Amantadine to help reduce involuntary movement, and Anticholinergic drugs used to reduce muscle stiffness and tremors.

Some patients do not respond well to certain medications. Other methods can be used when this is the case, including deep brain stimulation, physical therapy, diet adjustments, exercises, massage therapy and more.

Exposure to harmful chemicals present in Camp Lejeune’s water have resulted in tragic health conditions for thousands of people.

The Department of Veterans Affairs (VA) released a list of health conditions that have a “presumptive service connection”- meaning, they will compensate claimants with these health conditions almost automatically due to the strong scientific and medical evidence related to the listed conditions.

Families affected by Camp Lejeune water contamination can finally get the compensation and justice they rightfully deserve. 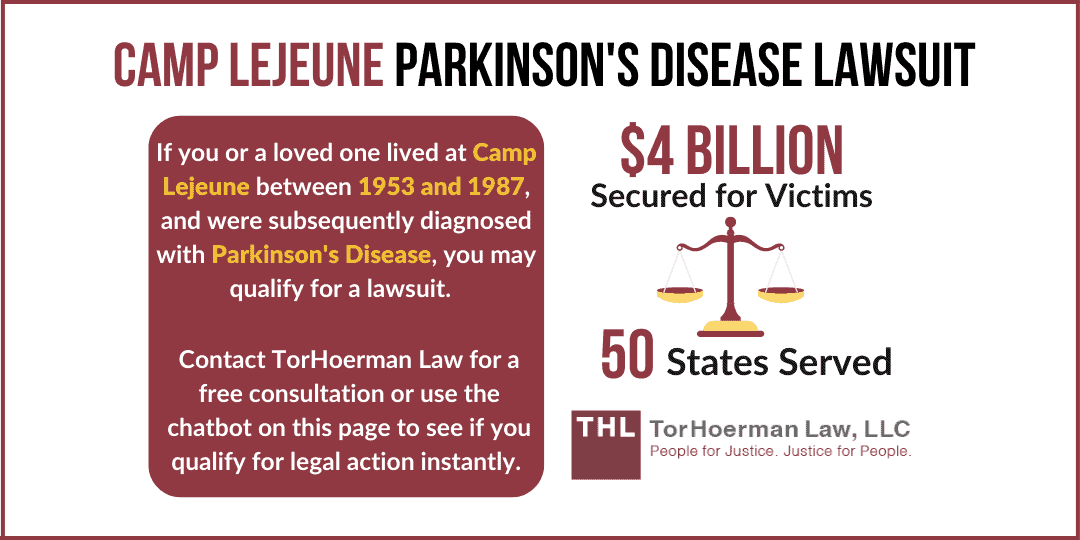 If you, a family member or a loved one was exposed to toxic water at Camp Lejeune between these dates, and developed Parkinson’s Disease, you may qualify to file a Camp Lejeune Lawsuit.

Do not hesitate to reach out to our firm if you believe you may have a potential Parkinson’s Disease claim.

We thank the brave veterans for their service to our country. Now let us serve you. Our law firm is dedicated to achieving justice for service members and their families.