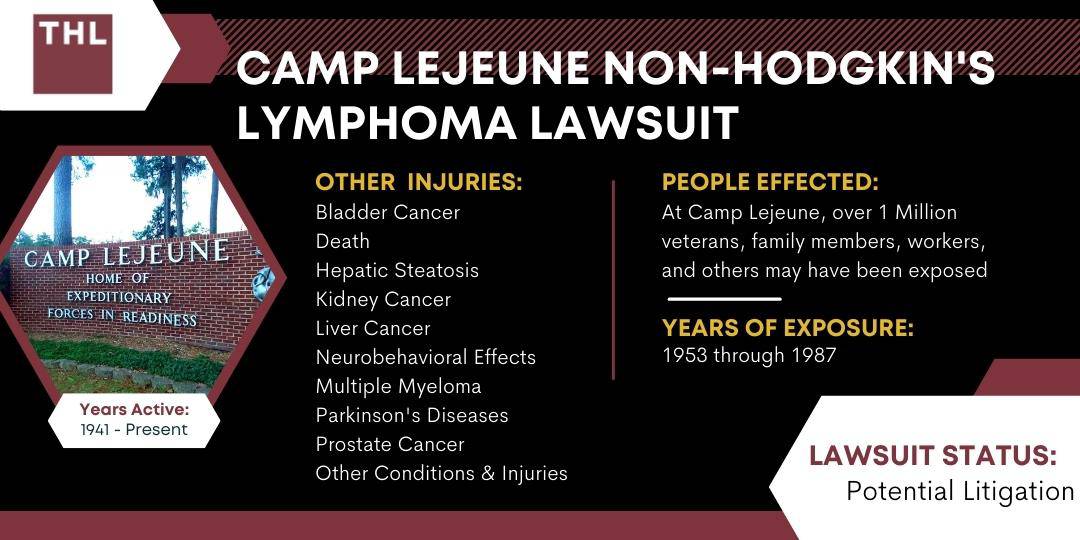 Exposure to contaminated water at Camp Lejeune has been linked to Non-Hodgkin’s Lymphoma.

If you or a family member were at Camp Lejeune between 1953 and 1987, and have developed Non-Hodgkin’s Lymphoma, contact TorHoerman Law for a free consultation or use the chatbot on this page to see if you qualify to file a Camp Lejeune Water Contamination Lawsuit instantly.

An increased risk of Non-Hodgkin's Lymphoma has been identified by professionals who've studied the contaminated water at Camp Lejeune and veteran medical records as a particularly common diagnosis. 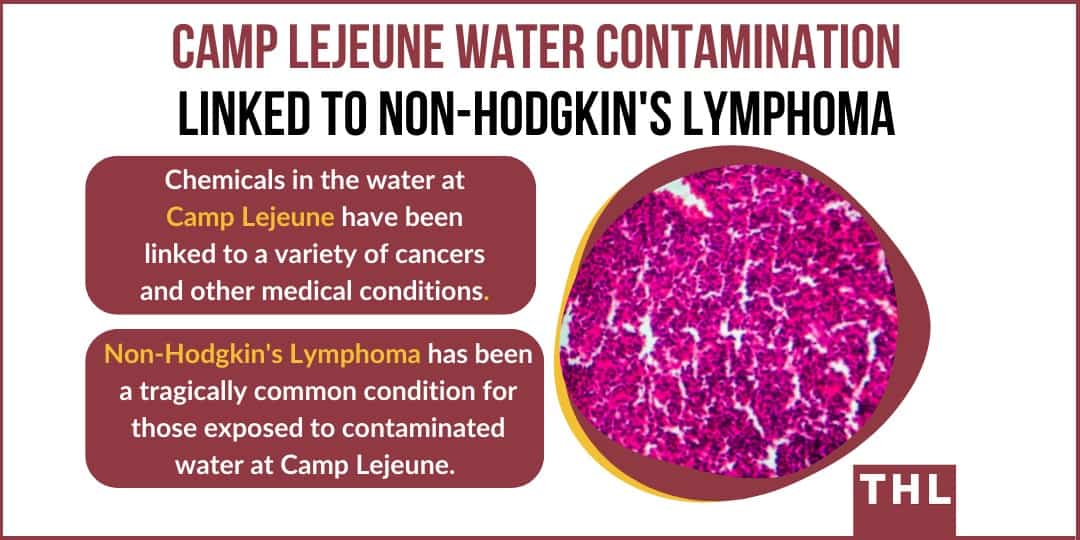 Non Hodgkin's Lymphoma is a type of cancer that begins in the lymph nodes/lymphatic system, causing white blood cells to grow abnormally and triggering tumors to grow throughout the body.

Non Hodgkin's Lymphoma can develop due to a number of different causes, including inherited/genetic or environmental/non-inherited and exposure-related risk factors.

In the case of Camp Lejeune water contamination, exposure to certain industrial chemicals or toxic chemicals has been found to potentially cause Non-Hodgkin's Lymphoma.

Non Hodgkin's Lymphoma and its causes

Non-Hodgkin Lymphoma diagnosis can be linked to a number of different factors, both environmental factors and non-environmental, genetic factors.

According to the Mayo Clinic, environmental Non-Hodgkin Lymphoma causes include, but are not limited to:

The water contamination at Camp Lejeune is no exception to the chemical exposure risk for non-Hodgkin's Lymphoma.

The Agency for Toxic Substances and Disease Registry (ATSDR) has sufficient scientific and medical evidence which shows that exposure to Perchloroethylene (PCE), Trichloroethylene (TCE) and Benzene at Camp Lejeune may have caused Non-Hodgkin's Lymphoma.

Research on the relation between PCE, TCE and Benzene exposure and Non-Hodgkin's Lymphoma include:

Non Hodgkin Lymphoma, albeit a common cancer diagnosis, can have serious complications if not treated as soon as the warning signs appear.

The symptoms of Non-Hodgkin's Lymphoma include the following:

There are serious complications associated with Non-Hodgkin's Lymphoma:

This bill is encompassed by the Honoring Our Promise to Address Comprehensive Toxics (PACT) Act, which grants new health care, disability compensation, disability benefits and Veterans Affairs (VA) benefits to veterans exposed to toxic substances during their military service.

If you, a family member or a loved one was exposed to toxic water at Camp Lejeune between these dates, and developed Non Hodgkin Lymphoma, you may qualify to file a Camp Lejeune Lawsuit. 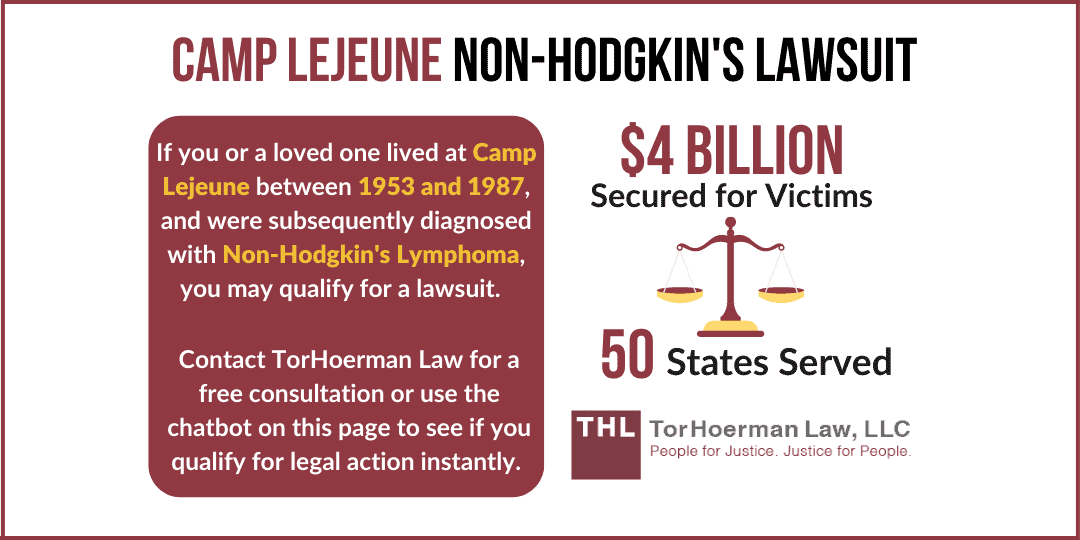 Non Hodgkin Lymphoma is listed on the Department of Veterans Affairs (VA) list of conditions that have a presumptive service connection to the Camp Lejeune water contamination.

We thank the brave veterans and active duty military members for their service to our country. Now let us serve you.

TorHoerman Law is accepting clients for the Camp Lejeune Non-Hodgkin's Lymphoma Lawsuits in all 50 states.